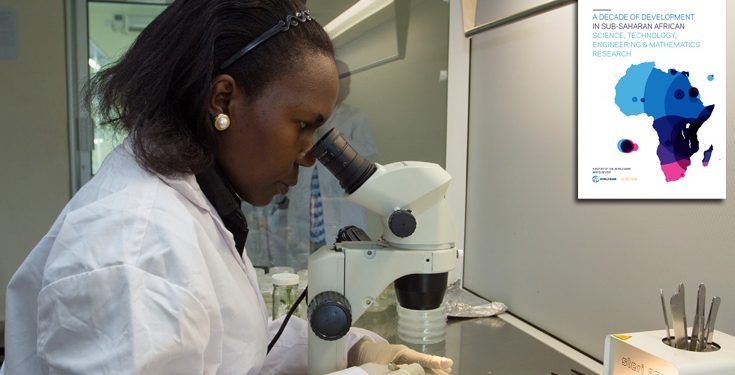 The World Economic Forum forecasts that Africa will be home to the world’s largest working-age population of 1.1 billion by 2034 hence the need for sound human driven scientific research

by Kimani Chege
in Africa, Health
0
Share on FacebookShare on LinkedIn

The African Academy of Sciences (AAS) is announcing the second round of calls for a multi-million-dollar research programme led and implemented by African scientists, working collaboratively to address challenges faced by people in African countries.

A total $72M has been invested into the second phase of the Developing Excellence in Leadership, Training and Science in Africa (DELTAS Africa) programme, a flagship programme of the AAS.

A similar investment was made in the first phase of the programme was implemented with the support of Wellcome and the Department for International Development (DFID). AAS is announcing a second call with support from Wellcome with additional funding to be announced in the future. This second phase will run from 2021 to 2025.

DELTAS Africa funds collaborative networks/consortia led by Africa-based scientists to support the Africa-led development of world-class research and scientific leaders on the continent while helping to strengthen African institutions. At the AAS, DELTAS Africa is implemented through the Academy’s funding, agenda-setting and programme implementation platform, the Alliance for Accelerating Excellence in Science in Africa (AESA platform), created in partnership with the African Union Development Agency (AUDA-NEPAD).

“Phase one has been a tremendous success as represented by the close to 1,500 scientists trained and the research generated. In phase two we want to amplify the impactful research and the critical mass of scientists to accelerate progress and create healthier nations,” said Dr Alphonsus Neba, the AAS’ Deputy Director Programmes, Science Support and Systems and DELTAS Africa Programme Manager.

The World Economic Forum forecasts that Africa will be home to the world’s largest working-age population of 1.1 billion by 2034. The second phase of DELTAS Africa will continue efforts to reap the population dividend by fostering intra-Africa collaboration, improving research environments and training researchers to conduct relevant, locally contextualized studies that advance knowledge on key research and development priority gaps.

The inclusion of social sciences and humanities is in response to the ‘state of crises in African social science institutions, reflected in diminishing resources, declining academic standards, falling outputs and limited engagement in domestic policy formulation’ as observed by the United Nations Economic Commission for Africa, UNECA.

The consequent dearth of a critical mass of social science research leaders on the continent and contextually relevant social science and humanities research outputs required for effective and efficient policy formulation and implementation on the continent has led to African governments’ dependence on renown international Think Tanks for policy information needs.

The AAS is keen on supporting social science research leadership and capacity on the continent to generate home-grown, quality, policy-relevant data for Africa’s policy decision-making and to address some of Africa’s most intractable developmental challenges.

“The great progress by the AESA platform has enabled Wellcome to renew our funding to the AAS for a further five years, to support both the funding platform and the DELTAS Africa programme. AESA will set the agenda and we will support, secure in the knowledge that funding decisions are being made closer to where the work is done and where the demand for that research can ensure it is matched to the health needs of those across Africa.” said Dr Simon Kay, Head International Operations, Wellcome.

The second phase of DELTAS Africa is an open and equal opportunity call to existing and new DELTAS Africa networks. It also seeks to balance research excellence and equity by encouraging collaborative networks with regions and countries that are traditionally considered less research-intensive. Further, all applicants are encouraged to leverage co-funding, complementary or in-kind support from their institution, host country or global partners for their proposed DELTAS Africa networks.