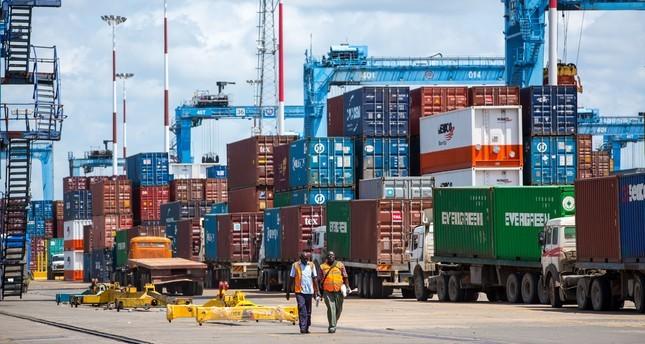 The United Nations Conference on Trade and Development argues that the phase of transition to the free trade area alone could boost intra-African trade by 33 per cent and increase manufacturing in Africa.

by Padili Mikomangwa
in Africa, Economic Growth, Tanzania
0
Share on FacebookShare on LinkedIn

The agreement, which came into force in May 2019, can revitalize the African economic landscape over time and space, especially with the existing in many African countries.

The AfCTA comprises of 55 countries (with a combination of $2.5 trillion GDP) in Africa to a unified-single market. Despite African countries’ economies variation, still the free trade agreement comes at a greater moment when various regions in the continent, including Southern African Development Community (SADC ) and East Africa Community (EAC) are working to harmonize their economic affairs to boost trade, security, and industrialization.

The current economic and trading landscape

According to the African Development Bank’s (AfDB) African Outlook report of 2019, it showed the continents overall economic performance is gaining decent improvement, as as the GDP reached at an estimate of 3.5 per cent in 2018, which is the same as in the previous year (2017) and higher from 2.1 in 2016, while the report projects a higher performance in 2019 of 4 per cent and 4.1 per cent in 2020.

Further, according to the Brookings report, the free trade measure could stimulate Africa’s economy if utilized strategically, just as it worked in other developed nations, including USA, United Kingdom, France, and Japan.

However, the industrialization landscape in Africa is not as much promising as depicted in most of the continent’s policy documents, but rather, a small interaction has been occurring over the decades, which is argued not to be health to the current economic climate.

The 2016 report commissioned by UK Department of development titled: Developing Export Based Manufacturing in Sub-Saharan Africa (SSA) showed that, contrary to other arguments, still employment, production, trade and foreign investment in the manufacturing sector has grown over the past decade.

The report also SSA countries are now exporting commodities with each other, whereby—from 20 per cent of total trade in 2004 to 34 per cent in 2014.

On the other side of the mark, SADC members have struggled with their free trade agreement activation since 2008, whereby—according to the recent summit held in Tanzania, it was revealed that: intra-regional trade has been growing steadily from 16 per cent of the regional GDP to 22 per cent in 2018.

The bloc with 16 member states, and with an array of natural resources to stimulate industrial complex potential, only exported goods worth $143 billion, which can be translated as $8.94 billion per country

The innate prospect of the agreement is to eliminate the tariffs by almost 90 per cent and boost trade in the continent and reduce non-tariffs barriers to trade.

In the best-case scenario and which the continent prefers eventually, by default the free trade landscape, tends to promote consumerism which forces more production which triggers, more production of goods with lower costs.

Then driving the economic growth by promoting innovation and enhancing efficiency of the manufacturing sector, which promotes overall exports and imports in the member’s countries.

According to the United Nations Conference on Trade and Development, in 2017 the exports and imports between African countries represented only 16.6 per cent of Africa’s total exports. This figure is low compared with exports within other regions: 68.1 per cent in Europe, 59.4 per cent in Asia, and 55.0 per cent in America.

Further, it is argued that intra-Africa trade will provide larger markets for African producers and encourage manufacturing, but also enhance the connection between production and consumption.

The United Nations Conference on Trade and Development also argues that the phase of transition to the free trade area alone could boost intra-African trade by 33 per cent and increase manufacturing in Africa. This line of argument is that free trade leads to industrialization and structural change.

It has been observed that shifting the production focus to the narrative as trade is not the problem. According to the report from Quartz Africa, still African exports operate from the colonial manual, whereby—the continent produces what it does not consume, affecting its trade strategies, infrastructure, and agreements.

It is important to boost the manufacturing landscape in Africa, which is driving the growth of economy required for high-quality growth of business operations, job creation, and improved incomes.

Reducing annoying bureaucracy within African countries is crucial, as building a substantial value chain requires smooth and reliable processes that can move resources from one port to another country.

However, another important aspect is on harmonizing regulations as depicted by Patrick Khulekani Dlamini, Chief Executive Officer and Managing Director of the Development Bank of Southern Africa, during the World Economic Forum on Africa.

“We need one-stop border posts and common rules and harmonious regulations to ensure that the flow of goods happens far more quickly and easily. Standardization of regulations is going to be extremely important,” he added.

It is vital for the continent to learn from other regions across the world and fetch the best lessons to adapt, so that—the free trade agreement can promote sustainable economic growth.

According to Mckinsey and Company data, Africa’s collective GDP by 2020 will hit $2.6 trillion, consumer spending will be $1.4 trillion in 2020, while Africans in the working-age will be 1.1 billion by 2040, almost 128 million households in Africa will be having discretionary income by 2020 and 50 per cent of Africans will be living in cities.

In light of these numbers, it is important for African countries to help each other grow, and promote their intra-regional trade operations within the best sustainable means as possible. Thus preserving security and peace is vital in the region as the past history of civil unrest has cost the continent billions and years of economic prosperity.

Jumia shuts down its operations in Tanzania