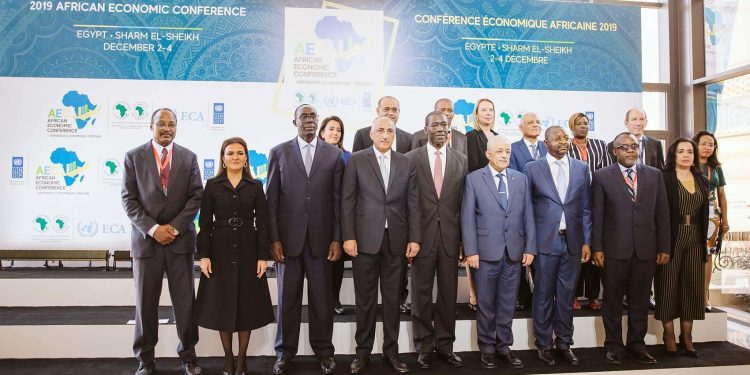 According to the World Bank, youth accounts for 60 per cent of Africa's unemployment

by Padili Mikomangwa
in Africa, Economic Growth
0
Share on FacebookShare on LinkedIn

The fourteenth edition of the 2019 African Economic Conference (AEC) has commenced in Sharm El Sheikh—Egypt, raising serious ideas towards sending a crucial call to African policymakers to gain a rather strong hold in addressing unemployment among youth in Africa.

According to a statement from African Development Bank (AfDB), African governments are expected to eradicate setbacks and high startup costs that African youth face, in order to create decent well-paying jobs.

The AEC is jointly organized every year by the African Development Bank, the Economic Commission for Africa and the United Nations Development Programme (UNDP) to discuss pertinent issues affecting the continent.

This year’s event is running on the theme: “Jobs, entrepreneurship, and capacity development for African youth”.

Egypt’s Minister of Investment and International Cooperation, Sahar Nasr, gave out a rather vital aspect on the matter during his opening plenary, highlighting that, the conference provided a critical platform to address the challenges of jobs for the youth on the continent.

“Africa is the next development frontier and the youths will be the main drivers of our continent and our hope for a new continent. We need to think strategically and plan for the youths of today,” He added.

African countries are addressing the youth unemployment crisis in different manners, as the most nations—operate in various socio-economic and political structures quite different from each other. Hence, according to the World Bank, youth account for 60 per cent of Africa jobless.

Further, Egypt’s Central Bank Governor, Tarek Amer, who is also Egypt’s Governor for the African Development Bank, said that “this is a matter that all policymakers across our continent are concerned about – we all have the vision to create jobs and boost entrepreneurship and the issue is how to convert the vision into reality.”

According to AfDB data, African youth population is expected to double by 2050 to 830 million, while over 263 million young people will lack employment stake by 2025—hence, having robust and data-driven policies is the viable approach to seek.

On the other side of the coin, Acting Chief Economist and Vice President of the African Development Bank Group, Charles Leyeka Lufumpa, commented that lack of jobs for the bulging youth population has become a troubling socio-economic and political emergency that requires urgent, pragmatic and forward-looking solutions.

“It is troubling because joblessness could result in unrest and conflict. Having a decent job is an essential part of human dignity, and joblessness could threaten our social fabric and cohesion,” Lufumpa commented.

According to AfDB, there are several other initiatives that have contributed significantly to youth empowerment across Africa. Notable among them is its Jobs for Youth Strategy to create 25 million jobs by 2025 and to equip another 50 million young people with a mix of hard and soft skills to increase their employability and entrepreneurial success.

Africa has only 11 years left to achieve the targets of the UN’s 2030 Agenda for Sustainable Development, the issue of youth productivity is critical for Africa, not least because the working-age population is central to improving the continent’s productivity and competitiveness.

However, available data from AfDB paints the unemployment scenario vividly, whereby—there are almost 10 to 12 million youth entering the job market yearly, while only 3.1 million jobs are created.

The Director of Macroeconomics and Governance Division at the ECA, Adam Elhiraika commented that in order to prepare young people for productive future work, governments should include in the educational curriculum action-oriented entrepreneurship modules for secondary, technical schools and universities.

“Africa should work hard to make its cities engines of growth that in turn will generate employment for the youth and ensure there’s equitable growth on the continent thus ensuring no-one is left behind as enunciated in the UN 2030 Agenda for Sustainable Development,” Elhiraika added.

Per the press release, one of the highlights of this year’s conference is a session for young African researchers to share their work and be the key proponents in shaping the future of the continent.

Also Read:Unemployment in Africa gives rise to a business venture

Kenyan woman spearheading the push for women in business in Africa