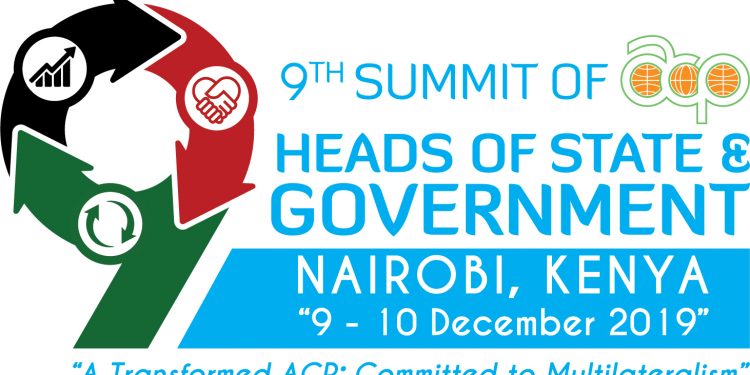 The African, Caribbean and Pacific Group of States (ACP) is an organization that brings together Africa, Pacific islands and Caribbean countries into one table for development purposes

by Kimani Chege
in Africa
0
Share on FacebookShare on LinkedIn

Kenya is expected to host several leaders of the African, Caribbean and Pacific (ACP) during the 9th ACP Summit of Heads of State and Government. The Summit is themed “A Transformed ACP: Committed to Multilateralism” and will be preceded by Ministerial Sessions from 6 to 8 December at the same venue.

The Summit comes at a time when ACP Group prepares to finalize the Post-Cotonou negotiations as well as the revision to its Constitutive Act, the Georgetown Agreement. At the 110th Session of the ACP Council of Ministers which will precede the Summit, Ministers will appoint the next Secretary-General for the term 2020 to 2025. The tenure of the current Senior Management Team expires on 28 February 2020.

The African, Caribbean and Pacific Group of States (ACP) is an organization created by the Georgetown Agreement in 1975 and brings together Africa, Pacific islands and Caribbean countries into one table for development purposes.

The ACP Group’s main goals centre around the sustainable development of its Member-States and their gradual integration into the global economy; coordination of the activities of the ACP Group in the framework of the implementation of the ACP-EU Partnership Agreements; consolidation of unity and solidarity among ACP States and establishing and consolidating peace and stability in a free and democratic society.

ACP Secretary-General, Dr. Patrick I. Gomes underscored the crucial importance of this 9th Summit, terming it: “A decisive opportunity to secure the ACP leadership’s endorsement, in principle, of the Post-Cotonou Agreement, with a view to its signing in early 2020. Substantive issues are tabled for discussion at the Ministerial meetings; and we look forward to exploring how we can advance the commitment to multilateralism by the ACP Heads of State & Government  to achieve the UN 2030 Agenda, and so meet current and future needs of citizens across the Africa, the Caribbean and Pacific regions.”

ACP Summits take place on average, every three years in an ACP Member State. They give ACP leaders from the 79-member ACP Group an opportunity to review the major developments of interest and concern to its members on the international scene in general, and in ACP States in particular. The Leaders will define the main orientations of the ACP Group’s general policy for the coming years and provide the Council of Ministers with appropriate directives for its implementation. In addition, the Summit will take stock of the Group’s cooperation with the European Union, its key development partner.