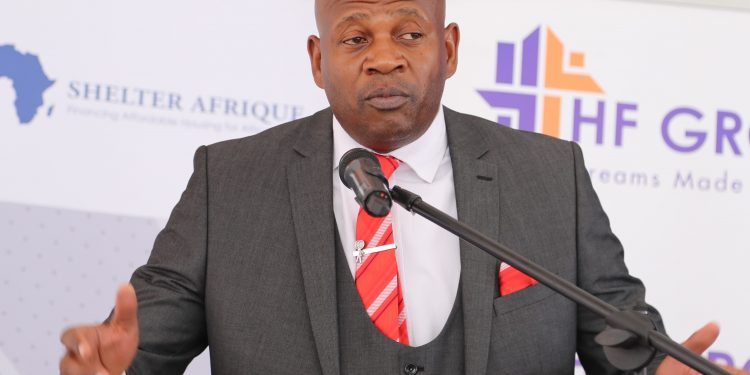 Amount expected to increase as Africa’s population and urbanization grows

by Chacha Mwita
in Africa, Investing
0
Share on FacebookShare on LinkedIn

Shelter Afrique Chief Executive Officer Andrew Chimphondah was speaking in Nairobi after the Company signed a Memorandum of Understanding (MOU) with Habitat for Humanity International (HFHI), which will see HFHI assist Shelter Afrique in mobilizing capital for affordable housing.

“Research from our Centre of Excellence (CoE) shows that the overall shortage of housing in Africa is estimated now to be 56 million housing units. Out of this, more than 90 per cent or 45 million units are in the affordable housing bracket. This means that for Africa to fully address the issue of affordable housing shortage, at an average construction cost of 25,000 dollars per unit, the continent requires at least 1.4 trillion US dollars excluding the cost of the bulk infrastructure; and we believe that this is substantial,” Mr. Chimphondah said.

Countries with growing housing deficit include Nigeria with a deficit of 22 million housing units; Tanzania and Democratic Republic of Congo with a deficit of 3 million units; and Kenya, South Africa and Madagascar with deficits of more than 2 million or more.

“For instance, with a deficit of over two million housing units, Kenya needs in excess of 50 billion dollars to adequately address the issue of affordable housing. This requires focused political leadership and we are encouraged by the efforts the Government of Kenya through the inclusion of Affordable Housing as a key priority in implementing the BIG 4 Agenda on the supply side, and the establishment of the Kenya Mortgage Refinancing Company to improve access to mortgage lending on the demand side,” Mr. Chimphondah said.

According to the company, the continent will require even more financial resources as individual countries continue to record rapid population growth and higher rate of urbanization.

“The solution lies in a well-coordinated and collaborative effort among all stakeholders, including governments, multilateral institutions, non-profit organizations, and the private sector represented by both established developers and financial institutions,” Chimphondah said, adding:“If we do not intervene, we are going to see the surge in slums and substandard dwellings across Africa.”