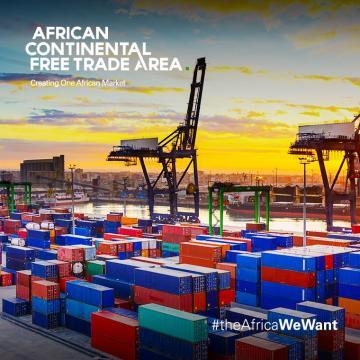 by Evelyn Shumba
in Africa, African Entrepreneurship, Small Business
0
Share on FacebookShare on LinkedIn
The African Continental Free Trade Area (AfCTA) is billed to transform the face of trade on the African continent. If its implementation becomes a success, AfCTA will bring a new lease of life for African economies. Its implementation initially delayed by the onset of the Covid-19 pandemic is set for the beginning of 2021. Given that small business enterprises play key roles in most economies across the continent, what does the advent of the trade agreement mean for SMEs in Africa?

READ ALSO: Why the African free trade area could be the game-changer for the continent& economies

Why Are Micro And Small Business A Subject Of Concern?

According to the World Bank, SMEs make up 90% of businesses in the world and cover more than 50% of the world’s employment. Formal small businesses contribute significantly to GDP. This contribution to GDP is significantly amplified when the informal sector is taken into account. It is for this reason that SMEs play a crucial role in the success of African economies.

With the implementation of the free trade area drawing near, it becomes imperative to assess the impact of AfCTA on these businesses.

Implications of AfCTA on SMEs in Africa

The African Continental Free Trade Area has a two-fold impact on small businesses. On the one hand, it offers several advantages but there are potential negative effects that cannot be ignored.

Advantages of AfCTA on SMEs

The trade agreements afford SMEs the opportunity to enter into new markets with relative ease. The removal of trade barriers on the continent will facilitate access to new markets for African small businesses. SMEs would now have wider market access in the form of the billions of people inhabiting the continent as opposed to only local market exposure. An increased customer base will help to enable innovation and improvement in business processes. Further, the transfer of technology becomes possible under the trade agreement as it eliminates country-specific barriers.

The successful implementation of AfCTA has the potential of increasing product and service offerings among SMEs within the different countries.

A direct result of the expanding markets will be an improvement in the manufacturing capacity of SMEs. This will in turn catalyze the economic development of AfCTA signatory states leading to more improved business for SMEs. A trickle-down effect of this improvement will be the opening up of better, more fulfilling employment opportunities and in the process, creating a larger middle-class. Thus the African Continental Free Trade Area would create a snowball effect ensuring maintained capacity-building for small businesses on the continent.

Removal of barriers to trade will also have the effect of streamlining bureaucracy and ease of doing business. This will potentially have the effect of attracting higher levels of investment both local and foreign into key manufacturing sectors, spiraling forward the productivity cycle. This will, in turn, stimulate lending, facilitating improved access to finance and capital for small businesses.

The free trade area will allow SMEs access to raw materials from other countries at a more efficient rate and potentially cheaper prices. One of the reasons for the high sources of raw materials includes import tariffs and customs duty imposed at a local level by governments. Removal of these will in effect result in supply-side efficiencies, thereby translating to improved production processes and improved profitability.

To support efficient cross-border trade across the continent, technological enablers such as fintech based payment platforms are necessary. The increased emergence of these tools would directly impact access to financial services on the continent and improve financial inclusion. This would itself open up more opportunities for the emergence of small business start-ups in the areas of technology. Disruptive technologies tend to stimulate similar innovations in different areas as think-tanks expand their horizons. This would effectively translate to an all-encompassing move towards technological innovations improving the fate of small businesses.

However, there are some disadvantages associated with free trade areas that may affect SMEs negatively.

Disadvantages of AfCTA on SMEs

SMEs in the smaller economic regions of the continent would be disproportionately affected by the free trade area. There is the chance that SMEs already operating in the bigger economies would have faster access to the market riding on their already existing efficiencies and economies of scale. This would crowd out the smaller SMEs potentially forcing them out of the market.

SMEs from the countries that contribute significantly to Africa’s GDP such as South Africa and Nigeria are already larger in comparison to those from the smaller economic nations such as Malawi, for example. The lack of a level playing field in this respect could spell doom for those smaller SMEs.

The advent of technological payments, while facilitating the ease and efficiency of trade, carries the risk of cybercrime susceptibility which most SMEs may be ill-equipped to deal with. As it stands, internet penetration is still low in most African nations. This means that the learning curve for entrepreneurs in using these digital technologies efficiently and safely might be steep. Consequently, this opens them up to be at the receiving end of criminals who can target them from anywhere in the world.

Opening up the African market may result in challenges such as intellectual property theft which many African countries are inadequately kitted to deal with. Further, the high levels of bureaucracy and conformism with most African governments would result in SMEs failing to seek quick rectification of issues as they arise.

While AfCTA may stand to accelerate the industrialization of Africa, there is the question of those countries that have not ratified the agreement. Only 28 countries have so far appended their signatures to the agreement. This effectively means the rest will not participate when the trade agreement commences. Given that some of Africa’s largest economies like Nigeria have joined the agreement, it would make companies operating within the confines of the trade zone a formidable force.

Through the increased transfer of technologies, goods, and human resources in turn will power even the smaller markets within the agreement. For those outside the agreement, however, there is a possibility of increased protectionism as they most likely will not be able to stand the heat of the competition.

Being that as it may, technology and removal of borders through digitalization will pose a serious threat to the viability of protectionist policies and more especially small businesses operating in those economies. The “made-in-Africa” tag will likely supersede any local brand and if the agreement is successfully implemented it spells an uncertain future for those left behind. The extent to which SMEs in the non-AfCTA member states will be disadvantaged will depend to a larger extent on the success of the agreement itself.

On the other hand, however, non-AfCTA states that fall in transport and supply chain routes for AfCTA trade might still be able to take advantage and benefit from gateway trade.

This also brings into question how the policy will be implemented given that there are other member states in the transport and supply channels who have not come on board. As such cautious optimism might be the stance to take as we await to see how the free trade area will operate at the start of the year.

The economic complexities on the continent could serve as potential hindrances for the effective implementation of the free trade area, thus affecting SMEs for the worst. However, signatories of the agreement must focus on capacitating local SMEs to be positioned to take advantage of this agreement. Further, the terms of the trade must take into account fair competition policies to avoid the demise of small businesses.

That being said, the African Continental Free Trade Area still poses an enormous opportunity for SMEs to reap the benefits of increased integration. Resorting to protectionism will only restrict African SMEs to low-income opportunities and high bottlenecks within their countries. Moving forward, the implementation of AfCTA must take into account regulations that promote small businesses to achieve rapid economic growth while sustaining livelihoods.

The plethora of the digital world: What works Africa