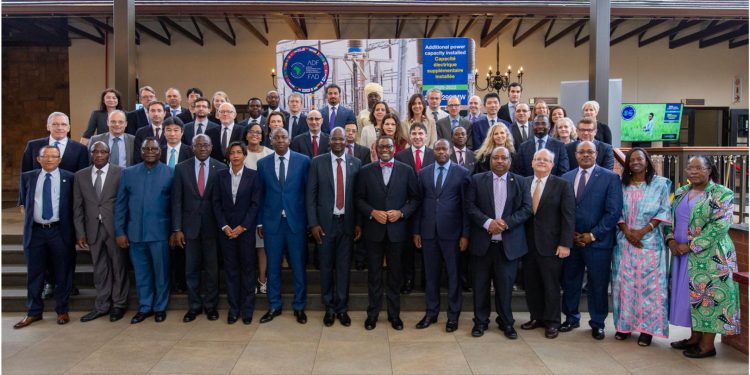 The Fund has cumulatively invested up to $45 billion over its 44 years of operationalization on the African continent.

The boost which came to fruition on Thursday 5 December 2019, comes as a good sign to the funding landscape in the bank, showing how AfDB commands trust and further the development funding sphere in Africa.

According to AfDB, the ADF which was established 1972 and became operation in 1974, contributes to poverty reduction and economic and social development in the least developed African countries by providing concessional funding for projects and programs, as well as technical assistance for studies and capacity-building activities. The Fund has cumulatively invested up to $45 billion over its 44 years of operationalization on the African continent.

On the same note, the AfDB is the sole administering body, whereas it comprises, to date, 32 contributing countries and benefits 38 countries. The 38 ADF-eligible countries include those that are increasing their economic capacities and heading toward becoming the new emerging markets, and also those which remain fragile and need special assistance for basic levels of service delivery.

However, the ADF has the challenge of having nearly half its client countries as fragile states, and facing a situation where even stable economies can become fragile due to a single internal or external shock.

As the World Bank data show that growth in sub-Saharan Africa is projected to rise to a modest 2.6 per cent in 2019 from 2.5 per cent in 2018, it is vital to analyze the potential of the fund-boost in realizing Africa’s development potential.

Africa has a large pool of youth as viable human capital, who are learning and adopting modern means of wealth generation, accelerated by digital technology, which has been driving development of digital economy in most active economies in the continent, which stands to decrease poverty by 1 per cent per year and promote growth by 2 per cent per year.

The World Bank report on Africa economy, shows that—excluding Nigeria, South Africa, and Angola, growth in the rest of the subcontinent is expected to remain robust, although slower in some countries, but also—the report argues that, in Central African Economic and Monetary Community countries, which are also resource-intensive, activity is expected to expand at a modest pace, supported by rising oil production. Growth among metals exporters is expected to moderate, as mining production slows and metal prices fall.

More importantly, the World Bank is working tirelessly to ameliorate the agriculture landscape in Africa, which AfDB has fueled millions into various projects, whereas—it is argued that, the  Africa Climate Business Plan has delivered significant results in the areas of agriculture, integrated watershed management, ocean economies, climate resilience in coastal zones, and renewable energy.

So far the World Bank, has approved a total of 176 projects for a total commitment of $17 billion. The International Development Association (IDA), which funds for the world’s poorest countries, stands to provide $22.5 billion for climate adaptation and mitigation in Africa from 2021-2025.

The fifteenth replenishment of the ADF named ADF 15, will support Africa’s most vulnerable countries by tackling the root causes of fragility, strengthening resilience and mainstreaming cross-cutting issues.

Over the past 45 years, the ADF has played an important role in the development journey of African low-income countries.

According to AfDB, the ADF has made a difference and positively impacted the lives of millions by: Improving access to electricity for 10.9 million people in just nine years.

“ADF-15 covers the period 2020-2022 and will build on successes of the fourteenth replenishment by being more selective and focused, but also it will focus on two Strategic Pillars: quality and sustainable infrastructure aimed at strengthening regional integration; and human governance and institutional capacity development for increased decent job creation and inclusive growth.” Press release reads.

“There is no better vehicle than the ADF,” he said. “Going forward, an ambitious programme of development lies ahead,” Dlamini added.

The press release as showed that, in the next coming three years, the Fund will scale up its interventions with bold and profoundly transformative projects such as Desert to Power stretching across the Sahel region. This flagship programme, aims at transforming the Sahel into the world’s largest solar production zone with up to 10,000 MW of solar generation capacity and 250 million people connected to electricity.

Further, as part of the initiative, the Yeleen Rural Electrification Project in Burkina Faso is set to provide access to electricity to 150,000 households, while the Djermaya Project in Chad will generate 10 per cent of Chad’s power capacity.