The 2020 Forbes list of Africa’s Billionaires does not have any women on it, while on their 2020 list of the world’s billionaires only 11.5% are women.

by Evelyn Shumba
in Africa
0 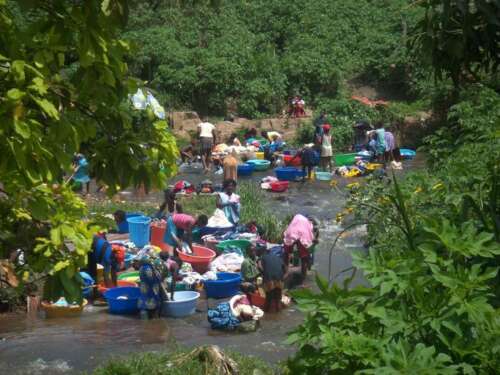 For the first time in the 25–year history of the World Trade Organisation (WTO) an African woman is set to take over as Director–General. Three women were shortlisted amongst the final five and ultimately two highly qualified women made it to the final round of consideration for the top position; no woman had ever made it to this stage in the history of the institution. Dr. Ngozi Okonjo-Iweala became the obvious front-runner after her South Korean rival withdrew and the US reversed its previous opposition to her taking the leadership role of the body. There may still be some impediments but the future for African women is bright!

Is the gender gap a reality?

Globally, women have fewer opportunities for economic participation than men, less access to basic and higher education, greater health and safety risks, and less political representation. Women comprise more than 50% of the world’s population, yet they only own 1% of the world’s wealth. The 2020 Forbes list of Africa’s Billionaires does not have any women on it, while on their 2020 list of the world’s billionaires only 11.5% are women.

Only 5% of Fortune 500 CEOs are women. Companies greatly benefit from increasing employment and leadership opportunities for women, which is shown to increase organizational effectiveness and growth. It is estimated that companies with three or more women in senior management functions score higher in all dimensions of organizational performance.

In legislatures around the world, women are outnumbered 4 to 1, yet women’s political participation is crucial for achieving gender equality and genuine democracy.

There are 130 million children who are not enrolled in primary school and 70 per cent of them are girls. The UNESCO Institute for Statistics (UIS) estimates that women account for more than two-thirds of all 750 million adults in the world who do not have any basic literacy skills.

The role of women traditionally, has been running the home, nurturing the children and taking care of her husband, while men were to provide for the family financially.  Girls helped with household chores whilst boys helped with the other ‘masculine’ duties or were trained by their fathers in various skills. The woman’s job was to maintain peace and harmony at home, while the man dealt with the bigger issues. However in today’s world the roles are reversed; men as chefs are doing wonderfully well all over the world—the stereotype image of a woman as being subjected to the kitchen is being abolished. Still, to date women bear an unequal responsibility for unpaid care and domestic work; they spend around 2.5 times more time on unpaid care and domestic work than men.

As women spend more time in unpaid work, their prospects of participating in the labour force, education, community development and even entrepreneurship are reduced. This unpaid care work is essential to the functioning of the economy.  If it were assigned a monetary value, it would constitute between 10 per cent and 39 per cent of GDP, but it is never officially accounted for. Yet it is what leads to the exclusion of women in most economic activities that could bring about their emancipation.

The most imperative hurdles that prevent girls and women from exercising their right to receive and complete their education include: geographical isolation, poverty, minority status, early marriage and pregnancy, disability, gender-related violence, and traditionally developed attitudes regarding the role and status of women. All these factors limit women’s benefits from education.

Women by nature have a gendered caregiving role in the household, which is why it has been said that an emancipated woman improves the whole community. Women’s financial emancipation usually benefits the whole community as they will take care of family members. Research has shown that women migrant workers are often more likely than men to remit on a regular basis. Guaranteeing the rights of women and giving them opportunities to reach their full potential is critical not only for reaching gender equality, but also for attaining many international development goals. Empowered women and girls contribute to the health and productivity of their families, communities, and countries.

There are some retrogressive laws world-wide, which oppress women and deprive them of their rights. More than 2.7 billion women are legally restricted from having the same choice of jobs as men. Of 189 economies assessed in 2018, 104 economies still have laws preventing women from working in specific jobs, 59 economies have no laws on sexual harassment in the workplace, and in 18 economies, husbands can legally prevent their wives from working. This has led to unfair wealth distribution as women continue to earn much less than their male counterparts. Women have been shut away from pursuing their dream jobs, as these have been reserved for men.

The repressive laws also perpetuate violence against women, as men are not held accountable for their actions. Women’s vulnerability reduces their self-esteem and reduces their confidence, ultimately reducing their ability to perform to the best of their abilities.

Is there a future for women in the economy?

Stories of how women have risen above gender disparities continue to inspire fellow women. Dr. Okonjo-Iweala has shown beyond doubt that women cannot continue to be regarded as the weaker sex. She has shown that women are capable of leadership. During her tenure as Nigeria’s finance minister, she succeeded in reducing rampant corruption thereby making Nigeria a more favourable investment destination. The issues she confronted in that role were politically thorny, economically cumbersome and personally risky, but she overcame them. Okonjo-Iweala was also bold enough to take over the reins of the WTO, an organisation whose relevancy as the regulator of world trade has diminished. She shows that women are employable and they can deliver outstanding results while at it.

Achieving change requires policy and programme actions that will improve women’s access to secure livelihoods and economic resources, alleviate their extreme responsibilities with regard to housework, removal of legal impediments to their participation in public life, and raise social awareness through effective programmes of education and mass communication.

Ellen Johnson Sirleaf, the first female president in Africa has also shown that women are capable leaders at national level. She completed two terms as president of Liberia from 2006 to 2018. This shows that Africa is gradually changing the perspective of women; their efforts and capabilities are now gaining recognition. Bibi Titi Mohamed championed Tanganyika’s – now Tanzania’s – nationalistic struggle for independence from under British rule in late 1950s.  She spearheaded the women’s wing of the pro-independence party holding different ministerial positions post-independence.

Even younger women are getting political recognition. In Botswana, trade economist and consultant Bogolo Kenewendo was only 29 when she was appointed Minister of Investment, Trade, and Industry. In 2018, Zimbabwe appointed 35 year–old Kirsty Coventry, former Olympics swimmer, and world record holder, as the minister of Youth, Sport, Arts, and Recreation. Vera Daves De Sousa became Angola’s finance minister in 2019 at the age of 35.

Women empowerment is vital in bringing about change to Africa and breaking stereotype to assist in the greater benefit of society at large, as it increases their chances of achieving the Sustainable Development Goals. Improving the status of women also enhances their sense of self-worth, decision-making power, access to opportunities and resources, power and control over their own lives inside and outside the home, and their decision-making capacity at all levels in all spheres of life.

There is still a long road ahead. World Economic Forum’s Global Gender Gap report states that at the current rate of progress, it will take 108 years to reach gender parity globally, but Dr. Ngozi Okonjo-Iweala’s ascension is a reminder that we will get there one step at a time.

Also Read: Is Investing in Africa a Sustainable Strategy? 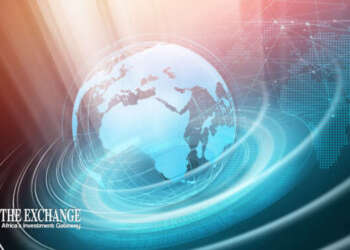 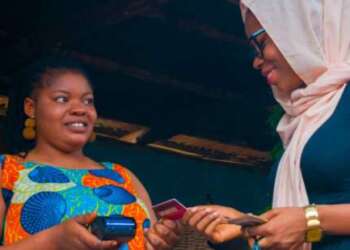 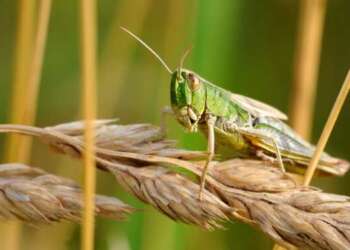