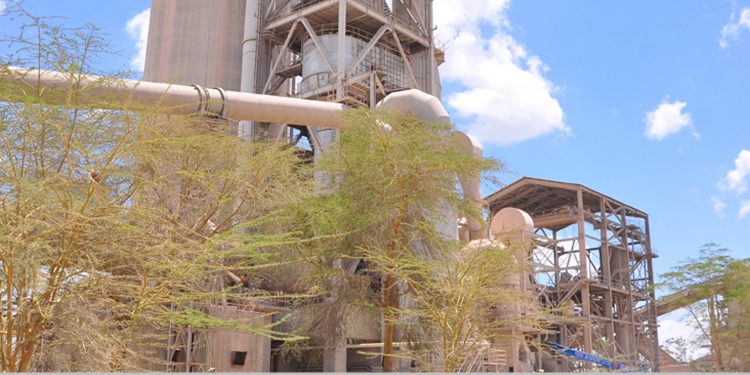 Company Currently, the company suffers daily losses of up to 8 million shillings.

by Kawira Mutisya
in Africa, East Africa, Kenya
0
Share on FacebookShare on LinkedIn

The East African Portland Cement Company has announced its move to retrench its entire staff this month.

The firm said in a memo that was seen by The Exchange that in the last three years, the company’s market share has drastically reduced.

“Company Currently, the company suffers daily losses of up to 8 million shillings.” Read a memo from the firm signed by the Acting Managing Director Mr Stephen Nthei.

The firm has been posting poor performance in the recent past and the competition has eaten into its market share and subsequent profitability.

“This may be attributed to many reasons, key among them being increased competition and inadequate working capital. Further, the company’s old and dilapidated plant and machinery require resources to modernise so as to provide the institution a competitive advantage. These basic challenges touch on the company’s ability to meet crucial performance indicators including staff costs.” The memo read in part.

The state has now forced the company to restructure its operations which include a staff rationalization programme to balance the institution’s running costs and current levels of productivity.

“The company therefore is compelled to undertake a restructuring of its operations. This process will, unfortunately render jobs redundant. In the spirit of fairness and in regard of the service, rendered by the affected staff, this exercise will be done within the provisions of section 40 of the Employment Act, Collective Bargaining Agreement and fair administration of rights as enshrined in the Constitution 2010.” Mr Nthei noted.

As a result the restructuring program, all positions in the company will be declared redundant and the employees released. Subsequently, all jobs will be reconfigured in terms of job consolidation and enrichment in line with the restructured and leaner organisation structure to ensure compliance with the provisions of section 40 (1) of employment Act, the company undertakes to utilize the following criteria:

The restructuring program will cover both unionisable and non-unionisable cadres across the board. This exercise will be carried out progressively within the applicable legal provisions.

EAPCC in the recent past

Last year the firm also reported yet another loss of  Sh1.3 billion ($12,62 million) loss in the six months period ended December 31, 2018, as the firm struggled with low revenues from its business.

According to the memo, the company’s board of directors has considered various options for executing the restructuring program with the intention of reducing any adverse impact to the employees.
A meeting will be held with all the staff on the 16th of August this year to further discuss this process.

Since 1933 the East African Portland Cement Company has been Kenya’s leading cement manufacturer producing world class cement. By providing the ‘lifeblood’ of the construction industry since the nation’s inception, cement, we have helped build Kenya from the ground up in areas such as housing, education, health, tourism, transport and communication.

The East African Portland Cement Company started as a trading company importing cement mainly from England for early construction work in East Africa. It was formed by Blue Circle Industries United Kingdom. The name Portland was given due to the resemblance in colour of set cement to the Portland stone that was mined on the Isle of Portland in Dorset, England.

It was not until February 1933 that the Company was incorporated in Kenya with the first factory in Nairobi’s Industrial Area. The Company had one cement mill (Mill No. 2) and used to import clinker from India. The production capacity was about 60,000 tonnes of cement.

In December 1956, construction of the Athi River facility started. The factory was commissioned in 1958 and consisted of a Rotary Kiln (Wet), a big cement mill (Cement Mill 1 & 3) which significantly increased production capacity to 120,000 tonnes per annum.

In the last few years, EAPCC has greatly expanded its production capacity. With the introduction of Mill No. 5 and the embrace of Coal energy, the Company can presently produce over 1.3 million tonnes of cement per annum at reduced cost. Furthermore, the Company’s recently implemented ERP system was recognized as the best for 2011.