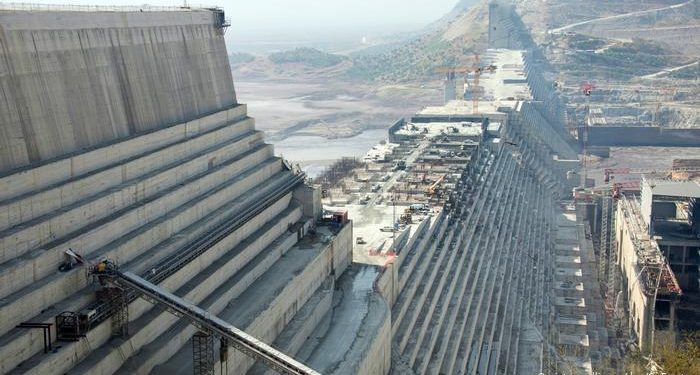 The hydropower project caused a rather serious diplomatic crisis between Cairo (of which relies on the river for its freshwater supply) and Addis Ababa.

by Padili Mikomangwa
in Africa, Energy
0
Share on FacebookShare on LinkedIn

The giant hydropower dam on the Blue Nile (Grand Ethiopian Renaissance Dam-GERD) agreement is set to be finalized later this month in Washington-USA by ministers from Egypt, Ethiopia, and Sudan, who came to an agreement on Wednesday, Reuters reveals.

The hydropower project caused a rather serious diplomatic crisis between Cairo (of which relies on the river for its freshwater supply) and Addis Ababa.

According to Reuters, the ministers agreed to fill the $4 billion project in stages during the wet season, taking into account the impact on downstream reservoirs, the U.S. Treasury Department, which hosted the meeting, said in a joint statement with the countries and the World Bank.

Further, the statement highlighted that the initial filling of the dam set to commence in July will aim for a level of 595 meters above sea level and early electricity generation while providing appropriate mitigation measures for Egypt and Sudan during severe droughts.

The ministers will hold technical and legal talks ahead of their Jan. 28-29 meeting in Washington, where they plan to finalize the agreement, the statement revealed.

On the other hand, Egypt fears the dam, announced in 2011 and under construction on the Blue Nile near Ethiopia’s border with Sudan, will restrict supplies of already scarce Nile waters on which its population of more than 100 million people is almost entirely dependent.

Ethiopia which has also a population of more than 100 million people refuted the latter and insisted that the project is crucial to its economic development, as it aims to become Africa’s biggest power exporter (as currently, it exports electricity to Djibouti and Sudan) with a projected capacity of more than 6,000 megawatts.

Also, Reuters noted that the three regional powers convened in Washington for the third time on Monday, aiming to reach a deal before Wednesday’s deadline the nations had agreed to follow a November meeting with U.S. Treasury Secretary Steven Mnuchin and World Bank President David Malpass.

Previous meetings ended without agreement, with Egypt voicing concern that Ethiopia had not offered sufficient guarantees that filling the dam would be slowed during droughts.

Tanzania Education gets a $ 90 million boost