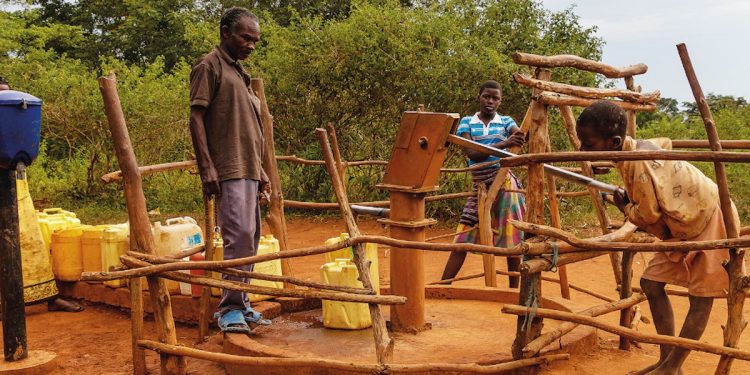 Estimates indicate that $64 billion will be needed annually to meet the continent’s water-related needs, yet currently, investments in water infrastructure in Africa each year range between $10 and $19 billion.

by june njoroge
in Africa
0
Share on FacebookShare on LinkedIn

Africa is endowed with abundant natural water resources, being home to large freshwater bodies revitalizing the continent in a myriad of ways, spurring various social and economic initiatives. However, in stark irony, Africa is the second driest continent in the world after Australia, and millions of Africans lack access to clean water, while still perennially suffering from shortages. This has remained among the long-standing wounds ailing the continent, which need to be urgently remedied.
According to a 2019 report by the World Resource Institute (WRI), access to water remains a pervasive development issue across the continent. An analysis by WRI of five cities in Sub-Saharan Africa revealed that less than 25% of the urban population has access to safely managed water, with only 42% having access to safely managed sanitation services. Africa loses 5% of its GDP every year due to water scarcity, with the Middle East and North Africa (MENA) region experiencing the greatest economic loss from climate-related water scarcity, projected to range between 6% and 14% respectively by 2050, according to the World Bank. In the bargain, nearly 63% of urban areas in Sub-Saharan Africa lack access to basic water and sanitation.

Read: Water shortage threatens endangered species in Africa
The theme for the recently passed World Water Day celebrated annually on March 22nd was ‘Ground water-Making the Invisible Visible’. The theme essentially presented a golden chance to call to attention the hidden treasures beneath our feet and how tapping into this precious resource, could help alleviate the weight of the water scarcity across the continent. Furthermore, it was an opportune time to assess the state of water security and sanitation, in order to chart new ways to address the crisis. It’s estimated that over 40% of Africans use groundwater as their main source of drinking water, particularly in North and South Africa.


Albeit treated piped water is still the most important source of potable water, recording 39% utilization in urban areas, boreholes are quickly gaining prominence at 24%. Currently, groundwater is vital in the sustenance of ecosystems, maintenance of the base flow of rivers, prevents land subsidence and seawater intrusion. In addition, it provides half of the drinking water globally; an estimated 40% of water for agriculture irrigation and about 1/3 of water supply utilized for industrial purposes and is often the constant year-round supply of fresh water, especially in rural areas. Groundwater reserves in Africa are estimated to be 20 times larger, than water stored in lakes and reservoirs above the ground; these are freshwater stores that flow in rocks and sediment beneath the earth’s surface.
According to the African Development Bank (AfDB), estimates indicate that $64 billion will be needed annually to meet the continent’s water-related needs, yet currently, investments in water infrastructure in Africa each year range between $10 and $19 billion. The Africa Water Vision for 2025”, a document that guides African countries in shaping water policy and programs; launched by the AfDB highlights that inadequate access to water and sanitation is a leading cause of numerous diseases, consequently resulting in economic loss and extreme poverty.
The 2021 World Meteorological Organization’s ‘State of Climate Services’ report, indicates that in the past five decades, Africa was hit by 1695 disasters related to the weather, water and climate. Africa’s Agenda 2063 stipulates water security as one of its priority areas under its first aspiration, which calls for a prosperous Africa, based on inclusive growth and sustainable development. Similarly, Goal 6 of the UN Sustainable Development Goals (SDGs) recognizes and advocates for access to clean, safe and affordable water and sanitation, as a fundamental human right.
The presence of the longest river in the world being in Africa, the Nile through its two main tributaries the Blue and the White Nile, has been a blessing for many African nations as it brings together 11 riparian countries which include Ethiopia, Kenya, South Sudan, Egypt, Uganda, Burundi, Rwanda, DRC, Eritrea and Tanzania. The Blue Nile originates from Lake Tana in Ethiopia whilst the White at Jinja on the northern shore of Lake Victoria in Uganda. The two converge at Khartoum in Sudan and proceed northwards; through Egypt before emptying in the Mediterranean. However, these precious waters have brewed conflict, especially between Egypt and Ethiopia in regard to the construction of the Grand Ethiopian Renaissance Dam (GERD).
The gravity of Africa’s Severe Water Stress
‘Water is life’; a precious and vital natural resource, however, it is not universally enjoyed by many Africans with 1 in 3 Africans facing water scarcity and approximately 400 million people in the Sub-Sahara lacking access to basic drinking water. Water scarcity can either be economic or physical, the latter refers to water being inaccessible due to institutional failings that include lack of planning, infrastructure and investment; whilst the former is brought about by climate change and includes changes in weather patterns manifested by occurrences such as droughts.
Global warming has adversely affected numerous countries on the continent, spelling humanitarian crises such as water stress evidenced by devastating droughts. The climate crisis has led to drying rivers and lakes, leaving some communities forced to travel for long distances to access basic drinking water. According to UNICEF, over 226 million people in Eastern and Southern Africa which translated to 47% of the region’s population (have no access to at least basic drinking water services. The highest burden is in countries like Ethiopia (61 million), Uganda (27 million) and Tanzania (24 million). In addition, over 78 million school-age children across this region have no access to daily clean drinking water services. Africa experiences both, making water a somewhat luxury.
Water scarcity opens a Pandora’s Box of calamities such as food insecurity as water is the lifeblood of agriculture; most African countries are dependent on agriculture which not only offers food security but also significantly contributes to the continent’s GDP. In addition, the lack of water for sanitation causes the spread of waterborne diseases such as cholera and diarrhoea. Madagascar is endowed with abundant water, but has been a critical victim of the climate change crisis and now suffers prolonged drought and famine, due to alterations in its hydrological cycle. Similarly, a large majority of Nigerians have no access to clean water and find it difficult to pay for; the lack of clear government financing in the country’s water sector has stunted its development, leaving ordinary citizens to bear the brunt.

Read: Dirty water? The ripple effect on people and governments
Harnessing the Potential of Groundwater in Africa
Accessed through boreholes, wells and springs, groundwater could be the answer to Africa’s water scarcity predicament. Groundwater in the continent is mostly used as drinking water, irrigation and for manufacturing; however only little of it has been extracted hitherto. The ever-burgeoning population only increases the urgency for the withdrawal of ground water, to fetch more to drink and for agricultural purposes to avert the frequency of droughts and famine.
Groundwater is an essential resource that could serve to alleviate food insecurity in the continent through sustainable crop irrigation, in order to preserve underground reservoirs for future generations. Sustainable development of groundwater in Africa will have profound implications on the continent.
In North Africa, South Africa, Egypt, Mali, Sudan, Mozambique and Zimbabwe, large-scale irrigation has long been practiced and significantly contributes to the economic development of these nations. By the same token, Ethiopia, Senegal, Madagascar and Somalia boast robust medium-scale irrigation projects. Similarly, numerous small-scale projects have been constructed in Kenya, Ghana, Zambia, Nigeria, Côte d’Ivoire and Burkina Faso.
However an important factor to consider is the resilience of ground water and how it can be replenished. According to research, in wetter parts of the continent ground water is mostly replenished by rainfall that permeates through the soil to the water table; whilst in drier regions ground water is recharged by leaking streams and ponds.
African leaders are spearheading strategies to increase funding, that will facilitate more extraction of groundwater, to help alleviate the mounting water stress in the continent, thereby fortifying water security. The UN member states have also been proactive, for instance, Portugal in partnership with Kenya is organizing a High-Level Symposium on Water in Lisbon; during the 2nd Ocean Conference from 27th June to 2nd July, a gesture to promote an integrated vision of the water cycle.


The African Ministers’ Council on Water (AMCOW) runs a Pan-African groundwater program (APAGroP), whose vision is to improve the livelihoods of the African people, through improved groundwater policy and practice, sustainable and equitable use to boost food security and resilience in the continent. Furthermore, it aims to increase awareness and political commitment to groundwater, strengthen national groundwater policy frameworks and institutions, forging efficient linkages to boost continental cooperation, and to improve groundwater use, management and governance in Africa.
The Water, Sanitation and Hygiene (WASH) initiative, being pursued by SADC with the support of the Global Water Partnership (GWP), is also vital in advancing critical water-related goals, whilst facilitating intra-regional trade. Into the bargain, the Water Investment Scorecard is yet another initiative, a data-driven approach that by tracking progress will aid in keeping decision-makers in check, by sustaining the required pressure. In an effort to seal the deficit, the AU adopted the Continental Africa Water Investment Programme (AIP), with the key objective of accelerating investment in climate-resilient national, transboundary and regional water infrastructure that comprise of irrigation systems, dams, sanitation facilities and water management information systems. The program is projected to create at least five million jobs and garner $30billion of investment in the priority areas.

Read: Investing in distressed securities: The case of Sibanye Stillwater 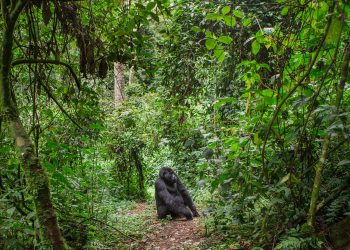