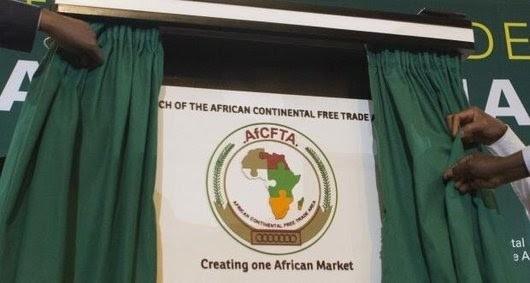 AfCFTA is a duty-free and quota-free covering the entire African Continent with a total population of 1.2 billion and a combined GDP of almost $3 trillion.

by Caroline Muriuki
in Africa, Africa's Development, Industry and Trade
0
Share on FacebookShare on LinkedIn

An official statement, issued by Ghana’s Public Relations Office of the Ministry of Trade said the three-day meeting would be followed by the 10th meeting of the Committee of Senior Trade Officials which will begin from December 12 to 13, 2019. While the African Ministers of Trade Meeting and the AfCFTA Council of Ministers Meeting will follow from December 14 to 15, 2019.

According to the statement, the African Continental Free Trade Area (AfCFTA) Negotiating Forum will seek to finalise outstanding works on the first phase negotiations which deal with the trade in goods and services protocols and dispute settlement mechanisms.

The meeting will also see the establishment of technical Working Groups on investments, competition policy and intellectual property rights.

AfCFTA is a duty-free and quota-free covering the entire African Continent with a total population of 1.2 billion and a combined GDP of almost $3 trillion.

The Free Trade Area also aims at solving the challenge of small fragmented markets in Africa by creating a single continental market which will influence the economies of scale, add value to abundant natural resources in Africa and promote economic diversification and industrialisation.

It is also envisioned to develop regional value chains and facilitate cross border investments. It will also enhance access to an expanded market for small-to-medium enterprises (SMEs) in Africa on preferential trade terms.

It will also play a major part in attracting Foreign Direct Investments (FDI) into Africa with strong regional and local content and facilitate the integration of Africa economies into global markets which will greatly improve the Terms of Trade for African countries.

“The AfCFTA is operational, with Ghana as the host country, at a time when Ghana is implementing a comprehensive industrial transformation plan to diversify the production base of the economy to take advantage of the enormous market access opportunities available under preferential terms for Ghanaian and other producers in Africa,” read the statement.