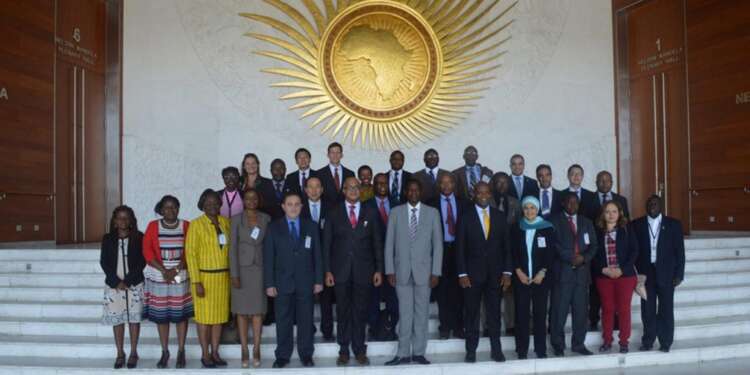 by Evelyn Shumba
in Africa, Countries
0

Public funds are seldom enough to fund developmental projects which is why many Africa countries have turned to debt.  Albeit the challenge with accumulating mounds of debt is the equal mounds of repayment obligation with the added inconvenience of interest accrual.

The fluctuations in commodity prices which African countries rely on have not helped the situation. Data from the IMF indicates that 20 of the 54 countries in Africa are already in or headed towards distress.

With the rising number of countries going towards the red zone, it is certainly a nerve-wracking fact for Africa.

The arrival of coronavirus on the continent caused much alarm; rightfully so, given the devastation on health and the economy around the wealth. The transmittal effect of world economic standstill, recession, and local lockdowns heavily damped economic activity.

One of the major risk factors that the heavily indebted African countries faced became a looming debt crisis. COVID-19 resulted in the need to increase government expenditure to cushion citizens against the effects of lockdowns as well as increased spending on health and other public goods. This coupled with little or non-existent income meant increasing chances of not being able to meet debt repayments.

Some African countries got reprieves from debts with major lenders, as debt relief programs were announced by international monetary organizations. The IMF approved debt relief for 25 countries under its Catastrophe Containment and Relief Trust (CCRT) as part of the Fund’s response to help address the impact of the pandemic, the majority of them in Africa.

Additionally, Debt Service Suspension Initiative (DSSI) by the World Bank’s Development Committee and the G20 Finance Ministers was rolled out for the world’s poorest countries to better manage the impact of the pandemic by freeing up funds for governments.

Bilateral creditors have committed to an extension on the DSSI debt relief initiative to June 2021 open to a further six months’ extension if the need exists at the time of review. 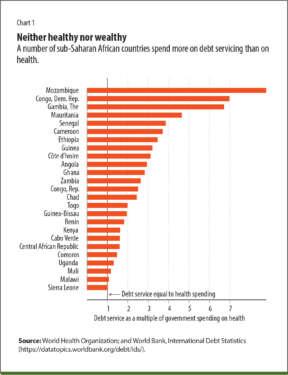 What Has Caused The Burgeoning Debt Situation?

There is an urgent need for infrastructure on the continent. An average of only 43% of the population has access to electricity. Road networks are poor; there is inadequate access to clean water and ICT tools.

That being said, the heavy borrowing by some African countries has not led to a significant improvement in infrastructure. This has led to piling up of more debt creating a heavy burden in the process. A lack of accountability, poor resource allocation, and bad resource management are some of the major contributors to the lack of effective use of debt funds. This usually causes countries to further dip into the revenue pocket to fund debt.

Commodity price shocks have caused exchange rate fluctuations which in some cases have increased the value of debt denominated in foreign currency terms.

Furthermore, Africa has been affected by perception risk which has the effect of increasing borrowing costs. This is in spite of the fact that African bonds are usually high yielding. Lenders still expect a higher premium.

The Debt Situation in Africa

According to an IMF report of the 32 countries classed as heavily indebted poor countries, 26 are in sub-Saharan Africa. Debt servicing in these countries takes up close to 21% of government revenue. Many find themselves with growing arrears which becomes a dilemma for governments on whether to use scarce funds for the repayment of debt or to fund badly needed development.

Of particular note is the Chinese debt. Research indicates that China has loaned US$143 billion to African governments and state-owned enterprises in the period between 2000 and 2017. Some estimates have shown that Chinese debt to Africa has surpassed that of the World Bank and the IMF.

Debt in recent years has not been limited to multilateral lenders. Many African countries have also issued Eurobonds raising significant amounts of debt within that market.

Is Africa In A Debt Crisis?

Some quarters have argued that Africa’s debt problem is not on the amount of debt but rather on the premium attached to African borrowing. Most African countries have a debt to GDP ratio in the region of 50 to 60%. A comparable look to the debt to GDP ratio of more developed economies, for example, the USA, is in excess of 100%.

African debt is priced from more than 8% while more developed sovereigns can borrow at 1% or less. This inequality may be the reason why Africa’s debt appears insurmountable.

The major reason for African countries paying so much in debt interest is the general perception of Africa. Political risks, corruption, and illicit financial flows are among some of the risk factors implicated for the high cost of borrowing. It does not help that African countries rank poorly in the ease of doing business hovering around 50% below the global average of 63%.  Perhaps issues of governance on the continent are to blame.

Some have argued that the problem lies with the ratings. African sovereign debt is poorly rated. However, these ratings are mainly done by international rating agencies like Fitch and Standard & Poors. These may not have an adequate understanding of the situation on the continent or the tools compatible with Africa.

Whatever the reason for the high premiums and poor ratings, the fact remains that Africa finds itself in an unpalatable situation. Continuing to borrow at these rates will result in defaults. This is a chilling prospect if one brings to memory the situation of the ’90s.

Africa’s Prospects Amid the Situation

Changing the narrative of Africa should be a top priority for governments. Reforms that address the perception of badly run governments, bureaucratic systems, and corrupt practices provide the means by which rating agencies can improve the ratings on African borrowing.

The successful implementation of the African Continental Free Trade Area is a powerful tool by which Africa can increase its GDP through trade. By way of collaboration, the continent can find the means to improve perception, grow, and adequately service its debts. However, this is highly dependent on the full functionality of the African trade block. This goes just beyond ratifying agreements on paper but putting in place the structures that allow for regional trade.

Whether Africa’s debt situation is in crisis or not is still up for discourse. The efficacy of debt relief or cancellation is still a matter under much debate in many circles. What can be said for sure is that, the time is now for Africa to take steps towards addressing the debt issues before they become a full-blown crisis.

Read Also: Some African countries on precipice of defaulting as debt rises