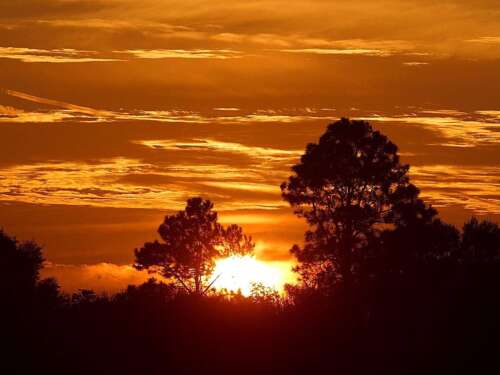 The persistent low-interest-rate and low-yield environment globally, has led investors to pursue diversification and return-enhancing strategies by taking on additional risk in alternative assets, including in emerging markets.

Africa’s financial potential has become an interesting prospect for emerging market investors. Three decades ago a proposal to invest in Africa would have been considered ridiculous, but this is no longer the case. In fact, between 2006 and 2011, the continent was registering the highest returns on FDI at 11.4 percent, even higher than Asia at 9.1 percent, while the global average was 7.1 percent. To add to that according to the World Economic Forum, since 2000 “half of the world’s fastest-growing economies have been in Africa. As western markets mature and foreign investments saturate in Asia, Latin America, Central and Eastern Europe, and India, Africa is fast becoming the most lucrative investment destination. The inefficient African markets are an excellent source of excess returns, given the level of perceived risks.

The persistent low-interest-rate and low-yield environment globally, has led investors to pursue diversification and return-enhancing strategies by taking on additional risk in alternative assets, including in emerging markets. Global institutional investors are showing a growing interest to invest in infrastructure assets as they are looking to diversify their portfolios. The investment opportunities in Africa’s infrastructure sector have the potential to meet these expectations in terms of contract size and financial returns. According to recent estimates by the African Development Bank (AfDB) (2018), Africa requires an investment of about  US$130-170  billion a  year in infrastructure,  given the rapid growth in population and urbanization in the continent.

Global investors are investing in infrastructure through various forms like equity or debt, which can be channeled through different types of investment vehicles—private or public. Examples of instruments which they are actively investing in are specialized infrastructure funds like the Africa50 and Nigeria Infrastructure Fund. These bonds are fixed-income investments that offer higher returns due to the perceived higher risks of investing in African markets.

According to Knight Frank’s Africa Horizons report 2019, African markets stand out as a haven of high yields in a world of falling real estate yields. Africa is generally considered to be a riskier investment destination and this risk is compensated by the higher returns. There are four major risks associated with Africa.  These are: political and regulatory risk; market and credit risk; technical and commercial risks; and lastly, risk factors related to the enabling environment. Investors are willing to take on long-term risk exposure as long as they obtain potentially lucrative risk-adjusted returns on their investments. That is part of the motivation behind the move to invest in African financial markets.

Western countries on the other hand have lower expectations for asset returns because of low inflation, historically low-interest rates, and equity valuations.

The issue of risk, however, cannot be overstated as risk measurement is not generic for all investors, since investors have different risk appetites that influence their investment preferences. Individual preferences or biases will cause an investor to select or avoid a certain investment type. Individual circumstances are one very important factor as they determine the investment goal and the way one perceives risk. The fact that investors can actually hedge against perceived risks also undermines its effect on investment as they can effectively insure against most risks.

Research also shows that investors are deciding that social return is just as important as financial return. Asset and wealth management firms that deliver standout returns on both the social and financial fronts will be the most preferred because they will be able to sustain superior returns for shareholders and partners.

The world’s perception of Africa is often illustrated by two-story titles in The Economist magazine. An issue of the magazine in 2009 carried the heading, “The Hopeless Continent” in reference to Africa. By contrast, an issue in 2011 carried the title, “Africa Rising”. This shows an improvement in the world’s perception of Africa.  African governments have been taking measures to improve the business environment in their countries, and this has led to steady growth in foreign direct investment. Governments need to secure and enhance investor confidence by ensuring that this current conducive environment is maintained and continuously enhanced.

Interactions with a country’s administrators to register and operate a company must not become bottlenecks to economic activity. These processes must be transparent and efficient and the public officials must be qualified and accountable. Africa still needs to improve in this aspect.  Corruption is rife and oftentimes bribes are required for the most basic services such as acquiring operation permits. Government policies and regulations also affect investment both directly and indirectly. A country’s education policy, for example, affects the quality of its workforce. A major concern in Africa is the shortage of artisans and techno-savvy workers.  Cooperation between universities, research institutions, and vocational education and training programs is required.

Also Read: What IMF thinks on corruption in Kenya

Another key aspect of the investment climate is access to finance. If a country’s credit rating is low, operations in that country are considered risky by financial markets and this negatively affects the ability of companies operating in that country to get funding. Most African countries do not have sovereign credit ratings, limiting access to international credit markets. Development financing institutions need more extensive use of innovative financial instruments (such as syndicated loans, project bonds, and partial risk guarantee), and blended finance to leverage additional private-sector investment and complement scarce public development funds.

Political stability is a major risk factor that is considered by investors.  However, it is hard to acquire in African governments and is often short-lived once obtained. There has been a marked improvement in the political environment of Africa.  The number of war-torn countries has reduced significantly in the last two decades. It has also been said that an improvement in the economic outlook and standard of living of a country may reduce insurgencies because the youth can find gainful employment instead of depending on payouts for participating in terrorist activities.

According to the IMF, Africa’s growth prospects are amongst the highest in the world. The sectors where foreign companies have a comparative advantage, such as banking, telecommunications, and infrastructure are among the drivers of economic growth, thereby presenting opportunities for foreign investment. A lot is being done in Africa to create a favorable investment environment evidenced by the improvement in macroeconomic prudence and overall governance. The Ibrahim Index of African Governance shows that the overall governance index improved at an annual rate of 1.4 percent since 2007, with an improvement of more than 5 percent in at least 12 countries.

Investing in Africa is worth it and it is a sustainable strategy for foreign investors.