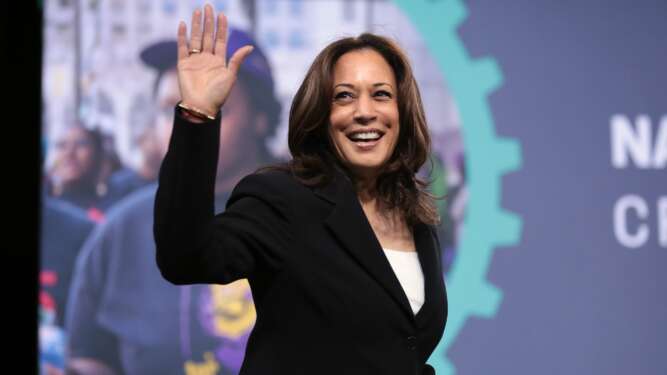 Kamala Harris' victory could usher more Black women and people of colour into politics and this could inspire more African women to aim for bigger and more powerful positions even on the international organisations front.

Kamala Harris, Joe Biden’s Choice for Vice President is the first black woman to be nominated for the national office by a major party.

Her victory could usher more Black women and people of colour into politics and this could inspire more African women to aim for bigger and more powerful positions even on the international organization’s front.

Just recently, Kenya’s Cabinet Secretary for Sports, Heritage and Culture Amina Mohamed was fronted as a candidate for the Post of Director General of the World Trade Organization. Ms Mohamed however did not get picked but two women, one from Nigeria and another from Korea are still in the running for the position.

Therefore, the 7th Director General will be either Ngozi Okonjo-Iweala of Nigeria or Yoo Myung-hee of the Republic of Korea.

Black women have been rising to power over the last decade, seeing quite a number of women of color grabbing the top jobs in the international arena.

According to a recent report by Forbes, women are now reshaping history, closing inequalities and pioneering new avenues of wealth creation and in turn, lifting others with them.

According to the report, in East Africa, the following women have risen to power by merit and have broken the glass ceiling, therefore giving hope to African women that this can be achieved.

Some of East Africa’s most Powerful Women

According to Forbes, this is a first-of-its-kind Pan-African unranked compilation of the continent’s leading women, drawn from business, politics, media, science, sports and public life, who are challenging the status quo and creating a trail on terrain where there was none.

Ms Harris’ election gives hope to the African Americans and Indian Americans that they can overcome the stereotypes slapped on women and become one of the most powerful leaders on the globe.

Also Read: The US Under Biden to rejoin Paris Climate Agreement