The event which has attracted media representatives from over 25 countries across the globe as well as 134 buyers has swung open its doors at the Kenyatta International Convention Center (KICC). 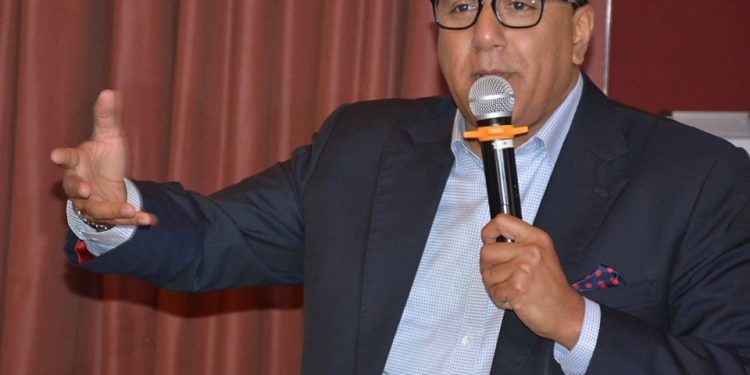 The 9th edition of the Magical Kenya Travel Expo (MKTE) has kicked off in Nairobi.

The event which has attracted media representatives from over 25 countries across the globe as well as 134 buyers has swung open its doors at the Kenyatta International Convention Center (KICC).

Speaking at the expo, Tourism CS Najib Balala said that he is optimistic that Kenya will achieve at least a 10 per cent growth this quarter.

“Due to the heightened safety and security measures, we have received several international high profile personalities and heads of states and this shows that the country is safe and the world is confident with Kenya. This proves that Kenya is both a business and diplomatic hub,” said the CS.

To sustain our growth in the tourism sector, the government has refocused its effort on areas of safety and security, infrastructure improvement, incentives as well as sustained campaigns on source markets to increase destination awareness.

On infrastructure, we have made great strides as a country. The Global Competitiveness Index (GCI), an initiative of the World Economic Forum (WEF) that assesses the landscape of select economies across the globe, ranks Kenya 7th among the most competitive in Africa.

This is behind Mauritius, South Africa, Morocco, Tunisia, Botswana, and Algeria. This means that Kenya ranks top in the East African community. Kenya is ranked 61st among 190 economies in the ease of doing business, according to the latest World Bank annual ratings. Kenya has moved 19 places up from 80 in 2017 to 61. Countries that rank better in these reports attract investors and appeal more as potentially great foreign direct investment hosts.

“Cruise tourism is growing globally and Kenya wants to tap into this segment. Kenya is almost completing the construction of the cruise terminal in Mombasa and we anticipate it will be ready by the end of the year. This is set to open major businesses in the country and Kenya will be competing with the rest in the world,” said Balala.

Kenya has made big wins in the wildlife sector. The wins, position Kenya not just as a tourist attraction destination, but also a world leader in conservation and protection of our natural heritage of wildlife.

In July this year, the government set aside approximately 1,000 acres of forest land to introduce the Mountain Bongo who are endangered in Kenya. “77 of them were introduced to this new ecosystem. During the 18th meeting Conference of the Parties (CoP18) of the Convention on international Trade in Endangered Species of Wildlife Fauna and Flora (CITES), Kenya sent a strong message to the world on their uncompromising stand against ivory trade.” Balala noted adding that the government did not only call on the closing of domestic ivory markets at the international level, but also managed to salvage the rhino by saying no to rhino horn trade.

“We also managed to include giraffes in Appendix II, meaning they will be regulated by CITES.” Mr Balala said.

Meetings, Incentives, Conferences and Exhibitions (MICE) are a very important segment of tourism and we have gazetted the National Convention Bureau.

“Today, I want to announce the appointment of Jacinta Nzioka as the acting National Co-ordinator for the National Convention Bureau so that this year we can start preparing and increasing our meetings and business events, here in Nairobi and the country at large.” Balala announced.

The MICE industry is rapidly growing globally and Kenya has not been left behind. Over the past three years, the country has successfully hosted a couple of international meetings, conferences and exhibitions. In total, these events attracted over 100,000 delegates from every part of the world which was a great boost to the Kenyan Tourism and Travel industry.

Also Read: How Kenya plans to beat African peers on US tourists