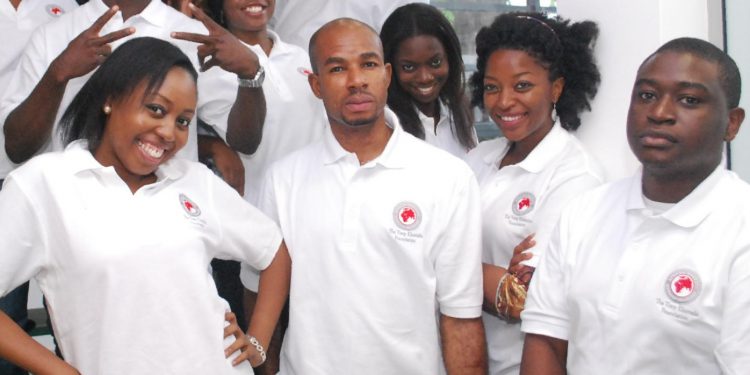 Youths at the Tony Elumelu Foundation Entrepreneurship Forum last weekend in Abuja, Nigeria. The forum brought together Africa’s business leaders and champions to chart a course for the continent’s youth. [Photo/AfDB]

Have governments stolen Africa’s future from the youth?

by Njenga Hakeenah
in Africa, Economic Growth, Entrepreneurship
0
Share on FacebookShare on LinkedIn

Africa remains stubbornly inhospitable – politically, economically, and socially – to young people despite the continent having the youngest population in the world.

The success of African governments’ efforts to address this will be the single most important factor determining whether the continent prospers or suffers in the coming decades, according to UNDP Resident Representative in Nigeria, Mohamed Yahya.

A business-as-usual approach would risk exposing Africa not only to economic underperformance and a brain drain, but also to criminality, political and social unrest, and even armed conflict.

But, while governments continue to sluggishly legislate and implement youth-friendly policies, some of Africa’s most prominent leaders in business, politics and development have taken the lead to arrest the impending danger.

African Development Bank (AfDB) President Akinwumi Adesina,  Rwandan President Paul Kagame, Senegal’s Macky Sall and Felix Tshisekedi of the Democratic Republic of the Congo were among those participating at the event.

Tony Elumelu is an entrepreneur, investor and philanthropist, who, like Adesina, is passionate about entrepreneurship and Africa’s economic development.

Since 2015 the foundation has committed USD100 million to identify, train, mentor and fund 10,000 African entrepreneurs over 10 years.

The entrepreneurship programme aligns with the goals of the AfDB, whose Jobs for Youth in Africa Strategy aims to support African countries to create 25 million jobs and empower 50 million young people by 2025.

The Bank’s Board approved a facility to boost enterprise support organizations, such as incubators, accelerators, financial institutions, early-stage investors and foundations to achieve this vision.

By 2017, the average age of an African president was 62 while the median age of Africa’s population was 19.5.

Comparatively, that is the world’s largest age gap between leaders and those they govern.

This age disparity raises concerns about how well decision-makers understand the needs and aspirations of young people.

A tradition of gerontocracy prevails in many countries locking the young people out of political participation. This way, they cannot influence policies since they are restricted on cultural grounds.

Yahya says that to help overcome this barrier, governments should treat generational inequality with the same sense of urgency as other forms of inequality.

This is possible through the acceleration of efforts to introduce youth quotas for political parties, parliaments and other decision-making institutions

In 2015, 12 million young people entered Africa’s labour force but only 3.1 million jobs were created in the same period.

This means that millions of young people were left without a stake in the economy.

Yahya says that so far, Africa seems to be sleepwalking into a future of lost opportunity and, potentially, serious instability.

For instance, acquiring work visas for Africans is extremely difficult while the same can be easier to get for a British citizen. This is despite both having the same skills.

He decries that Africa’s vision for economic integration, as set out in the African Union’s Agenda 2063 cannot be realized without labour migration that creates African career paths for young people.

Read: UNCTAD: Africa must look to internal migration to boost development, The future of work and Africa’s internet connectivity

TECNO: The Future of smartphones in Africa