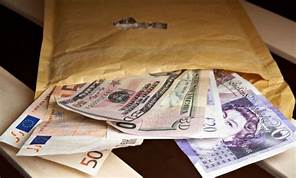 Every year, Africa is robbed of a shocking $50 billion to IFF. Describing the annual illicit outflow as staggering losses to the continent, UN Deputy Secretary-General Amina Mohammed said. 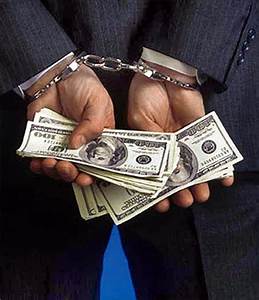 The African Union (AU) has been conducting an initiative subbed ‘Silencing the Guns’ that is meant to fight illicit financial flows (IFFs).

Just so we are on the same page, illicit financial flows refer to the illegal movement of money from one country to other various channels including but not limited to tax fraud, money laundering, and other criminal activities.

Now, here is who, what, and how of the matter, but not in any particular order.

How grave is this IFF problem? Every year, Africa is robbed of a shocking $50 billion to IFF. Describing the annual illicit outflow as staggering losses to the continent, UN Deputy Secretary-General Amina Mohammed said;

“These flows pose a threat to stability and security in African countries, undermine institutions and democracy, and jeopardize sustainable development and the rule of law.”

The United Nations Conference of Trade and Development 2020 report placed the IFFs losses at about USD 89 billion annually. Now compare that to the $48 billion in Official Development Aid (ODA) and USD 54 billion in foreign direct investment that Africa received annually between 2013 and 2015.

Africa is losing almost as much money in IFFs as it gets from Official Development Aid (ODA) and in Foreign Direct Investment combined!

Who is most affected? “Women and girls are particularly exposed to criminal activities and conflicts driven by IFFs as they are subject to trafficking and sexual violence which are used as weapons of war.”

That was a month ago, a statement issued from the safety of a virtual conference which the UN conducted with several high-level African representatives.

Given that the enormous amount is sufficient to cover nearly 75 percent of Africa’s health financing gap and also provide inclusive education for all children in Africa and still have leftovers to fund infrastructure projects, one wonders, what are the security organs doing?

What is been done to address the problem: The authorities, the UN to be specific are discussing the problem, online. The virtual high-level meeting discussed how IFF fuels instability in Africa and came to the conclusion that;

“There is circumstantial evidence that illicit financial outflows contribute to the devastation of peace and security by providing conflict, terrorist and criminal groups the financial means to conduct their operations and undermine peace”, said Fatima Kyari Mohammed, the AU’s Ambassador to the UN.

When criminals are moving $50 billion per year, will a global health crisis touch a soft spot and have them lay down their weapons? The UN seems to think so.

“The UN Secretary-General (has called) for a global ceasefire to focus on the common fight against COVID-19.”1

Even the President of the UN General Assembly, Volkan Bozkir who is also president of the ‘parliament of humanity’, doesn’t seem to have concrete answers, but at least he is aware that we need to do more than ‘discuss’ the problem.

“The pandemic has only made it more critical to not only understand the patterns of illicit financial flows but also to identify means to counter them, including through implementing existing international agreements.”

Here, we need elaboration, what are the ‘existing international agreements’ and how will they stop IFF?

One thing is for sure, there is no actionable plan on the table and every country is left to its own device.

As the president put it; “I call on countries to scale up the level of cooperation to curb illicit financial flows and recover the proceeds of crime; to develop effective tools and create a policy environment for combating illicit financial flows, in accordance with the existing relevant international frameworks.”

Foreign Aid To Save African Money: The Good Financial Governance in Africa Programme

Ironically, it looks like it will take international funding, i.e. foreign money to help Africa keep its money from the annual siphoning of billions of dollars through IFFs.

Under the AU’s Special Declaration on IFFs, the African Union Commission plans to launch a Multi-Donor Action to fight illicit financial outflows.

The action plan is co-financed by a score of international bodies including the European Union (EU), the German Federal Ministry of Economic Development and Cooperation (BMZ), and implemented by the Deutsche Gesellschaft für Internationale Zusammenarbeit (GIZ) through the Good Financial Governance in Africa Programme.

Launched in early December, the program is two-fold, first, it aims to strengthen the capacities of the AU Commission so as to empower in the implementation of anti-IFFs policies on the continent.

Secondly, the program takes the discussions from virtual boardrooms to on-ground action in pilot countries. Here, you have mindboggling acronyms to deal with but they are all organs involved in financial management particularly in auditing.

It seems that the best solution is to improve revenue collection at home; here we should be careful, ‘improving’ is not synonymous with ‘increasing’ It is to jump to the conclusion of ‘increasing taxes’ to ‘increase domestic revenue’ this doesn’t work, on many levels.

With IFFs still, a problem even if a country is to collect more money from its people, the same money will pour out through the IFFs crevasses. So what is needed is a strict crash of corruption, a water tight monitoring of collection and use of collected funds.

This is what Tanzania’s Magufuli has been doing for the last five years and it’s working. THe Tanzania Revenue Authority (TRA) Commissioner General Dr Edwin Mhede announced late last year that domestic revenue collection has increased by 76 p.c. in the last five years.

Increasing revenue by 76 percent is no walk in the park and certainly involves more than just dumping more and more taxes on the people. To achieve this needs blocking the illegal flow of the said revenues i.e. IFFs

In his strict approach to corruption and other revenue collection and administration loopholes, president Magufuli has actually given Africa a working example on how to solve their IFFs proverbial puzzles.

In line with President Magufuli’s 2015 approach, in 201 the AU dedicated the year’s theme to “Winning the Fight against Corruption: A Sustainable Path for Africa’s Transformation,” and called for concerted effort to combat poor financial governance, misallocation of budget resources and obstacles to productive investment, exactly what President Magufuli did since he took office in 2015.

Here is another example that Tanzania’s President Magufuli set for the rest of the continent, he reigned in the extractive industries. He put a wall around Mererani, the world’s only source of Tanzanite, he fined and kicked out Acacia Gold for fraud, tax evasion, under declaration among other illicit actions that were costing the country millions of dollar every year.

“More so, the lack of financial transparency in the extractive sector all too often allows for sector-wide corruption and prevents governments from collecting the needed revenue. Illicit financial flows related to the export of extractives commodities ($40 billion in 2015) are the largest component of IFFs in Africa, serving to further drain the continent of critical resources necessary to drive its development agenda.”