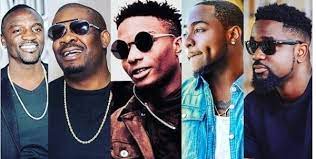 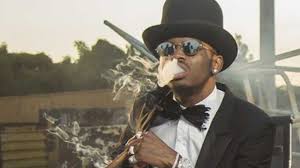 Forbes recently. released a list of Africa’s top dollar musicians and here is the list in descending order.

Youssou N’Dour, AKA Youssou Madjiguéne Ndour, is a Senegalese singer, songwriter, composer, occasional actor, businessman, and, wait for it, a politician too. Yes, Africa’s wealthiest musician is shooting for the executive office and is not the only one on the list with aspirations of becoming their country’s president.

World fames Akon is Africa’s second richest musician. Born Aliaume Damala Badara Akon Thiam, the US based star is also originally from Senegal. Akon who is also an actor and a businessman, has accumulated wealth from a diverse range of investments.

Akon writes songs and produces them and also enjoys lucrative recording and advertising deals. He owns Konvict Muzic and Kon Live Distribution, npt familiar with this record company? Well, all you need to know, they produced some of the world’s best, including T-Pain and Lady Gaga.

Akon has sold more than 35 million albums and has been nominated for Grammy Awards five times. Forty-five of his songs hit the Billboard Hot 100 songs list.

After West Africa taking the top two places, the next richest African musician comes from South of the continent and is none other than Black Coffee. Born, Nkosinathi Maphumulo, Black Coffee comes from KwaZulu-Natal and is a celebrated artist and winner of numerous awards.

He does a spectacular array of electronic music and is winner of the Breakthrough DJ Of The Year Award (2005) at the DJ Awards in Ibiza. He boasts several luxurious cars like Mercedes Benz G Station wagon, CLK Mercedes, Bentley, and Maserati not to mention a private jet.

Not to be left out, Nigeria takes number four on the list of Africa’s richest musicians and it is none other than David Adedeji Adeleke aka Davido who has put the country up there.

Born in Atlanta, Georgia Davido is popular and has made tremendous achievements in showbiz. He has won many nominations, awards, and profitable endorsements and is owner of DMW label which racks in a substantial amount of cash.

Not to be out done, Nigeria has a second name up on the list of the continent’s richest musicians, Wizkid.

Born Ayodeji Ibrahim Balogun, Wizkid is a versatile Nigerian singer. He is a Top Hot 100 song holder, Top R&B Song, and Top R&B Collaboration awards. His hits have made him a household name in every African home.

Trust Nigeria to have more than two names on Africa’s top 10 richest musician. Don Jazzy, real name Michael Collins Ajereh, Africa’s 6th richest musician actually has no song of his own. His success is direct result of his talent in producing, writing, and performing songs and of course, entrepreneurship. He has won numerous awards and has at some point served as the ambassador for MTV.

Yep, you guessed, number seven on the list is also a Nigerian, Rudeboy. Born, Paul Okoye. Paul, used to sing with his twin brother Peter and were known as P-Square. Together they were considered the most successful duo in Nigerian music industry history. They produced and released their albums through Square records.

In 2017, the two decided to pursue solo careers after 15 years of performing together. The two brothers were worth $150 million before their split. After sharing their assets, Rudeboys personal net worth is now estimated to be $16 million. He owns a mansion in Parkview estate in Lagos, Nigeria, and drives many exotic cars.

Well, lets just say, Nigeria is impressive and the rest is history. 2Face, Innocent Ujah Idibia, is number 8 on the list of Africa’s wealthiest musicians as well as a popular Nigerian actor, record producer, singer, and songwriter.

He has produced more than seven albums and won over 40 awards. He has invested greatly in real estate across Nigeria. He is also a brand ambassador of the real estate brand Pazino Homes and Gardens.

In 2009 he was appointed as a brand ambassador to the National Agency for Food and Drug Administration and Control. He was also appointed as regional Goodwill Ambassador for UNHCR, the UN Refugee Agency, in 2020. He has also signed endorsement deals with Guinness brands, which earned him $125,000, and Airtel earned him $139,000. Currently, he has an estimated net worth of $15 million and is considered one of the successful Afro pop artists in Africa.

Africa’s richest person loses $3.7bn in course of the week over currency devaluation(Opens in a new browser tab)

Mr. P, aka Peter Okoye, follows his twin brother Paul closely as one of Africa’s wealthiest musicians. Mr. P has had several solo projects, most notably the TV show Dance With Peter. He has also released several songs and continues to earn money from commercials and being a brand influencer. He owns mansions worth 2 billion naira and a collection of several classy cars. His current net worth is estimated to be $11 million.

D Banj, also known as Koko Master, is a famous Nigerian singer, songwriter, entrepreneur, and television personality GOOD Music label. He was also a campaigner for president Jonathan Goo and has a chain of Koko lounges, and high-end clubs across Nigeria among other investments.