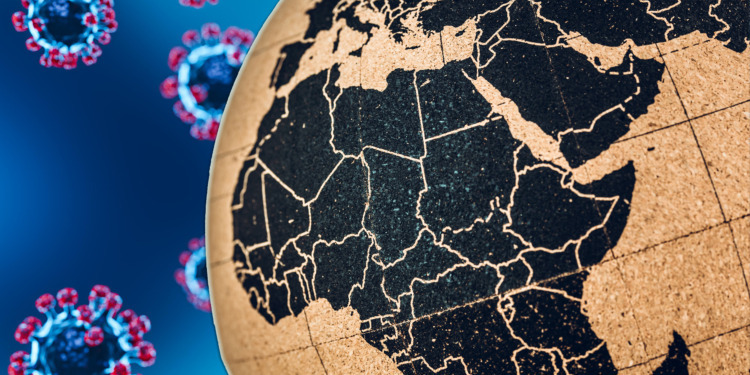 Why did the world declare that the Omicron strain is African and who declared it is the question?

Who decided that omicron is ‘African’? Omicron, the new COVID variant is not “African”, plain and simple. Isolating South Africa and the region for identifying the variant is simply wrong!

These travel bans are based on politics, not on science. It is wrong on so many levels that I find myself in a shocking state of disbelief.

It is wrong for economic reasons, for humanitarian reasons, for scientific reasons but above all for actual health reasons. What I mean is that perhaps only the most naive of individuals could possibly believe that isolating the region from the rest of the world would have any significant impact on preventing the virus from spreading.

I can only speculate that these may be the same people attending record-breaking premier league (1) games with other 40,000 unmasked fellas in the UK or even European governments such as the one in Portugal who think to be normal that a country with 10 million souls should secure the purchase of over 30 million vaccines (2).

Would these people rather than on her next discovery Dr. Angelique Coetzee and her colleagues not inform the WHO of a new variant?

This variant is not African, this variant is a COVID variant just like the other variants before, first identified in the UK and in Brazil. While I am at it, South Africa, as well as Brazil and the UK, are among the countries with some of the most advanced virologist expertise in the world and that is one of the reasons why for instance that we are not talking about a “Dutch” variant now. Oh, excuse me, perhaps this is new for you, so allow me to elaborate.

Omicron was reported to the WHO from South Africa on Nov. 24. The first known sample dated back to Nov. 9. (3)

But there are now increasing signs that the variant was in circulation in Europe before South Africa alerted the world to its presence. There are a growing number of cases being discovered with no travel connection to Africa, suggesting community transmission was already taking place.

In Scotland, 9 cases have been detected that have been traced back to a “single private event” held on November 20 and none of the individuals involved are believed to have any recent travel history to southern Africa.

The Netherlands said it had identified the variant in two test samples taken in the country between Nov. 19 and 23 — before the variant was ever reported by South Africa and the ridiculous travel bans came into place. Are you getting it now? Fact check: European tests has shown the virus a good 5 days before it was identified in South Africa. Yet, I didn’t see the European Union taking any disproportional measures in these countries.

In the words of Dr. Ayoade Alakija, the co-chair of the African Union’s Covid-19 Africa Vaccine Delivery Alliance:

Do we know where this variant originated? No, we don’t even know that yet, it could possibly be that the excellent science in South Africa has shown it up but it could very well have come from anywhere else, this is discriminatory, it is xenophobia and it is wrong. Let’s follow the science, let us not follow politics. Let us share the know-how, allow African countries and others to produce their own vaccines so that we do not get to an Omega variant that we cannot absolutely control.

I have founded FurtherAfrica to promote Africa in a good light and those who follow me know that I strongly refrain from voicing politics, but there is a limit of social absentia to any human being.

The words of Dr. Ayoade Alakija on the video below inspired me to share my thoughts and I strongly recommend that you share yours.

Fabio Scala is currently a bank director in Mozambique. Previously he served in a UK family office focused on an equity portfolio in Southern Africa. He is also a board member of Uhusiano Capital, a boutique investment firm focused on impact investment, and a board advisor at Digilogic – a pan-EU-Africa network of DIHs focusing on Smart logistics.

Prior to his African experience, Fabio has worked in the US, Portugal, and Brazil where he started his career at Caixa Economica Federal – the country’s largest state bank.

References:
(1) GQ – English football is enjoying a golden age of attendances
(2) Government of Portugal – Clarification on purchase of vaccines against Covid-19
(3) CNBC – Omicron likely circulating for longer and more widely than thought

The cost of insufficient and disorganized Russia's African lobbying