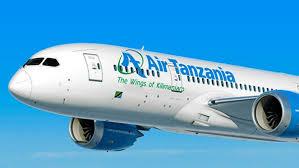 Currently Tanzania has two Boeing Dreamliner 787-8 aircraft in its fleet, with the capacity to carry 242 to 300 passenger

by Padili Mikomangwa
in Aviation, Tanzania, Travel
0
Share on FacebookShare on LinkedIn

The Tanzanian airspace will soon get another a third Boeing 787-8 Dreamliner aircraft to enhance its air travel activities.

This makes a total of 12 aircrafts in its the carrier’s fleet an expansion to increase domestic flights and service more international destinations including Mumbai, India, Burundi, and Seychelles.

The latter proves that geographical orientations are no longer barriers to movement over space and time in the 21 century, so as to Tanzania, thus begging the question that: could air space be the next breakout for Tanzania?.

Tanzania is making rather fairly calculated moves to engrave its mark in the aviation industry, and trading in the path of competitive African airlines major players including Kenya’s KQ and Ethiopian Airlines.

Tanzania embraced with open arms its second Boeing Dreamliner 787-8, witnessed by President Magufuli himself at the Julius Nyerere International Airport (JNIA), which showed to the whole world, how serious the fifth government is to its aviation plans.

The anticipated third Boeing has the capacity to carry 242 to 300 passengers, which means more tourists can be fetched to Tanzania exotic places from various destinations across the globe.

In that context, Air Tanzania Company Limited (ATCL) oversees over 11 aircraft in its fleet including Bombardier Q400 and Airbus A220-30, this according to Ministry for Works, Transport and Communications.

The expanded fleet will be dealing with more aviation traffic attracted particularly from tourist arrivals, which saw a yearly increase from 1.3 million in 2017 to 1.5 million in 2018, resulting in $2.4 billion revenue increase in 2018, from $2.017 in 2018, this is according to Ministry of Tourism statistics.

However, during a press conference, the Government Spokesperson, Dr. Hassan Abbas, commented before members of the press, upon the government’s procurement of other aircraft, which include, two Airbus A220-300S and one Bombardier Dash 8 Q400.

Speaking earlier this year, during the launch of the new terminal, President Magufuli emphasized his keen ambition to revitalize the national flag carrier, Air Tanzania “The Wings of Kilimanjaro”.

“The government is expanding the air transport sector, through buying aircraft and expanding infrastructure, whereby the government is planning to renovate and build 15 airports countrywide, including the international airport in Msalato-Dodoma. All that is to reinforce the air transportation’s safety and speed, which will boost the GDP through its users, who have increased by 12 percent annually,” said His Excellency.

However, according to the President, previously the sector attracted over, $17.4 million as revenue, compared to $30.8 million which has been collected during the year. With the new aviation infrastructure and technology, the government envisions the figure to rise to $35.6 million