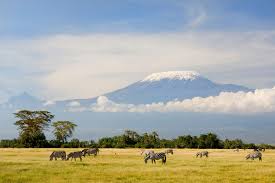 The features of this VIP route to access the Kilimanjaro have not been made public but it is expected to be exclusive, private and only for select few who can afford it. Tanzania, has some of the World’s must see tourist attractions that attract some of the World’s elite.

by Giza Mdoe
in Travel
0
Share on FacebookShare on LinkedIn

When rich folks want to climb to the highest peak of Africa, they no longer have to scrimmage with the rest of us along the old narrow foot tracks, no, they now have an exclusive route cut just for Very Important People (VIP).

In an unprecedented move, the government of Tanzania has decided to construct 25-kilometre of road up Mount Kilimanjaro in a bid to provide for the needs of the World’s richest.

Arguably, a Prince so and so along with CEOs of multibillion dollar companies as well a Hollywood famous faces, would like to visit these attractions without attracting too much attention.

Also Read:Tanzania’s measures to protect its tourism industry in wake of pandemic

If the visit to the country is not a state visit, many rich folk want to have their holiday’s out of the news. How do you accommodate privacy when climbing Africa’s highest mountain, well, you cut them their own route.

These special perks come at a cost, a cost that is motivation enough for the government to invest in this private route. Again, it has not been made public how much revenue is expected to be generated from the VIP route annually but it is enough to warrant  investment of over 200 million Tsh ($86,000).

Arguable, the VIP route is only part and parcel of other ongoing initiatives to boost revenue generation form the mountain. The government is also cutting another path up the mountain to accommodate both locals and regular tourists.

This path is in a small town known as Kidia which is only a little way from the regular path in the town of Moshi. The new path will allow for more tourists to scale the mountain at the same time escaping the otherwise long waits that occur in the high season. When complete, this new route will bring the total number of official routes (including the VIP) up the mountain to 4.

According to the country’s Ministry of Natural Resources and Tourism, these initiatives will not only increase government revenue but also create employment for youth and small businesses in the area.

Every entry point to these routes features several small government offices responsible for receiving the tourists and revenue collection. All around these offices mushroom small businesses to provide for the tourists along with the tour operators that bring them there. The routes are small business hubs that cater for many, explained the Minister in charge.

Tanzania relies heavily on the tourism sector, one of its biggest foreign exchange earners. With the outbreak of Covid-19 the sector took a strong hit and thousands upon thousands lost their jobs. Hotels were closed, restaurants shut indefinitely, tour operators went without jobs, the sector downright nearly collapsed.

These investments that open up new opportunities are expected to help rebuild the once lucrative sector. The Tanzania National Park Authority (TANAPA), has ear marked these investments, including the VIP route, as part of its ten-year development plan, what it calls the General Management Plan (GMP).

Tanzania is doing all it can to shake off the negative economic effects imposed on it by the Covid-19 pandemic. Not surprising, one of the key focus areas is the tourism sector and the first step was the country’s attempt to lure back tourists.

As of Ma, Tanzania eased all its restrictions on international flights starting with repatriation flights, which were since then allowed to commence trips after only two hours of requesting permits instead of the previous two weeks.

Next, according to the Tanzania Civil Aviation Authority (TCAA) were flights that dealt with the distribution of humanitarian aid and medical supplies. In effect, the country then allowed both scheduled and non-scheduled international flights to enter and leave the country.

Soon after the Mainland made the move, Tanzania’s spice Isle’s of Zanzibar followed suit.

As a result, all tourist hotels, restaurants and bars are as of this month opened for business.

Nonetheless, caution is still been observed, all travelers entering the country must possess medical health insurance and are to be tested for Covid-19.

With almost 38 percent of Tanzania been set aside as protected areas for conservation and with the country boasting 17 national parks, 29 game reserves and some 40 controlled conservation areas and marine parks, you would think tourism ought to be the country’s largest foreign and domestic revenue earner, its not.

By comparison Kenya’a contribution of travel and tourism to GDP was only 8.8 % in 2018, down from 8.9 % previous year, reports World Atlas Data report titled Travel & tourism total contribution to GDP (Kenya). 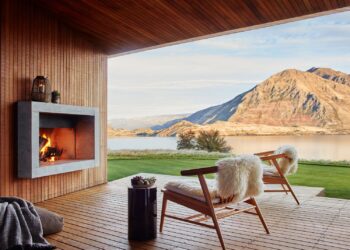