Digitization, use of third party infrastructure and self-service devices have remained key in the banks continued growth where 97% of the Group’s transactions are carried out outside the branch mainly on mobile devices.

by Chacha Mwita
in Banking
0

Equity Group CEO James Mwangi speaks at a past event.

NAIROBI, KENYA, AUGUST 16 — Equity Group has reported an 18 per cent jump in earnings for the year to June 30, as the bank continues to ride on interest earnings despite a tough operating environment in Kenya.

The lender ‘s profit after tax stood at Ksh11 billion up from Ksh9.4 billion for the same period last year, reflecting the Group’s resilience in a difficult but improving operating environment.

The Group’s balance sheet registered a growth of seven per cent to reach Ksh542 billion up from Ksh505 billion.

This was driven by growth in customer deposits of  nine per cent to Ksh394 billion up from Ksh363 billion.

Interest income grew by 10 per cent to Ksh25.4 billion up from Ksh23 billion driven by investment in government securities that grew by 37 per cent and loans and advances growth of four per cent.

Regional subsidiaries grew their profitability by 62 per cent to Ksh2.8 billion enhancing their contribution to the Group’s profitability to 18 per cent up from 13 per cent.

Regional subsidiaries share of Group assets increased to 26 per cent up from 23 per cent as their assets grew by 21 per cent to reach Ksh142 billion.

International lenders increased their long-term funding to the Group by 16 per cent to reach Ksh53 billion up from Ksh46 billion, signifying the global lenders confidence in the Group’s risk.

This reflects the impact of interest capping in Kenya in lending to the private sector.

Speaking during the release of the half year results, the Group Managing Director and CEO James Mwangi said the lender’s agile balance sheet with strong liquidity held in near cash assets strategically positions Equity for opportunistic growth.

He noted a dramatically changing environment which has seen political risks in South Sudan and Kenya decline with the collaborative peace initiatives taking root. DRC has witnessed decreasing political tensions as preparations for the elections slated for later this year gather momentum.

The region’s average GDP growth rate of 6.7 per cent is likely to be boosted significantly by the investment in infrastructure in the region and the early investment to exploit oil and gas resources in Uganda, South Sudan, Kenya and Tanzania.

Digitization, use of third party infrastructure and self-service devices have remained key in the banks continued growth.

According to Mwangi,97 per cent  of the Group’s transactions are carried out outside the branch with mobile devices processing the lion share of 78 per cent of transactions.

The bank’s agents process 12 per cent of transactions primarily acting as bridges of converting cash into digital money through deposits and vice-versa through withdrawals.

About 93 per cent of all successful loan applications at the bank are received and processed through mobile lending channels, the lender said on Thursday during an investor briefing.

Innovation and digitization has contributed significantly to improved efficiency gains and cost optimization that has seen the Group’s total expenses declining by two per cent from Ksh17.6 billion to Ksh17.3 billion. 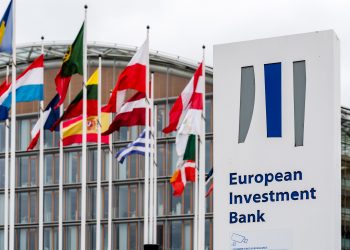