Islamic banking or Islamic finance refers to banking or financing that is Shariah-compliant, that is, banking that adheres to the basic rules of Islam – like not usurping usury.

While businesses, particularly banks, needed bailouts and stimulus packages to stay afloat during the Covid-19 pandemic, not a single Islamic bank, worldwide, has collapsed over the last year.

Well-known business writer Mushtak Parker notes: “The Islamic finance industry, in general, has shown remarkable resilience in the wake of the Covid-19 pandemic.”

If anything, that should be reason enough for governments to encourage Islamic banking in their countries and more so in Africa. But first, what is Islamic banking?

Islamic banking or Islamic finance refers to a banking or financing system that is Shariah-compliant, that is, a system that adheres to the basic rules of Islam – like not usurping usury.

Shariah refers to Islamic law thus Islamic banking follows the pillars of Islam. Two fundamental principles of Islamic banking are the sharing of profit and loss, and the prohibition of the collection and payment of interest by lenders and investors.

No interest? That may be shocking to the general business ear that is used to interest as the core of any business making a profit. But that is not the case with Islamic finance; interest is intrinsically different from profit.

Profit is the surplus after deducting expenses from revenue while interest is ‘a fee’ earned for lending money; for example, it is not obtained from any kind of trade but enforced for money lent.

So how do Islamic banks make money if they do not charge interest on loans? Islamic banks make a profit through equity participation, which requires a borrower to give the bank a share in their profits rather than paying interest.

This profit-sharing setup works so well that even conventional banks now have windows to provide Islamic banking services to any of their customers who wish to go this route rather than the traditional burdensome interest.

Islamic banking is poised for growth in Africa

A profit-sharing system as mentioned earlier is called Mudharabah. This would be vital for Tanzania and most African countries because it does not usurp interest which is the main reason for many nonperforming loans.   Interest charged is so high that the borrower is unable to pay and meet their operating costs at the same time.

Further still, under the profit-sharing system, the bank becomes a business partner sharing in either profit or loss so the burden of business is not entirely on the borrower as is the case of conventional banking. This means that the bank has a vested interest in helping the borrower succeed so they both earn profit.

Then you have your savings, a premier money maker in regular banking.  Under Islamic banking, Wadiah is a liability contract where a depositor surrenders an asset or money for safekeeping for a small charge. In turn, the depositor is entitled to loans with no interest.

Further, Islamic finance also offers Takaful, an insurance product where members contribute money into a pool system to guarantee each other against loss or damage.  The individuals in the pool are responsible to cooperate and protect one another. Takaful policies cover health, life, and general insurance needs among others.

Sukuk (Islamic bonds), has maintained an upper hand even in the face of Covid-19 stifling all economic setbacks as investors chose the product over other banking investment options.

Notably around the world, there is increasing interest in Islamic banking and for very good reasons too—like being able to remain profitable even during the worst economic slumps like the one caused by Covid-19.

It is estimated that there are about 300 banks around the world that comply with Islamic principles.  Of these, it is estimated that Islamic banks’ capital grew from $200 billion to close to $2 trillion between 2000 and 2017.  That is huge growth.

In fact, according to a 2016 Thompson Reuters’ report, Islamic banks’ capital is projected to grow to $3.5 trillion by the end of this year. In a time when economic growth is on a slowdown around the world, African nations have every reason to encourage the opening up of Islamic banks or at least instituting sections in conventional banks to operate under Shariah.

For instance, take Sukuk. The product is made up of debt securities that comply with the same Islamic finance principles. Sukuk is one asset class that has maintained its poise during the 2020 pandemic, with an estimated $155bn in 2020.

“Sukuks continue to provide alternative funding sources for both African sovereigns and financial institutions, and issuance is supported by the increasing financing needs in Africa (especially for infrastructure projects) and global investors’ growing comfort with Islamic instruments,” the report says.

With $500m worth of sukuks issued in Africa over the past year, the continent accounts for only 0.5% of the world’s sukuks in circulation. Notably, Saudi Arabia and Malaysia are the main users, with $299bn and $134bn respectively.2

Morocco’s issuance of $105m of sukuks between October and December 2018 was an initial success, with the transaction 3.6 times oversubscribed by investors. So the potential is clear, there is now a need for awareness at both the national level down to the end-user if Africa is to make the most of Islamic banking alternatives.

Further still, Africa already has a large Islamic community and so uptake should be without much difficulty.  Therefore, it is really up to governments to create a business environment that is conducive.

“We expect that Africa’s large Muslim population, which is mainly unbanked or underserved, will continue to provide a solid foundation on which Islamic financial assets, and therefore profits, can grow rapidly,” according to report analysts from Moody’s, a financial rating site.

According to Moody’s, there is a growing interest in Islamic banking options in Africa. Specifically, Egypt, Algeria and Sudan have all expressed interest to start issuing Sukuks in order to diversify their sources of financing.

Moody’s points out that the “…good resilience of Islamic banks despite a difficult operating environment in many African countries, suggests that Sukuk issuance will continue to grow steadily and that these banks will continue to perform well.”

Places like South Africa where the First National Bank, the third-largest banking group in South Africa and the continent, associates its growth to “Islamic” deposits.  The South African Islamic bank Al Baraka enjoyed increased profits by 12.4% between January and June 2019 compared to the previous year.

Others include Sterling Bank in Nigeria, whose Islamic banking section has experienced a 24% growth in profits. In Tanzania, Amana Bank offers Islamic banking options and it, too, reports steady growth even in the face of the Covid-19 economic slowdown.

The ABC of Islamic Banking

Further still, Shariah strictly prohibits any form of speculation or gambling, which is referred to as maisir.  Under Shariah, any investments involving items or substances that are prohibited in the Qur’an including alcohol, gambling, or pork are also prohibited. Notably, this is a form of ethical investing, focusing only on investments that do not have any attachment to vices.

Removing alcohol and gambling from the equation as well as not charging interest on loans, Islamic banks use equity participation systems. This means that if a bank loans money to a business, the business will pay back the loan without interest, but instead gives the bank a share in its profits.

‘If the business defaults or does not earn a profit, then the bank also does not benefit,’ this basically means that the bank becomes your partner in investment, a fact that African start-ups with limited capital can really benefit from.

Read: $47.6 billion worth in asset bank to spread its wings in the East African market 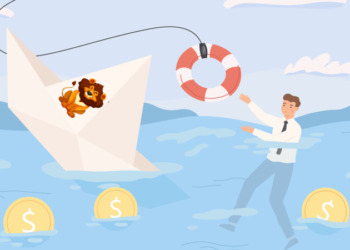