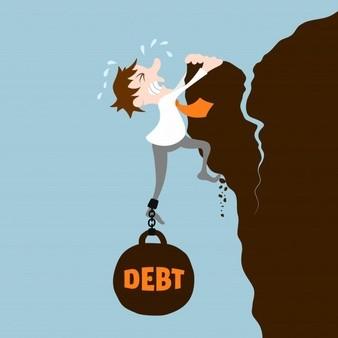 China has been funding a lot of Africa’s development especially in the past two decades and in that time, Beijing has loaned to Africa a whopping USD160 billion.

This debt burden is here to stay, and to stay for a long time, that is unless China is willing to forego or at least ease the terms of the loans.  To put it in the words of the US Secretary of State Mike Pompeo;

“It is something that the African countries should consider, too, in asking China to possibly enter debt relief on some deals that have incredibly onerous terms that will impact the African people for an awfully long time, if relief is not granted.”

This should not be a problem for the runner’s up for World’s biggest economy, in fact China is among the world’s richest 20 countries which are known as the Great 20 or more fondly the G 20.

7 months sounds like reasonable time for the world’s poorest countries to recover from the greatest pandemic that the world has ever experienced wouldn’t you agree? After that, they should pay up, after all, the richest countries have also suffered from the pandemic right?

The amount that would be stayed for those 7 months is USD12 billion which the generous G20 are letting the world’s poorest keep to fend off the devastating effects of this global health crisis that they, like global warming, are suffering the worst effects yet they had nothing to do with creation of the calamity in the first place.

USD 12 billion that’s a pretty generous offer that these poorest 64 countries, 30 of which are in Africa, are getting from the world’s richest. It is until you remember only one of these 20 richest countries was and is capable of lending the entire continent of Africa a shocking USD160 billion!

That is more than 13 times the amount the G20 is suspending, not letting go, suspending for 7 months, then its business as usual.

By business as usual here I mean, come the end of 2020, these poorest countries, yes the ones you see on your TV with sad faces of malnourished children, the ones you here of children dying every second for lack of malaria medicine, the ones where pregnant women die on hospital floors because there are no delivery beds, no clean water, yes those ones, at the end of 2020 they are to go back to repaying their loans and do you know how steep the terms of those loans are?

Consider this: “…some countries like the Gambia spend up to nine times on debt servicing than on health.”1

As I said before, a debt is a debt and debts have to be repaid, even if the World is grappling with a global pandemic. However, the owed countries and the debtors should, as the US Secretary of State Mike Pompeo told journalist on his digital press conference, revisit the terms and change them to better ones.

African countries should go ahead and make their case not only to China but all the G20 countries and others. There is a need, now than ever before, to put humanity ahead of profits. I mean this situation is the scenario of a rich kid in school with a lunch box full of goodies snatching from the poor kid the one piece of candy he has, just because he lent it to him last week in exchange for help in his math homework!

The math homework is much more valuable than the piece of candy, but to a hungry child, the value of the math homework does not beat easing the rumbling of an empty stomach, so he took the deal.

That is the case of Africa and other poor countries, they enter these loan deals that have unreasonably steep conditions not because they don’t know, but because they need the money to save lives, the lives of children dying from curable malaria, the lives of women delivering on hospital floors …

1 An assessment by ONE, a global online movement campaigning against end to extreme poverty, published in the East African.