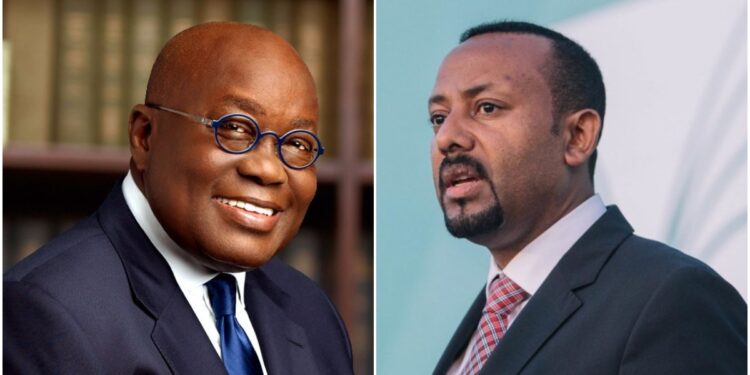 Both countries have opportunities and challenges in equal measure

Ghana remains a favourable investment destination in Africa in 2022, despite the impact of the challenges the economy faces including the COVID-19 pandemic.

Data by the US Department of State indicates that the economy has continued to rebound from the negative impact of the virus, and has made attracting foreign direct investment a priority.

The economy has expanded at an average of 7 per cent since 2017 to 2020, but reduced progress amid the pandemic to only register 0.9 per cent.

In 2021, the IMF said the country’s growth would rebound to 4.6 per cent in 2021 from the shocks of COVID-19, as a result of improved port activity, construction, imports, manufacturing, and credit to the private sector.

“In general, Ghana’s investment prospects remain favorable, as the Government seeks to diversify and industrialize through agro-processing, mining, and manufacturing,” the Department said.

Pros of doing business in Ghana

According to available data, Ghana has several opportunities for investors. These include abundant raw materials including gold, cocoa, and oil/gas.

The country also boasts of relative security, and political stability.

It also hosts the African Continental Free Trade Area (AfCFTA) Secretariat which makes it stand out as one of the better locations for investment in sub-Saharan Africa.

The Department also noted that Ghana does not discriminate against foreign-owned businesses as investment laws protect investors against expropriation and nationalization.  “Laws in the country also guarantee that investors can transfer profits out of the country, although international companies have reported high levels of corruption in dealing with Ghanaian government institutions.”

The Department lists agribusiness and food processing and textiles and apparel as some of the country’s most promising sectors for investors. Others include downstream oil, gas, and minerals processing, construction and mining-related services subsectors.

Cons of doing business in Ghana

According to the data, Ghana struggles with low internally generated revenue, and inefficient state-owned enterprises.

The Department noted that as the country seeks to move beyond dependence on foreign aid, it must develop a solid domestic revenue base.

Further, the Department notes that Ghana has enough installed power capacity to meet current demand. However, it needs to make the cost of electricity more affordable through more effective management of its state-owned power distribution system.

According to the data, Ghana faces several challenges that hinder foreign direct investment, among them costly and difficult financial services and lack of government transparency. Corruption, under-developed infrastructure and a complex property market are also to blame.

The Department also lists costly and intermittent power and water supply, the high costs of cross-border trade, a burdensome bureaucracy, and an unskilled labour force as other major challenges.

“In addition, there have been troubling trends in investment policy over the last six years, with the passage of local content regulations in the petroleum, power, and mining sectors that may discourage needed future investments,” the report said.

“The government has acknowledged the need to strengthen its enabling environment to attract FDI, and is taking steps to overhaul the regulatory system, improve the ease of doing business, and restore fiscal discipline,” the report noted.

Across the continent, Ethiopia has been making progress on its ambitious economic reform agenda, despite several challenges that dampen recovery efforts.

The US Department of State says the economy, which was ranked 159 out of 190 economies on the World Bank’s Ease of Doing Business Index in 2020, still has factors that make it attractive to investors.

“Ethiopia’s economy has been challenged by the COVID-19 pandemic, a severe locust infestation, localized unrest in several parts of the country, political tensions, and a devastating conflict in the Tigray region,” the department said.

Pros of investing in Ethiopia

The country is the second most populous country in Africa after Nigeria, with a population of over 110 million, approximately two-thirds of whom are under age 30. This presents a huge opportunity for investors.

According to the Department, low-cost labour, a national airline with well over 100 passenger connections and growing consumer markets are key elements attracting foreign investment.

The government of Ethiopia unveiled its “Homegrown Economic Reform Plan” under which Ethiopia has also implemented several sweeping macro, structural, and sectoral reforms, with a focus on enhancing the role of the private sector in the economy and attracting more foreign direct investment.

The plan, announced in 2019, is an ambitious three-year strategy that prioritizes growth in five sectors namely mining, ICT, agriculture, tourism, and manufacturing.

Fast forward to December 2019, the IMF approved a three-year US$2.9 billion programme to support the reform agenda. The programme seeks to reduce public sector borrowing, rein in inflation, and reform the exchange rate regime.

Cons of doing business in Ethiopia

According to the State Department, Ethiopia’s imports in the last four years have experienced a slight decline, in large part due to a reduction in public investment programs and a dire foreign exchange shortage.

The overvalued exchange rate and illicit trade have also hampered official exports. The acute foreign exchange shortage (the Ethiopian birr is not a freely convertible currency) and the absence of capital markets are choking private sector growth.