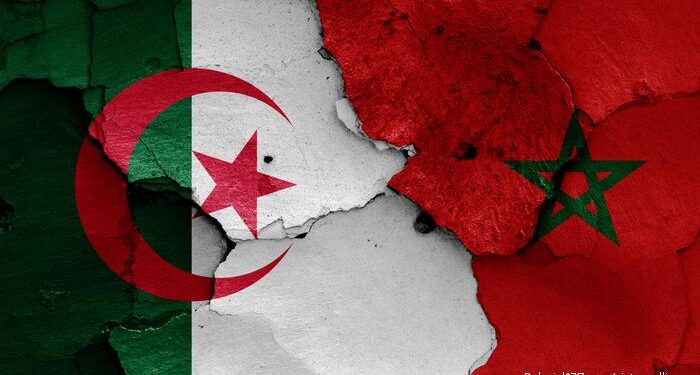 The rivalry is the driving force behind why broader economic cooperation, trade, and investment across North Africa and neighbouring regions have failed to progress despite great potential.

by Joseph Kangethe
in Africa, Business
0
Share on FacebookShare on LinkedIn

Algeria President Abdelmadjid Tebboune authorized Sonatrach (state energy firm) to stop gas exports to Spain through the pipeline that transverses through Morocco to Spain, due to tensions with Rabat, accusations that Morocco denied.

The 1400 km GME pipeline has been in operation for over 55 years, delivering billion cubic metres per year to Portugal and Spain.

On August 26, Algeria’s energy minister, Mohamed Akrab confirmed the country’s intention to only use the Medgaz pipeline, which directly links to Spain through the Mediterranean Sea.

President Tebboune affirmed the decision after deliberations with the Prime Minister, ministers of energy and foreign affairs, saying in a statement that the hostile behaviour of the Moroccan Kingdom undermined national unity.

Economic Implications of the shut off to Morocco

According to Rystad Energy, Morocco produces roughly 12 per cent of its national electricity from Algerian gas. Consequently, the GME shut off will, to a great extent, affect the supply of electricity in the country.

Morocco will lose tens of millions of dollars of transit fees generated from the users of the pipeline.

There are a few gas extraction projects taking place in Morocco, but a handful of them are not close to fruition until 2025. The volumes they currently produce are certainly not enough to counter the balance offset by Algiers.

One of the options on the table for the Cherifian Kingdom is to push conventional and more polluting power plants to full capacity by importing more oil and coal.

Although Algeria is the initiator of the ban, they still stand to lose economically. The two pipelines, GME and Medgaz pipeline offered security and flexibility of the Algerian gas.

Algeria agreed to keep a constant supply with a second pipeline that passes under the Mediterranean to Spain. However, this route does not supply as much natural gas as the Gaz-Maghreb-Europe (GME) pipeline.

According to the National Institute for Statistics in Spain, Spaniards paid 63 per cent more for electricity in November 2021 after Algiers applied the ban.

The country experienced the highest level of inflation since 1992 which rose to 5.4 per cent in October. Spain’s dirtiest coal power plant, As Pontes, despite being in the process of shutting down, had to get back to try and stabilize the energy hiking prices.

In 2021, the European Commission ranked As Pontes top in carbon dioxide emission in Spain. However, the country has pledged to fully eradicate its use of coal by 2030.

A British gas company, Sound Energy, said on November 30 that it would supply Morocco’s state-owned power firm with gas as the kingdom seeks to replace supplies offered by the Algerian pipeline.

An agreement was signed between Sound Energy and Morocco’s National Office of Electricity and Drinking Water (ONEE).  The gas firm “committed to producing, processing and delivering” up to 350 million cubic metres of gas per year, which will feed into and revive the Gas Maghreb-Europe (GME) pipeline.

Algeria bans Morocco from its Airbase

Late last year, Algeria closed its airspace to all Moroccan Aircraft, a month after cutting diplomatic relationships between the two countries.

The Algerian presidency still alluded to the decision to the continued provocations and hostile practices that came from the Moroccan side.

Algerians travelling to Morocco have had to travel through Tunisia, Algerie Air told Reuters.

Morocco has called out Algerian allegations and the decision to cut diplomatic ties on August 24 as fallacious and even absurd.

The rivalry is the driving force behind why broader economic cooperation, trade, and investment across North Africa and neighbouring regions have failed to progress despite great potential.

The border between the two countries has been closed since 1994. Both countries have spent heavily on military procurement attempting to achieve regional supremacy. In 2020, Morocco announced a five-year plan worth US$20 billion, while Algeria spent US$58 billion between 2005 and 2015, each to outsmart the other.

Algeria is in protest of Morocco’s efforts to dominate Western Sahara, a disputed territory between the two countries. Algeria went ahead to back a Western Sahara separatist group that broke off a cease-fire with Morocco.