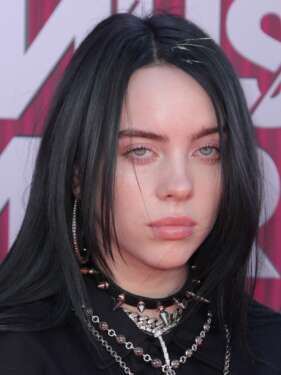 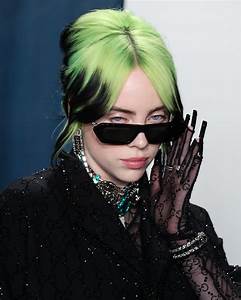 After winning four major categories of Grammy Awards, Best Album, Best Record, Best Song, and Best New Artist, it is no surprise that 19-year-old Billie Eilish boasts a net worth of $25 million.

Her journey to stardom begun in 2016 on SoundCloud before she inked a record deal with Interscope Records. Thereafter, the rest became history the American singer and songwriter went on to fame after her 2019 single “Bad Guy” topped the Billboard Hot 100 chart.

That is no easy feat since she is actually the very first person in close to 40 years to accomplish that feat. It is no wonder that Billie is one of the highest-paid musicians in the world.

Billie Eilish net worth is $53M

Check those dates, Billie was well underway to earning way more than that had the global Coronavirus pandemic not forced social distancing and the grounding of flights.

She nonetheless got some $25 million from Apple which paid her for a documentary.

Who is Billie Eilish

Born on December 18, 2001, to Maggie and Patrick O’Connell, who incidentally are both in the entertainment industry, Eilish, joined the LA Children’s Choir at the age of eight.

She wrote her first song at 11 and two years later, at 13 years old she recorded the song “Ocean Eyes,” recorded a music video, and uploaded it to SoundCloud and Spotify.

The song went viral receiving more than 170 million streams on Spotify. It was eventually certified Platinum by the RIAA and reached number 84 on the Billboard Hot 100 chart.

She is officially the youngest person to win the four main Grammy categories – Best New Artist, Record of the Year, Song of the Year, and Album of the Year all in the same year.

Also according to RIAA, she has sold 37.5 million singles in the US alone, in fact, Billie is the 23rd biggest artist of the digital singles era.

Her record-breaking spree does not stop there, Eilish’s debut studio album called When We All Fall Asleep, Where Do We Go? Which she released in 2019 debuted at the top of the Billboard 200 and became the best-performing album of 2019 in the US.

Billie did not stop at topping the US charts, in 2020, she performed the theme song “No Time to Die” for the James Bond film that is also titled No Time To Die and with it soared to number in the UK charts.

The album contains six Billboard Hot 100 top 40 singles here are a few that are still topping the charts: “When the Party’s Over”, “Bury a Friend”, “Wish You Were Gay”, “Xanny” “Everything I Wanted”, and “Bad Guy” which was in fact her first No. 1 single in the US.

Rick Ross Net Worth | His Family and Lifestyle 2022