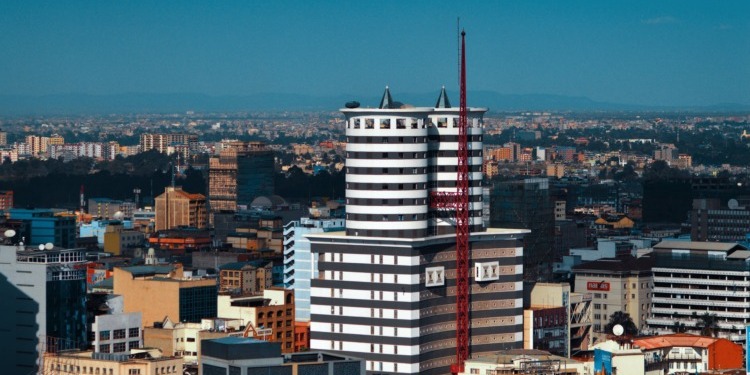 The Kenya Purchasing Managers’ Index ticked higher in October, as output growth strengthened for the first time in five months and new business continued to grow.

According to the Markit Stanbic Bank Kenya survey, the country’s headline figure climbed to 51.4 in October, from 50.4 in September.

During the period, new business volumes continued to rise, extending the current run of growth that began in May.

According to panellists, the increase was largely driven by the normalization of business spending following pandemic-related measures.

“Despite climbing to a four-month high, the rate of output growth was only modest overall, the report noted.

Upturns were seen in the services and construction sectors, whereas activity fell across agriculture, manufacturing and wholesale and retail.

“In October, business activity expanded at the fastest pace in the past five months driven by higher demand and output. The improvement in domestic demand was driven by increased client spending primarily in wholesale and retail trade,” said Kuria Kamau, Fixed Income and Currency Strategist at Stanbic Bank.

The survey found that new orders received by Kenyan firms rose for the sixth month in a row during October, amid reports of increased economic activity and client spending.

The expansion was particularly strong among service providers, with wholesale & retail firms also seeing an uptick.

This drove the overall rate of new order growth to the highest since May, despite lower sales in the agriculture and construction sectors.

Nevertheless, output struggled to keep up with demand, leading to a slight increase in outstanding work.

Employment levels were raised for the sixth month running as firms looked to boost overall capacity.

The survey however found that the pace of job creation slowed from the previous month and was modest, as some respondents cited delays in filling open positions.

Higher employment was recorded in the agriculture, construction and services sectors in October, whereas manufacturers saw a decline for the first time in eight months.

“Notably though, the rate of job creation slowed and was only modest, as businesses continued to project a relatively subdued outlook for future activity amid uncertainty over how the pandemic will impact spending decisions,” the survey notes.

In terms of salaries, the survey noted that the Staff Costs Index posted above the 50.0 no-change level for the sixth consecutive month in October, to signal a further – but marginal – increase in salaries at Kenyan companies.

“Where purchasing rose, firms commonly linked this to higher sales. Wholesale and retail bucked the wider trend to post an outright decline in buying activity in October.”

Delivery times continued to improve, albeit to a lesser extent than in September due to mentions of shortages at some vendors.

The survey also found that while many vendors sped up deliveries to retain their clients, some reportedly struggled with supply shortages. Delivery times have now shortened in each month since June 2020.

At the same time, inventory growth continued on its modest trend in October, posting a similar upturn to those seen throughout the current six-month run of expansion.

Input holdings grew across four of the five broad sectors covered by the survey, the exception being manufacturing.

The survey also note that the rate of output charge inflation in the Kenyan economy accelerated for a second month running to a solid pace in October.

According to panellists, charges were raised to protect profit margins as input costs also grew.

Notably, the overall rise in selling charges was the strongest since the start of the year.

All five sectors registered higher prices on average in October.

“To protect profit margins, Kenyan firms often passed additional costs through to their clients. Consequently, output charges rose solidly and at the fastest rate since the beginning of the year,” the report noted.