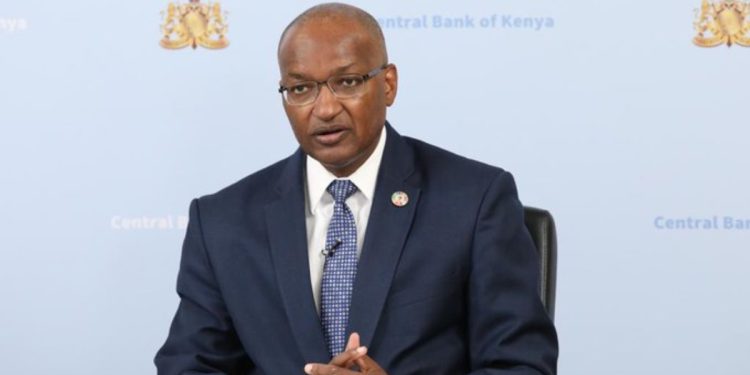 CBK noted that DRC's admission to the EAC also means it joins the institutions of the community, including the EAC's Monetary Affairs Committee

The Central Bank of Kenya (CBK) has welcomed the admission of the Democratic Republic of Congo (DRC) into the East African Community (EAC).

In a statement seen by The Exchange Africa, CBK said noted that DRC’s admission to the EAC also means it joins the institutions of the community, including the EAC’s Monetary Affairs Committee (MAC).

The occasion was marked by depositing the instrument of ratification with the Secretary-General of the EAC on July 11, 2022.

It also effectively expands the region’s market size and offers a path between the seas for trade and cultural integration and new investment and employment opportunities for a dynamic population of about 300 million.

Commenting on the event, CBK Governor Patrick Njoroge, the bank’s regulator, looks forward to working with the country.

“On behalf of my fellow EAC Central Bank Governors, I warmly welcome the people of the DRC into the East African Community. In particular, I am pleased to welcome Mme. Malangu Kabedi-Mbuyi, Governor of the Banque Centrale du Congo, to the MAC,” he said.

“While my fellow EAC Central Bank Governors and I have had to work closely with Mme. Kabedi-Mbuyi, on numerous initiatives, will now be an integral member of the MAC. We look forward to working together for the prosperity of our people,” he added.

The Exchange Africa recently reported that there is no stock exchange in the country, and only a small number of private equity firms are actively investing in the mining industry.

Additionally, there are hardly any institutional investors in the DRC except for an insurance company and a state pension fund.

The Central Bank of Congo (BCC) developed a market for short-term bonds bought and held by local Congolese banks. The absence of a domestic debt market has meant that the fixed-rate market is limited to government-issued treasury bonds with maturities of up to 28 days traded through commercial banks.

Amne Suedi is an international lawyer with sound knowledge of doing business in East Africa recently said that DRC’s admission in the EAC is a game-changer to the bloc’s trade performance given the DRC’s natural resources base and a consumer market of 90 million people, which is almost half the current EAC population.

Suedi noted that DRC is the World’s biggest producer of cobalt, a significant component in producing rechargeable batteries for electric vehicles, and Africa’s leading copper producer.

“It is also a major producer of gold, diamonds, uranium, coltan, oil, and other precious metals, making it one of the most resource-rich countries in the World. Therefore, the availability of these resources, coupled with appropriate transport infrastructure, which still needs to be developed, can boost the EAC’s industrialisation agenda through reduced transactional costs for labour from lower- to higher-productivity activities. This would lead to economic transformation in the East African economies.”

Since coming to power in 2010, President Tshisekedi has been keen to engage the EAC leaders, despite the country being a member of the Economic Community of Central African States and the Southern African Development Community.

The entry of DRC into the regional bloc will bring various changes to the community.

According to the community’s Secretary-General, the entry of DRC is crucial since it would strengthen her historical relations with East Africa. Mathuki further noted that the admission of DRC would boost the community economically and geopolitically.

The SG went ahead to note that the people of DRC would benefit because of the free movement of people from DRC to other countries without a visa if they are fully in the EAC.

He added that DRC would also nominate nine East African Legislative Assembly members and judges to the East African Court of Justice, the judicial organ of the community.

He also said that the entry of DRC into the EAC would ease the free movement of goods, especially to the country’s eastern region, which relies on the Dar es Salaam and Mombasa ports for her imports and exports.