Coronavirus and Tourism, the demise of the African Safari

According to WHO, there are now more than 100 cases of the coronavirus recorded in 11 countries in Africa, Egypt having more than half of the cases. 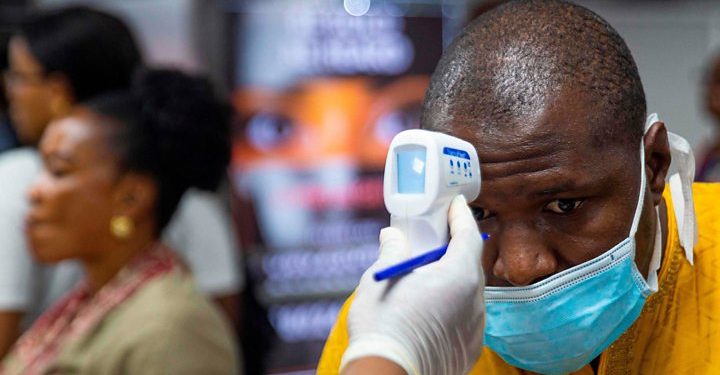 A hand-held thermal scanner pointed at a person : BBC : Exchange

It is now a fact that the coronavirus (COVID-19) outbreak is a pandemic according to World Health Organization (WHO), and just from that stand-point, the tourism sector is not safe from the pandemic pinch.

The world is on its heels, nations are now rolling a series of aviation restrictions to curb the virus outbreak, limiting numerous economic and societal operations over space and time—which also have ripple effects on the continent’s tourism sphere.

Currently, more than 4,900 people have died and over 132,000 have been infected globally, according to the WHO.

According to WHO, there are now more than 100 cases recorded in 11 countries in Africa, Egypt having more than half of the cases.

In light of the outbreak magnitude, there is a concern that the tourism industry is yet to see more changes that could hurt the most lucrative and paying sector in the continent.

Recently, Italy, Unites States, and the United Kingdom to mention a few big-players stepped up their precautions and postponed gatherings and other leisure interactions until the upper-hand is gain on the deadly virus.

Not only African safaris are hurt by the pandemic, but also—Meetings, Incentives, Conferences and Exhibitions (MICE).

The fate of the African Safari

Numbers do show more, the World Travel and Tourism Council (WTTC) says up to 50 million jobs could be lost because of the pandemic, while the travel sector could shrink up to 25 per cent in 2020.

In that context, the region could witness a massive drop in arrivals, compared to 2019 whereby—the United Nations World Tourism Organization indicated growth in arrivals of 4 per cent in line with the global average.

The pandemic is now considered as a threat to the industry by the body, and ripple effects are seen in Kenya, Tanzania, Egypt, South Africa, Egypt, Morocco as one of Africa’s vibrant and renowned tourist hotspots in the continent.

Tourism is one of the most important industries in Africa and contributed 8.5 per cent (equivalent to $194.2 billion) of the continent’s gross domestic product (GDP) in 2018, according to the WTTC.

Also, Africa was the second-fastest growing tourism region with 5.6 per cent growth in 2018 against a global average growth rate of 3.9 per cent.

However, in Kenya, the Cabinet for Tourism and Wildlife Najib Balala said on Thursday that Kenya has already dedicated over $ 4 million to fund the nation’s tourism recovery plan following the pandemic, including reassuring travellers and restoring their confidence in Kenya is the best destination. Thus—nothing like this has yet surfaced from Tanzania.

Egypt on the hand is also facing its hurdle, as still tourist cancel their reservations and raising concerns to local businessmen and women.

According to information from Middle East Eye, an employee at the Cairo-based Chamber of Tourism said that the recovery was now under threat after 70 to 80 per cent of reservations in both hotels and cruises ship were cancelled over the last 10 days

Tourism is relied upon by many locals in Egypt as their source of livelihood, the pandemic could lead them into economic hardship.

Still, Egyptian tourism actors, are trying to salvage what they have, by zeroing down onto local tourist, with modest packages to keep their business afloat.

In South Africa, the Tourism Minister Mmamoloko Kubayi-Ngubane Spoke on the pandemic impact onto tourism, during the Tourism Leadership Forum on Monday, noting that the outbreak of the Coronavirus has already affected the tourism industry negatively.

The number of Coronavirus cases in South Africa has risen to seven after four more new cases were confirmed on Monday.

However, according to South African Government News, Kubayi-Ngubane said to mitigate against the potential negative impact on businesses and jobs, the South African government will work with all stakeholders to implement measures that will assist to bring relief to affected businesses and individuals.

“The longer these restrictions continue, the hardest-hit part of the value chain will be the core industries which include accommodation, food and beverage services, recreation and entertainment, transportation and travel service,” the Minister said.

Further, Kubayi-Ngubane said the South African government will engage treasury to assist businesses in distress to access the employment incentives that have been put in place and will negotiate with various meeting and events owners to postpone to future dates based on scenarios to minimize cancellations.

Morocco is yet another exotic destination with a coronavirus case and also hurting from it economically. According to information from Morocco World News, the Moroccan Ministry of Tourism and the national airline (Royal Air Maroc) predicted mass cancellations in March.

The body predicted a loss of about 100,000 tourists in March and coming months. Hence—as the outbreak unfolds further in the rest of the continent, predictions indicate more downturn for the tourism sector.

According to the UNWTO, in 2018 African had a 5 per cent share of the global 1.4 billion international tourist arrivals in 2018, with receipts topping at # 38 billion.

READ:Coronavirus inspired global recession or is it depression for Africa?

South Africa could remain in darkness until Sunday