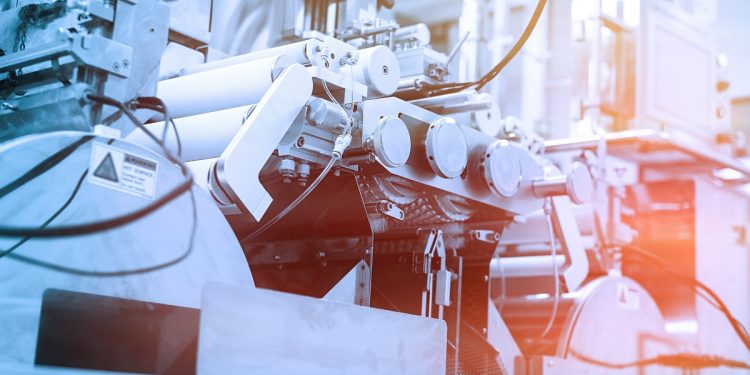 Manufacturing equipment. Digitalisation is expected to give a turnaround to the most consequential disruptions in national economies post pandemic.

Responding to the Covid-19 crisis is building momentum for Africa’s digital transformation to overcome the pandemic and create more productive jobs.

The pandemic remains the hardest shock to African economies in 25 years with the continent’s Gross Domestic Product (GDP) decreasing in 41 countries in 2020. This is in comparison to 11 countries in 2009 when the Global Financial Crisis hit.

While it remains unknown what life after the coronavirus will look like, if indeed that time is coming, the pandemic offers a unique opportunity to transform African economies. Some pundits adduce that with the integration of other issues plaguing the African economy including climate change, the continent has a sustainable development opportunity for business valued at US$7.7 trillion by 2030.

Read: African agriculture: who will own the future?

The sustainable development business opportunity has to incorporate ecologically sustainable and socially acceptable bio-economy for the security and sustained livelihoods of Africans.

With this in mind, the latest Africa’s Development Dynamics (AfDD) report by the African Union (AU) notes that Africa’s governments are facing the crisis with lower financial resources than they have done before.

The report adds that over the 2010‑18 period, domestic revenues per capita decreased by 18 per cent, and external financial flows per capita by 5 per cent. Tax‑to‑GDP ratios had already been stagnating at 16.5 per cent between 2014 and 2018 in 30 African countries, despite important tax reforms.

Decreasing revenues remain a dark cloud over many economies with public revenues expected to contract even further, by about 10 per cent in at least 22 African countries between 2019 and 2020. Consequently, total national savings could drop by 18 per cent, remittances by 25 per cent and Foreign Direct Investment (FDI) by 40 per cent.

Despite all the grim projections, there is hope for the continent where the digital sector offers an opportunity for governments to help kick-start a new growth cycle in the aftermath of the Covid-19 crisis, according to the report.

Africa has a booming digital sector and governments should encourage the spreading of digital technologies, data and interconnection to all sectors, starting with healthcare. This way, African countries can accelerate economic transformation and the creation of productive jobs.

Currently, an estimated 58 per cent of the population now live in areas covered by 4G networks.

On financial inclusion, Africa has more than 480 million mobile money accounts which is more than all other developing regions taken together. There are more than 500 African companies providing technology-enabled innovation in financial services (fintech).

The valuation of some African start-ups exceeds a US billion dollars and there is an excess of 640 tech hubs active across the continent.

Beyond digital infrastructure development, however, most digital success stories remain exceptional.  The downside is that innovations hardly trickle down to the real economy and creates too few jobs. The report notes that only 26 per cent of rural dwellers use the Internet regularly, compared with 47 per cent of those living in urban areas.

The other unfortunate statistic is that in 37 African countries, more than 50 per cent of the population cannot afford 1GB of data per month because it is too expensive. In case they have to have the data, they would have to forego some essentials like cutting out meals making the internet such a luxury in these countries. Interestingly, only 31 per cent of all African firms have their own website.

To enable advancement in this area, the AU report recommends that governments should promote the dissemination of digital innovation beyond large cities. Continent-wide, only 35 per cent of intermediary cities are connected to terrestrial fibre-optic networks. Connecting them can have a strong multiplier effect since 73 per cent of Africans will live in intermediary cities and rural areas by 2040.

Another recommendation is that African governments invest in the development of Africa’s workforce skills and provide social protection for informal iWorkers. Recent surveys show that many iWorkers face unpredictable and lower compensation than the national minimum wage, and they do not benefit from standard labour conditions as informal employment. Expanding and adapting social protection systems to this new reality is critical to address the vulnerability.

In addition, governments should remove barriers that prevent smaller firms from competing and growing in the digital age. Venture capital funding for Africa’s start-ups grew sevenfold between 2015 and 2019, yet the funding ecosystem for entrepreneurs remains fragile and inadequate. Half the most dynamic start-ups are based in only five cities:  Cape Town, Lagos, Johannesburg, Nairobi and Cairo.

The governments should also update regulations and harmonise them at regional and continental levels. Currently, only 28 countries in Africa have personal data protection legislation in place, while 11 have adopted substantive laws on cybercrime.

With the adoption of these recommendations, the report notes that African governments can help accelerate digital transformation and job creation in all economic sectors.

While digitalisation seems like the panacea to dealing with the economic challenges in Africa, the pandemic poses an unprecedented threat to financing Africa’s development by creating new risks and exacerbating pre-existing vulnerabilities.

The Covid-19 crisis strengthens the role of digitalisation in contributing to Africa’s productive transformation and in fulfilling the AU’s Agenda 2063 which is its vision for the continent’s development. Digital transformation is expanding to almost all economic sectors, most rapidly to healthcare due to Covid-19 with the continent boasting headline digital successes.

Mobile money is a well-known example with the world’s highest number of accounts estimated at 300 million on the continent. This bankability is altering local job markets, starting in East Africa.

To reap the maximum benefits of digitalisation, African governments should deepen regional and continental co-operation for digital transformation.

Digitalisation is expected to give a turnaround to the most consequential disruptions in national economies including productivity decline, reduced capital utilisation and increased trade costs. Losses in educational achievement and health are other disturbances which will slow down Africa’s productive transformation but technology could come in handy in reversing or halting the effects.