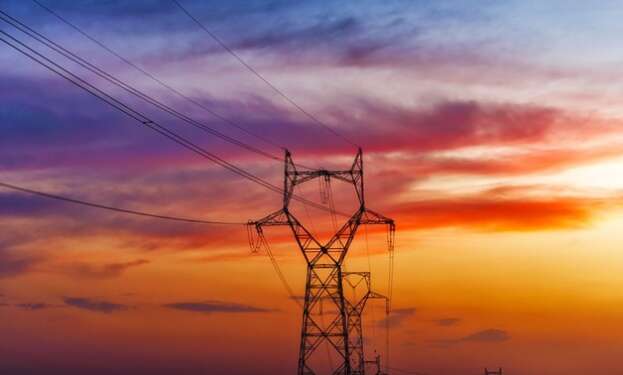 Egypt and Sudan have signed a deal that will see the capacity of electricity linkage between the two countries raised to 300 megawatts.

The two countries made the decision after signing a contract agreement on Tuesday, March 30.

The contract to raise the capacity and stability of the existing electrical interconnection line between Egypt and Sudan was signed by the Egyptian Electricity Transmission Company and Siemens Energy Company.

Egyptian Minister of Electricity and Renewable Energy Mohamed Shaker and Sudanese Ambassador to Cairo Mohamed Elias are among the people who attended the signing ceremony.

According to the contract, the capacity of the linkage will rise from 80 megawatts to 300 megawatts.

In a statement released on Tuesday, the ministry stated that the contract includes the supply and installation of (2) ineffective compensator units (STATECOM) capacity of 2 x + – 150 megafars.

The total value of the contract is 453 million Egyptian pounds, which will be financed by the strategic projects of the General Office of the Ministry of Electricity and Renewable Energy, with an implementation period of about 18 months from the date of signing the contract.

This signature comes within the framework of the interest that the electricity and renewable energy sector attaches to the electrical interconnection projects so that Egypt becomes a regional center for energy exchange with Europe, Arab and African countries.

These will be integrated with the renewable energy in a comprehensive power generation system to ensure its economic use later.

He explained that hydrogen plays a major role in the seasonal storage of electricity produced from renewable energy.

It also has the ability to decarbonise other sectors when used in other applications, such as in transport, industry, or injection into the gas network.

Shaker stressed that the energy strategy has been updated until 2035 to include the use of hydrogen. He noted that hydrogen is classified according to the energy source used in its production.

The minister noted that contracts are underway with a number of investors, to implement projects at low prices, amounting to 2 cents/KW of solar energy and 3 cents/KW of wind energy.

He added that Egypt has succeeded in providing more than 20% of its consumption requirements in the form of clean energy.

The minister referred to the work in the supplementary phase to establish a parallel electricity line integrated with the existing national networks. This will ensure an exchange capacity of up to 2,000 MW with Jordan, Iraq, and Syria at a cost of $2.1bn.

Shaker explained that electrical interconnection projects between countries have many benefits, including technical, economic, environmental, social, political, and legal ones. These are represented in improving the economic reliability of electric power systems.

There is an added importance of linkage projects in also strengthening security between countries and political stability, due to the creation of an atmosphere of cooperation and dialogue.

Also Read: Quick facts: What you need to know before investing in Côte d’Ivoire

This includes the existence of common economic interests and the creation of new job opportunities during the construction and operation period.

The minister stressed that the interconnection projects are an important means of securing and stabilising the electrical system, and one of the basic pillars of cooperation between countries.

These projects aim to reduce capital and operational costs for producing electricity, to meet a certain level of demand and to achieve savings in the use of primary energy.

He said that Egypt is working hard in the direction of promoting electrical interconnection projects, which plays an important role in enhancing energy security and increasing the use of renewable energy in the medium and long term.

This year is supposed to be the starting point for the electrical interconnection project with Saudi Arabia to exchange 3 GW between the two countries, as contracts are expected to be signed and all tenders will be awarded during the second half of the current year after modifying the lines’ routes due to the implementation of the NEOM project.

The second half of the current year will witness the transfer of capacities between 100-150 MW from Jordan to Iraq after the completion of the construction of the line, with a voltage of 400 kV. It is assumed that a second phase of the project with a capacity of 500-600 MW will be implemented in 2022.

This year, the Ministry of Electricity is seeking to complete the establishment and development of 47 control centres in the electricity distribution networks nationwide.

A total of 12 to 20 centres will be completed by the end of December, as well as the installation of prepaid meters, and the completion of the installation of all smart meters in the pilot project announced by the Ministry to install 250,000 meters within six distribution companies.

The Ministry of Electricity is also negotiating the implementation of renewable energy projects with a capacity of 1,400 MW.

It is expected that contracts will be signed with the executing companies during the second half of this year.

Mozambique LNG project gets another blow