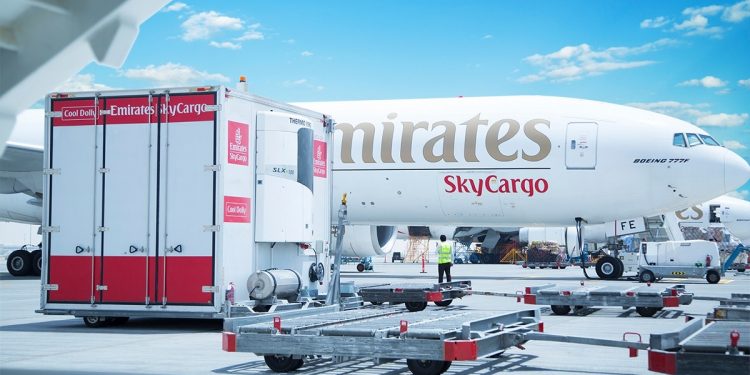 With the multibillion flower export business in Kenya, national carrier Kenya Airways (KQ) and Emirates could make the segment a possible battleground to control freighting the commodity.

Already, Emirates is ahead of the pack in Kenya having freighted 2,000 tonnes of cut flowers from the East African nation through its Emirates SkyCargo in January.

Kenya Airways is also propping up for the general air cargo market of which flowers make up for a sizeable account in Kenya. The national carrier is aggressively moving to consolidate air cargo transport after successfully launching the first direct flight from Nairobi to the US.

With the Expo 2020 Dubai beckoning, Emirates is off to a good start with cut flower transportation from Kenya to its more than 155 destinations globally.

Last year, Emirates SkyCargo transported over 46,000 tonnes of flowers across the world with over 24,000 tonnes, originating from Kenya.

Emirates Cargo Manager East Africa, Saeed Abdulla said; “Flowers, especially roses and carnations are the most hauled products from East Africa by Emirates SkyCargo. We met our seasonal Valentine’s Day flowers demand with our freighter service between Kenya and the Netherlands as well as the Middle East. This year, we deployed two additional freighter services to meet the demand for transport of flowers. As an airline, we have invested heavily on in our fleet and infrastructure to deliver fresh flowers to customers across different markets.”

Every day, Emirates SkyCargo transports fresh flowers across its global network of over 155 destinations onboard dedicated freighters as well as in the belly hold of passenger aircraft.

In order to ensure maximum freshness and shelf life, the flowers are maintained in a temperature-controlled environment during the transport process.

“Since we launched Emirates Fresh in 2017, we have transported around 400,000 tonnes of perishables annually. We believe that the export of perishables helps local economies. As a result, we have been able to stimulate global business partnerships and trade by opening new markets for Kenyan exporters through our flight connections across six continents through Dubai,” said Abdulla.

Emirates SkyCargo operates Boeing 777 freighters that can carry up to 100 tonnes of cargo allowing uplift of a large volume of cargo.

The airline continually offers cargo capacity through its Boeing 777-300ER passenger aircraft that can take up to 23 tonnes of cargo on a full passenger flight. Last year, the air cargo carrier moved closed to 2.6 million tonnes of cargo.

In 2020, Emirates SkyCargo is geared up to facilitate global trade and cargo movement through a combination of innovative product development and investment in ‘fit for purpose’ infrastructure.

With Expo 2020 Dubai set to kick off in October 2020, Emirates is working with its partners to provide specialised airfreight services manage the upsurge in the movement of goods to and from Dubai.

Kenya Airways (KQ) is the airline to watch in the airline cargo sector since the introduction of the Nairobi-New York route.

The national carrier in East Africa’s economic hub says that the NBO-NYC route has been critical in supporting commerce for Kenya and the rest of Africa using Nairobi as the hub by reducing transport time and costs, facilitating knowledge and people flow as well as increasing foreign exchange earnings.

There are over 48 American companies and other agencies such as the UN that have their regional headquarters in Kenya.

As of October 2019, KQ had transported 530 tonnes of cargo from Kenya and 80 tonnes from the other African countries to New York.

From Kenya, the main goods transported have been textiles under the AGOA agreement which has been supported by KQ’s partnership with trucking companies for last-mile deliveries.

The airline is also working with the Flower Council of Kenya and other regulatory bodies in Kenya and the US to open up the flower business which has shown huge potential.

944 tonnes of cargo was also freighted from New York to Africa through the KQ flights.

The journey of a flower begins on a farm where they are harvested by hand.

Freshly harvested flowers are then sorted, arranged in bouquets and hand packed into boxes, which are then loaded on the aircraft. Emirates’ three-tiered portfolio of solutions means that Kenya Airways has to up its game to have a major stake in the air cargo transport sector.

This gives KQ an edge on the home front and depending on how it markets itself to clients, Emirates could just be a walkover.

JKIA was ranked 2nd in the Fastest Growing Airports (Handing over 250,000 metric tons of air cargo) category by the Airports Council International (ACI). This is after handling over 342,000 metric tonnes of air cargo in 2018, a 25% growth from what was reported in the year 2017.

Read: JKIA among 5 fastest growing airports in the world