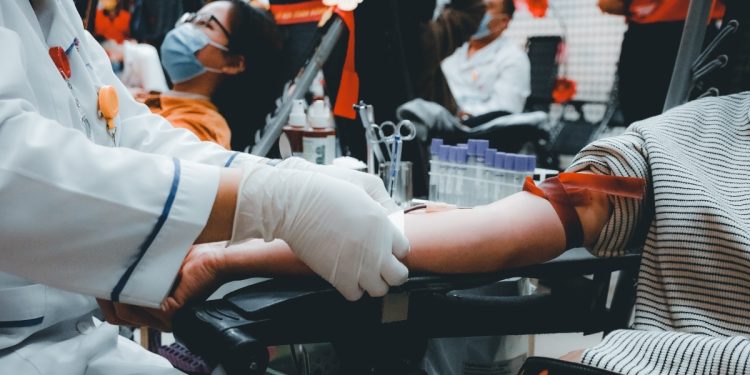 In a statement sent to The Exchange Africa, the country’s ministry of health further indicated that they had been leveraging UHC funds with an additional KSh 700 million ($5.9 million) for blood services.

Blood is used in all major surgeries, road traffic accidents, and its unavailability results in avoidable deaths, thus undoing the gains made in the health sector.

She observed that in 2020, 35 per cent of the country’s maternal deaths were due to bleeding complications, thus reducing the impact of a government-backed initiative dubbed Linda Mama.

“Patients receiving cancer and kidney treatment, an area we have made significant investments require blood transfusions and therefore blood must be available where it is needed for Kenyans to benefit from these investments,” she said.

The PS, who spoke during the launch of the Damu-KE Conference, said that increased resources have expanded blood banking capacity by 100 per cent from 24,000 units to the current 53,000 units through procurement of blood fridges, freezers and cold rooms.

“We have secured our commodity supply chain to ensure that there are enough blood bags, testing and screening reagents in the pipeline until 2023, and thus safely preparing for the upcoming elections,” the PS said.

Mochache further noted that the ministry has also invested in automated machines for blood products preparation. As a result, 25 counties can now prepare packed red cells, cryoprecipitate, plasma and platelets for treatment of cancer, kidney disease, burn patients and blood disorders such as sickle cell, anaemia and hemophilia.

The PS revealed that the government has also placed four Apheresis in Nairobi, Nakuru, Eldoret and Kisumu, thus providing the public sector access to fresh platelets at no cost.

“This system will be used to track blood from the donor to the recipient, thus ensuring accountability for donated blood,” the PS informed.

The Damu- Ke Conference convened in Nairobi, the first in Eastern and Southern Africa, brings delegates from across the world to explore blood, cells, tissues and organs in an integrated manner in line with World Health Organization guidance and global practice from other jurisdictions.

Janssen Kenya is one of the pharmaceutical companies of Johnson & Johnson.

The parties said the move is part of strategic development to expand access to quality treatment regimes in Kenya.

Following the signing of a joint Memorandum of Understanding (MoU) between NHIF and Johnson & Johnson Middle East FZ-LLC (Janssen Kenya), the prescription drug Abiraterone Acetate will be available to NHIF members within their existing benefits package.

The drug is used for the treatment of advanced prostate cancer.

Speaking after witnessing the MoU signing described the partnership as a landmark development that will help boost the local access to innovator drugs.

She said the Ministry of Health and NHIF has been actively engaging innovative pharmaceutical companies to seal similar private-public partnership agreements that will facilitate access to innovator drugs at affordable rates.

Boost for Kenya’s blood bank as new system is launched