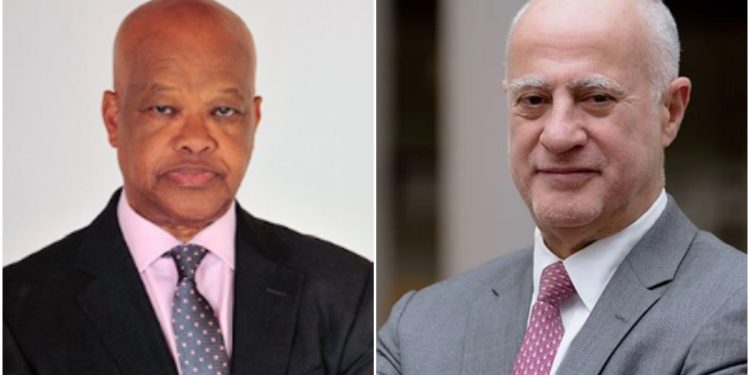 The company unveiled Ngumi as the new chair who would take over from Michael Joseph, who took up the position in 2020

On Friday, July 29, 2022, Safaricom unveiled Ngumi as the new chair who would take over from Michael Joseph, who took up the position in 2020.

In a statement sent to The Exchange Africa, Safaricom said the incoming Chairman has had a 35-year banking career, having worked with local and international corporates with an East African regional presence, state-owned enterprises, sovereigns, and financial services grasps.

Safaricom described Ngumi as a seasoned director who had drawn his experience in both private and state-owned enterprises.

Ngumi had been the first Board Chairman at Konza Technopolis Development Authority. He is also an active and effective board Chair at Kenya Pipeline Company Limited.

The new chair had also served on the board of Kenya Airways PLC, and is also serving as the board chair at the Industrial and Commercial Development Corporation (ICDC), which is leading the effort to implement the Kenya Transport and logistics Network that encompasses the Kenya ports Authority, Kenya Pipeline Company Limited and Kenya Railways Corporation.

“The Taskforce reported back to President Uhuru Kenyatta in September 2021 with a raft of wide-ranging and radical recommendations. Thereafter, the President appointed John as the Chair of the Steering Committee, overseeing the implementation of these recommendations. This Committee submitted its report at the end of June 2022. Currently, John is currently chairing the government team negotiating with IPPs on tariffs.”

The entry of Ngumi puts to an end the era of Joseph in top leadership.

Joseph was the first Safaricom CEO from July 2000, when the company was re-launched as a joint venture between Vodafone UK and Telkom Kenya, until his retirement in November 2010.

He then took over as a caretaker CEO after the death of Bob Collymore in 2019.

During his tenure, Joseph steered the company from a subscriber base of less than 20,000 to over 16.71 million subscribers.

In his exit statement, Joseph said that he wanted to devote more time to supporting Safaricom’s investment in Ethiopia and relinquishing the role of Chairman allows him the flexibility and freedom to undertake this important role on behalf of Safaricom.

“This will also allow me to devote more time to Kenya Airways during this critical time to ensure that we continue the work of restructuring and refinancing for KQ to remain on the journey towards profitability in the next two years,” he said.

He added that it was also important that he continue to play a role in creating the Pan African Airlines Group which is important for the African continent to ensure connectivity as well as reliable and affordable air transport.

“While there is indeed a right time in any man or woman’s life to take a step back from the business and devote more time to enjoying life, in my case, this will probably not happen yet as I will continue to take part in other interesting business opportunities available.”

Joseph further revealed that he would remain as a Director on the Board, subject to approval, for the next few years to continue advising and supporting the Company generally through this transition.

He said he would also continue to support the Board to drive the Company’s strategic agenda as well as to provide continuity and transition guidance to their new Chairman.