The stakeholders were attending the South-South Leather Industry Exchange (SSE) virtual forum organized by the Center for Business Innovation & Training (CBiT) in collaboration with a consortium of national leather associations.

by Kawira Mutisya
in Uncategorized
0 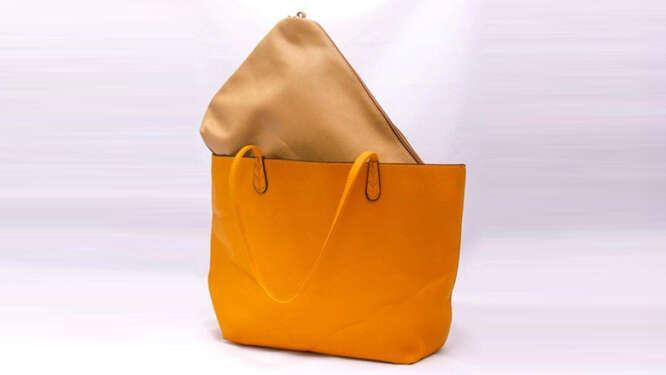 Leather industry stakeholders from East Africa, Egypt and Ethiopia have called for a coordinated development of policies between governments and the private sector.

The stakeholders were attending the South-South Leather Industry Exchange (SSE) virtual forum organized by the Center for Business Innovation & Training (CBiT) in collaboration with a consortium of national leather associations.

A statement released at the end of the forum declared effective policies in the region have seen the leather industry in some countries generate more value across the value chain while highlighting nationalistic policies that have left other countries less competitive.

But why is this even important?

Let’s take a look at the leather industry in general.

Leather and leather products are among the most widely traded agro-based commodities in the world. The global estimated trade value of the sector is over US$120 billion a year and continues to grow. World livestock population is estimated at 3.5 billion; among these, Africa represents 26.32% of the population making it an important sector to the continent.

World hide and skin production is estimated at 1.3b pieces, with Africa’s share estimated at 14% according to data obtained from the Africa Leather and Leather Products Institute (ALLPI).

Although Kenya served as a leather footwear hub for East Africa two decades ago, it is currently a very minor exporter of leather and leather products (only US$140 million, 0.14 percent of world exports in 2013), according to data from the World Bank. Kenya is also significantly less competitive than global leaders including China, Italy, and Vietnam in all competitiveness indicators, except availability of and access to, raw materials. Its competitive position has been eroded by global imports of new low-cost footwear penetrating East African markets and second-hand imported footwear invading domestic markets.

Narrowing down to East Africa, the Executive Director of ALLPI Prof. Dr. Mwinyihija says that these policies, when effected should ensure tangible growth and development are measurable, scoped and address the expectations of industry stakeholders.

“Several policies were nationalistic thereby blocking regional integration and synergy among stakeholders. Nationalistic policies are very slow at creating skills, unlike regional policies that encourage competition and growth of skills. In countries where policies are geared at ensuring local companies get an unfair advantage over competitors many a times their capacity to create value and ensure the capability to support capacity is inadequate,” Prof Mwinyihija said.

He urges the regional partner states to benchmark with the policies undertaken in the Egyptian and Ethiopian leather industry. He added that having an industry-led policy development mechanism including incentives for stakeholders to create synergy through leather parks and cities is vital for the sector.

In Egypt, the country’s leadership has created the largest leather hub in Africa and the Middle East, and has provided incentives for tanneries to move out of Cairo to the Robbiki leather city with free land and compensation for damages during movement. This is according to Mahmoud Sarg, the president, Leather Council of Egypt.

“There is need for goodwill from the government to ensure new policies solve logistical problems, access to finance, base the local market, solve input problems and demand quality assurance through continued skills development,” Mr. Sarg adds.

In Ethiopia, the Ethiopian Leather Industries Association has teamed up with the Leather Industry Development Institute (LIDI) to provide technical support, conduct research and development.

Meanwhile Kenya’s Ministry of Industrialization, Trade and Enterprise Development (MoITED) through the acting Director, at the Directorate of Agro–Industries, Simon Atebe, says that the country’s Ngozi Kenya Leather Park will be ready for occupation by December this year.

“This will happen as soon as the effluence plant is complete, and facilities are ready for occupancy by leather firms. The industry will also receive a lot of support from the Kenyan government,” said Mr. Atebe.

In Kenya, Bata, currently the largest and dominant footwear–maker, has significantly reduced its production of low-end, men’s leather shoes for the domestic market, and its export of leather shoes to the East African market has also declined.

Generally a lot more needs to be done to return the leather industry to its former glory.

Stakeholders have also called for more collaboration between countries in the elimination of fake and illicit leather from the market, strengthening of national associations in policy formulation and implementation and knowledge transfer to enable the region to contribute more to the global leather industry.

“If all measures and policies are agreed upon by member states, the sector will contribute more with a positive socio–economic impact through the targeted market share in States. Time limits need to be put in place to ensure no delays in implementation of agreed policies in the East African Community,” concluded Mukashaka Germaine, Chairperson, Leather Value Chain Industry Platform, Rwanda.

The SSE virtual forum is a CBiT–led initiative in collaboration with a consortium of national leather associations in EAC, Egypt and Ethiopia with the support of GIZ-EAC and GFA Consulting Group, and was held on 27th – 28th January, 2021.

The forum aimed to facilitate sharing information and best practices in advocacy and to promote the establishment of business linkages between leather entrepreneurs and prospering leather industries in Kenya, Uganda, Tanzania, Rwanda, Burundi, Ethiopia and Egypt.

The SSE forum is among four key components of the Leather Industry Network (LIN) project, undertaking to foster trade and shape the sector’s regional development agenda. This is to be achieved by utilizing digital networking as a strategic tool in harnessing the potential of private sector leather players. Further, the LIN project hopes to capacity–build leather associations in East Africa and influence policies that can promote favorable leather industry framework conditions.

Its Kenya's turn at the helm of EAC trading bloc!