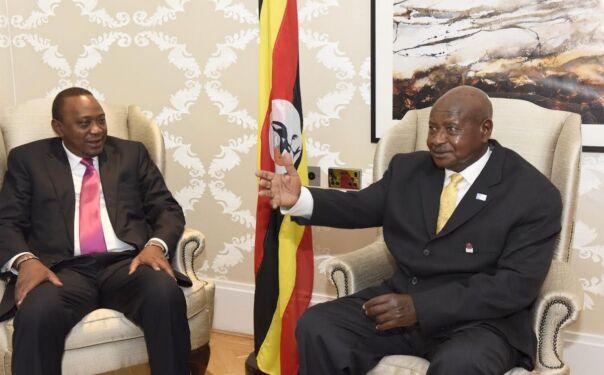 by Mustapha Juma
in Business, Industry and Trade
0
Share on FacebookShare on LinkedIn

The trade war that has been witnessed between Kenya and Uganda is finally coming to an end following a pact that has been signed by the two countries.

Last month, Kenya set the stage for a war with its main trading partners in the East African Community (EAC) after it banned the importation of maize from Uganda and Tanzania.

The Agriculture and Food Authority (AFA) said that surveillance and tests they had done on maize from the two countries had shown that most of it was infected with aflatoxin.

However, the recent activities by the EAC member states have proved that there is a new dawn and a new era for the community.

Over the past one week, Tanzania, Kenya and Uganda have been running up and down to ensure that the good relations that the countries used to enjoy are restored.

Tanzania’s President Samia Suluhu Hassan was in Uganda last weekend for a one-day state visit where she witnessed the signing of oil deal with Uganda.

Prior to her Uganda visit, President Uhuru Kenyatta had sent a delegation from Kenya led by Sports Cabinet secretary Amina Mohamed to Tanzania, to try and restore good relations among the two neighbouring countries. Kenya and Tanzania have been enjoying a foul relationship during the reign of the late President John Pombe Magufuli.

Kenya’s hopes of building an oil pipeline linking its coastal town of Lamu to Uganda’s oil fields were dashed after Uganda and Tanzania announced that they had signed an agreement that will see the pipeline re-routed to Tanzania’s coast instead.

And in what appeared to be a new twist in the never-ending drama among the three East African countries, Uganda said the agreement was a way of Uganda ‘reciprocating’ Tanzania’s past favours to Uganda.

This is the deal that had taken President Samia to Uganda after her predecessor died before completing the deal.

Kenya and Uganda have now agreed to abolish the trade barriers that have led to a sour relationship between the two neighbouring countries which saw various goods subjected to taxes against the East African Community (EAC) Customs Union Protocol.

A delegation from Kenya led by Trade Secretary Betty Maina has been in Uganda to deliberate on the matter after Kampala raised concerns over Nairobi’s imposition of taxes on goods coming in from Uganda and banning milk and poultry products.

Ms Maina met with her Ugandan counterpart Amelia Kyambadde as well as President Yoweri Museveni and it was agreed that both countries do away with the punitive taxes.

For instance, Kenya will scrap the 35 per cent duty that is imposed on gas cylinders that are manufactured in Uganda.

On the other hand, Uganda has agreed to scrap the 13 per cent duty that it has imposed on Kenya’s juices, malted beer and spirits, which it noted that it goes against the spirit of the EAC Customs Union Protocol.

Uganda’s State Minister for East African Affairs Julius Maganda said in February that his country was not ruling out taking Kenya to the regional court over continued trade blockade of many of its farm products.