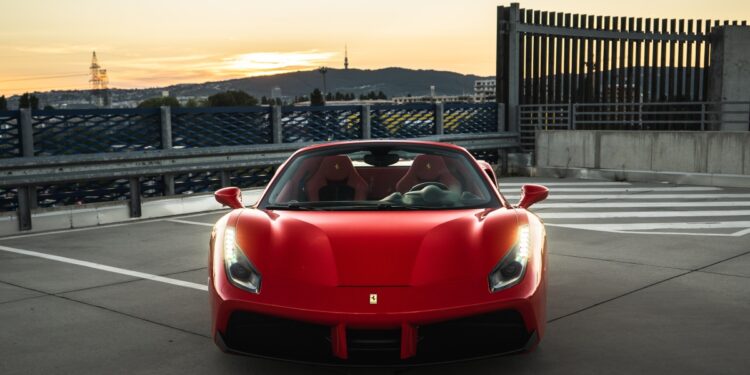 A view of a luxury car. Photo: Unsplash.

Health and fitness, retirement planning and leaving a family legacy are the top priorities for future-focused, affluent individuals worldwide

A new survey by Standard Chartered Bank has found that health and fitness, retirement planning and leaving a family legacy have been on the minds of future-focused, affluent individuals worldwide, including Africa, for some time.

According to the bank’s Wealth Expectancy Report, these priorities have evolved into new goals, prompting changes to how they manage their finances amid the ongoing global pandemic.

The 20-minute online survey of 15,649 emerging affluent, affluent, and high net worth respondents was conducted across 12 markets between June and July 2021.  The markets sampled were Hong Kong with 1,076 individuals, India with 1,501 and Kenya with 1,598 individuals.  Other markets sampled included Mainland China, Malaysia, Pakistan, Singapore, South Korea, Taiwan, UAE and the UK.

According to the survey’s findings, the pandemic has prompted the affluent to become more future-focused, with 82 per cent setting new goals.

The top three goals the report uncovered were improving personal health at 44 per cent of those who set goals, setting aside more money for their children’s futures at 39 per cent and ensuring a more comfortable retirement at 38 per cent.

“The proportion of affluent people with new goals was higher in fast-growing markets, including Kenya at 96 per cent, India at 94 per cent, and 92 per cent in Mainland China and Pakistan.”

The survey also found that more than half of the participants, at 53 per cent were prioritising improving their home and surroundings and developing personal skills, hobbies or interests more because of the pandemic – in line with the overall shift towards improving lifestyle and wellness.

The survey, however, found that the affluent need new strategies to grow their wealth, often involving more proactive investment rather than just saving cash.

Impact of Covid-19 on finances

It found that the pandemic has also caused many affluent consumers to lose confidence in their financial management, making them increasingly averse to risk.

The report notes that the pandemic potentially stopped some of them from putting their money to work through investing or using digital tools that simplify wealth management.

“Forty-two per cent, or 4 in 10 affluent individuals, said they are less confident in their finances after COVID-19, which has also reduced their risk appetite.”

“This lack of confidence may hold consumers back from diversifying their investments, limiting their ability to grow their wealth and preventing them from achieving their goals,” the survey found.

It additionally found that the emerging affluent have disproportionately suffered a loss of confidence, with almost half at 47 per cent, reporting less confidence compared with 30 per cent of High Net Worth individuals.

In contrast to the affluent individuals, those whose confidence grew during the pandemic – primarily High Net Worth individuals – are more willing to take financial risks and take a more proactive approach to their finances.

Over half of those with increased confidence have taken on more financial risk since the onset of the pandemic.

“More confident investors have a higher risk appetite and are more likely to try new investments or investment strategies. The ‘empowered investors’ are happier with their finances and have higher chances of meeting their new goals,” the report noted.

Marc Van de Walle, Global Head, Wealth Management at the bank, said that the finding suggests that those still growing their wealth need more support now more than ever to regain confidence in their finances and meet their life goals.

The report said the issue suggests a significant gap between current actions and future expectations.

“Starting to save late, combined with the post-pandemic confidence gap holding them back from investing, leaves many affluent people at risk of a significant financial shortfall for their retirement.”

The Standard Chartered Bank survey found that most of those who have not started saving or investing for retirement yet have not even considered what age they plan to retire.  The report cautions that it can be challenging to get savings and investments without a clear plan and timeframe for retirement.

“This may be why 18 per cent of those who have not started saving for retirement yet said they do not think they will ever fully retire.”

It, however, notes that retirement readiness across markets varies.  For instance, in Mainland China 61 per cent of consumers have not started saving for retirement. In contrast, in Kenya, the number drops to 17 per cent.

As per the survey’s findings, investors who have explored new ways to manage their money are reaping the rewards.

Whether it is diversifying into new asset classes, new investment strategies, or exploring sustainable investing, more hands-on investors are happier with their finances.

Almost all – at 94 per cent – of investors who had tried over five new investments or investment strategies reported being happy with their overall finances.

For instance, 38 per cent of respondents said they had set aside more money for their future, 37 per cent had researched new financial products, and 32 per cent had actively tracked the performance of their investments.

What were they investing in?

“This group’s level of proactive investment appears to be driven by a desire to meet long-term life goals.”

The survey noted that while affluent consumers need to be proactive in their financial management and take advantage of the range of investment solutions, tools, and information available – many do not feel confident enough to do this.

It called on financial advisors to play their role in bridging the confidence gap in this time of uncertainty, to ensure people do not get left behind.

Why most Kenyans suffer after retirement