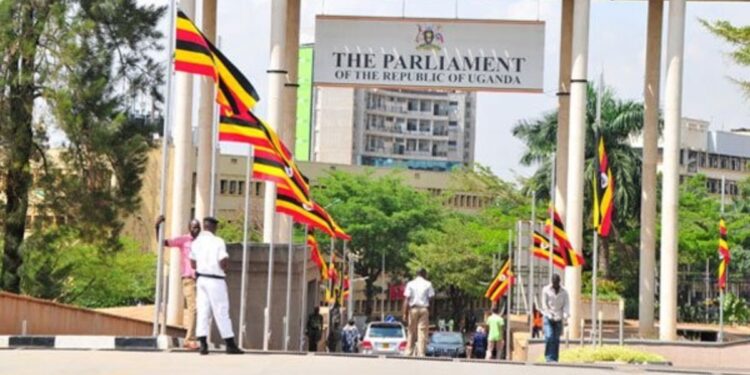 The Minister of State for Kampala Capital City and Metropolitan Affairs said there are plans where the public service vehicles will be moved from the CBD to the outskirts. Photo: file.

The Uganda parliament has been asked to exempt the tourism ministry, departments, and agencies (MDAs) from budget cuts in order to revamp the COVID-19 hit sector.

Bahinduka Martin Mugarra, the State Minister for Tourism, Wildlife and Antiquities said he was shocked by the persistent underfunding and budget cuts on consumptive items on tourism.

“The appropriation to the tourism sector has historically been below the threshold required for the industry to perform its role meaningfully. A sector that generates about 10 per cent of the GDP cannot be continually allocated less than 0.4 per cent of the national budget,” Mugarra said.

He spoke while presenting the tourism sector’s Budget Framework Paper for the financial year 2022/23 before the Parliamentary Committee on Tourism, Trade and Industry on Thursday, 13 January 2022.

The tourism sector has over the last two financial years lost over UGX 22 billion (US$ 567,063) on account of budget cuts on consumptive items.

In the coming FY 2022/23, the Tourism Development Programme has a Medium Term Expenditure Framework provision of UGX 176.9 billion (US$ 50 million), which is a reduction of USX 20.5 billion that the sector has as approved budget in 2020/21.

According to the Minister, their efforts to achieve faster recovery of the tourism sector are being derailed by inadequate budgets and subsequently requested the Committee to exempt the sector from budget cuts and also fund the sector’s key unfunded priorities amounting to UGX 87.2 billion.

The Tourism sector demanded that their budget ceiling for 2022/23 be increased to UGX259.1 billion from the current UGX176.9 billion if they are to revamp the sector that was seriously hit by COVID-19.

“Tourism has the high transformative power to Uganda’s economy if fully harnessed. If we can attract 100,000 additional tourists in the country, then our tourism exports would increase by US$98 million and add one per cent to the GDP,” Mugarra said.

The Committee pledged total support to enhance budget allocations for the tourism sector on the condition that they come up with creative and strategic interventions to attract both domestic and foreign tourists.

“It is a big concern that the tourism sector has budget shortfalls everywhere yet the sector has potential to thrive. We are going to support you. We can cut money elsewhere, and ensure that tourism is fully funded,” David Mugole Mauku (NRM, Kabweri County) said.

In a related story, The Gateway Research Center, a non-profit organisation has asked Members of Parliament to review the electricity and water tariffs, saying it is affecting the growth of businesses.

The organisation led by Susanie Nannozi  Ggoobi, the Executive Director, states that the Parliament of Uganda and Cabinet should discuss with the Electricity Regulatory Authority (ERA) to lower the monthly Yaka service by 50 per cent from UGX3,360 to Shs1,680.

The team made these proposals while appearing before the Committee on Finance chaired by Keefa Kiwanuka, on Tuesday, 11 January 2022.

Geoffrey Lukyamuzi, a policy analyst at the organisation said that the costs of servicing and electricity units are very high and crippling businesses.

He also called for the Value Added Tax on electricity to be reduced to lower the cost of doing business.

“The Parliament of Uganda and cabinet should dialogue with Uganda Revenue Authority, Electricity Regulatory Authority and the Ministry of Finance to lower VAT on electricity from 18 per cent to at most 10 per cent in order to lower the cost of living,” he says.

He also called on the MPs to urge Umeme, the energy distributor to increase the quantity of the first monthly domestic electricity units chargeable and reduce the current average electricity connection charges for both domestic and commercial consumers.

Susanie Nannozi Ggoobisaid that if such charges are revised, there will be a reduction in illegal power connections, power theft, increased new connections and high revenues.

She also called for revision of the water and sewerage charges, adding that monthly water charges should be lowered and that when meters are not in use, Ugandans should not be charged.

Research Gate Centre has also called for the reduction of internet tax of 12 per cent which has led to citizens purchasing low data volumes at high costs.

The Internet tax was introduced last year replacing the Over the Top (OTT) levy on data. The tax was replaced over its unpopularity and failure for the tax body to hit its revenue targets.

The MPs who received the petition said that although the concerns raised by the organisation were key, they needed to make it evidence-based and not simply a narration.

All you need to know about home loans