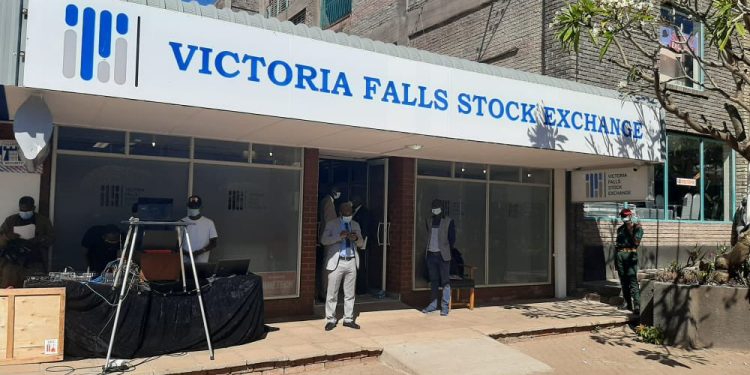 The Victoria Falls Stock Exchange or VFEX for short did not start with a roar or with a bang... It has been more of a whimper.

The foreign currency bourse located in Zimbabwe hasn’t fared as expected nearly 2 years into its existence. Companies in Zimbabwe are starting to list on the Victoria Falls Stock Exchange but not to raise capital. They are listing on that market for other reasons and not necessarily for what the core purpose of a stock exchange is.

Financial market pundits in Zimbabwe have postulated that it is not fair to judge the success of a new securities exchange unless the parameters are over a long-time horizon. This is a fair assertion. However, a close look at the bourse so far should provide investors and other financial market participants with enough perspective to form a position to enable them to objectively ascertain the trajectory it will take in the future.

From its inception, the VFEX attracted the following companies which have been listed on it PPC Limited, Seed Co, Padenga Holdings, Caledonia Mining Company, Bindura Nickel Corporation. A grand total of four companies have been listed on the foreign exchange denominated stock exchange… Hardly a listing boom…

These companies have through their listings raised no more than US$10 million dollars. It has been reported that diversified Zimbabwean miner RioZim Limited is mulling a listing on the bourse which would make it the fifth company to list. This is what is odd about the VFEX. The companies that are already listed on that are collectively worth over US$100 million (according to the VFEX website it has a total market cap of US$255,040,972)  and yet their listings raised far less than US$10 million.

If companies listing on the VFEX are not doing so to raise capital, then what reasons and motivations do they have for listing? The answer is not complicated at all. One needs to go back to the drawing board to examine why the VFEX was set up in the first instance.

The creation of the VFEX was not the result of proactive intuition and thought. It was more of a panicked reaction from the authorities. For those who may not be aware, economics in Zimbabwe is an extreme sport. Economic policies are inconsistent and can change at the drop of a hat.

Inflation has been an endemic problem in the southern African country. And when it started to rear its ugly head again the authorities were not going to contend with it. During the first episode of hyperinflation, the largest insurer in the country Old Mutual calculated what they called the Old Mutual Implied Rate which was essentially what the company opined was the exchange rate of the Zimbabwean dollar against the US dollar.

It must be noted that this implied rate of the exchange rate is no different from the price of the Mcdonald’s burger meal whose prices in different jurisdictions are calculated to ascertain the exchange rate. The OMIR did not earn Old Mutual any favours more so the fact that the company is listed on several stock exchanges from Johannesburg to Zimbabwe, to Malawi.

The company was accused of aiding and abetting the externalization of foreign currency. It was not Old Mutual alone. Seed Co and PPC together with Old Mutual had their shares suspended from the Zimbabwe Stock Exchange suddenly and without notice.

The contention was that they are companies that had dual listings.

PPC is listed on the ZSE and the JSE. Seed Co is listed also on the ZSE and on the Botswana Stock Exchange (BSE). The companies were not only suspended from trading the whole market was closed for nearly 2 months! This sent out a very strong and very negative image to the international community which was and already is jittery about investing in Zimbabwe.

One mining entrepreneur Lovemore Kurotwi famously described the investment landscape in Zimbabwe as a landmine and that investors should enter at their own risk.

It’s not hard to subscribe to Kurotwi’s view of the investment landscape in Zimbabwe. The companies that were suspended and in 2 instances were delisted from the ZSE were told that they were being investigated. Interestingly the investigations and their findings have never been made public and when the market was eventually reopened 2 companies remained suspended.

To the layperson shutting down the stock exchange for almost 2 months for unsubstantiated allegations might not seem like that much of a big deal but if a market as large and as integrated as the NYSE was to close during trading for as much as 1 hour the ramifications of such a move would be far-reaching and very damaging.

For Zimbabwe which is in dire need of foreign direct investment and has been declared to be open for business by the country’s leader, such an ill-advised move is surprising. When the market opened there was a mass sell-off by offshore investors and now most companies are owned by local citizens. Propaganda spin doctors would tout this fact to be a victory for local citizens. It will be difficult, however, to attract and retain foreign investors after they were spooked by that experience.

To calm the rattled nerves of foreign investors and hopefully lure them back to the southern African country, the finance minister then pioneered the creation of a stock market located in an international tourist destination trading exclusively in foreign exchange. His reasoning was that as tourists arrived in the country, they would also in some way be attracted to the VFEX…

The VFEX was created to accommodate the companies that had been suspended on the ZSE for being dually listed on other foreign stock exchanges and to transform Victoria Falls from being a tourist destination to an international financial centre as well.

The motive was right, but the execution was wrong…

As mentioned at the beginning the VFEX hasn’t roared to life. It has whimpered and limped along over the last 2 years. There are only 4 companies listed on its board and they hardly trade. The VFEX is highly illiquid. The volumes are low even for an exchange that has been around for 2 years.

When a securities exchange offers little liquidity in terms of depth and breadth that market loses its appeal in the investment community. There is just no incentive for companies to list on it. In an ironic twist of fate last year Seed Co applied to the ZSE to transfer its shares back to the mainboard… A stinging indictment of the hyped merits of a VFEX listing.

The country has been reliant on imports for a long time and these retentions have been blamed by businesses for making it difficult to sustain their operations because they reduce the amount of foreign exchange they can retain. The prospect of retaining 100% of their foreign exchange receipts has proven to be a strong incentive to list on a stock market which has empirically shown that it is inefficient at raising capital. This is where the real reason for listing on the VFEX comes into play. The stock market is now a regulatory haven for companies that generate foreign exchange from their operations and wish you to retain all their money.

Therefore a gold mining company that is listed on the NYSE and the LSE, that is worth at least US100 million will opt to list on the VFEX raising a nominal amount of money like Caledonia… The same can be said about Padenga Holdings, the crocodile skins and gold mining company. It has no need for capital to fund its operations since it runs a profitable enterprise. The VFEX is a regulatory haven.

Sceptics of the VFEX have often wondered why there was even a need to have a foreign exchange dominated bourse since as most people are already aware, the economy of Zimbabwe is already dollarizing a second time. Should the country dollarize officially what need, and the incentive would companies have to list on the VFEX?

Ab initio there should not have been the expectation that the market would take off like a bat out of a hill. The reason is simple a securities market is a meeting place where surplus units and deficit units come together to interact. Deficit units search for capital to fund their businesses and projects whereas surplus units search for securities to optimize their wealth.

If the volumes of trades on the VFEX from its inception to date are an indication to go by then the VFEX is not living up to its purpose as a funding and investment mechanism. There haven’t been any real offerings to raise capital on the VFEX. Surprisingly the market has started by developing a secondary market where shares of existing companies are sold to investors between themselves without any of that capital going to the issuing company.

Offerings denominated in foreign exchange would be a very hard sell in the Zimbabwean market without the buy-in of foreign investors. It is doubtful that should any company decide to aggressively pursue a listing on the VFEX to raise capital that company would most likely find its offerings undersubscribed. The answer for that is simple local investors and institutions just do not have the money!

So, in the meantime, they can successfully use it as a regulatory hack. List your company not because you need money but because you want to keep your money!