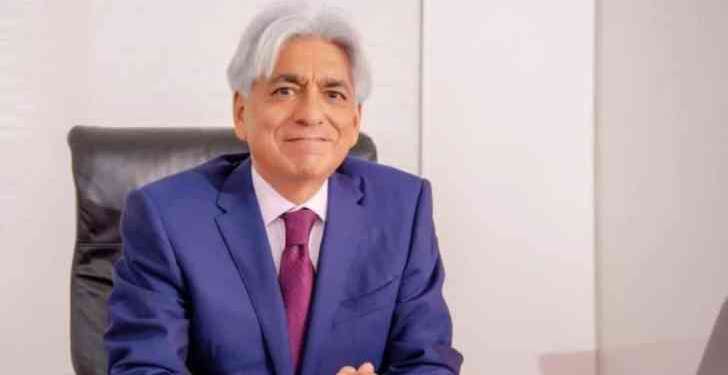 It is the end of an era for WPP Scangroup Plc founder and Chief Executive Officer Bharat Thakrar, 69, who just tendered his resignation as CEO and board member.

His resignation came just a month after he was suspended by the company together with the Chief financial officer Satyabrata Das over alleged gross misconduct.

Thakrar also resigned as director of the company’s subsidiaries and affiliates.

In a statement on Wednesday, the board said the investigation into the allegations of gross misconduct and possible offenses against the two executives will continue despite the resignation.

The board has delegated the authority to an interim Chief Operating Officer, Alec Graham.

“This is to ensure the continued management of the company, with the support of the Board and the senior executives of the subsidiaries,” it said.

WPP-Scangroup is a subsidiary of WPP and is listed on the Nairobi Securities Exchange.

It is the largest marketing and communication group operating a multi-agency model across multiple disciplines in Sub-Saharan Africa.

The group comprises several ad agencies among them Scanad.

Bharat Thakrar has for more than four decades prided himself as a dealmaker and king in corporate Kenya when it comes to building and protecting brands.

Bharat Thakrar built the WPP Scangroup with UK-based conglomerate WPP Plc from 2008 when he sold them a piece of the Nairobi bourse listed marketing firm is shattered.

Mr Thakrar’s partnership with WPP started in 2008 when Scangroup sold a 27.5 per cent stake to the multinational for Sh1.3 billion.

Before the deal, Mr Thakrar had always been the top shareholder even after taking the company public on August 29, 2006, when it raised Sh94 million through an initial public offering (IPO).

The deep-pocketed WPP brought in new capital and global expertise in the rapidly changing communications and advertising business.

Mr Thakrar on the other hand would continue to leverage his experience and extensive local contacts for the benefit of the company.

In return, he would run an even bigger empire as the company went on an acquisition spree and worry less about job security.

Since he took the CEO post in 1999, Mr Thakrar has always enjoyed an open-ended contract with the end of his contract marked N/A (not applicable).

The growth ambitions were realised and Scangroup went on an acquisition spree that included acquiring some of WPP’s subsidiaries in the continent.

This, however, had the effect of raising the multinational’s stake in the NSE-listed firm to the current controlling level of 56.3 per cent and diluting other shareholders including Mr Thakrar.

Mr Thakrar, who also sold some of his shares along the way, has seen his holdings drop to the current 10.6 per cent stake that he jointly owns with his wife Sadhna.

What Thakrar’s resignation means for Scangroup

Scangroup risks making a hefty exit compensation to the executives besides increased competition should the wealthy and well-connected Thakrar decide to build a new marketing services firm.

Mr Thakrar earned a total of Sh88.5 million in the year ended December 2019 alone, including a basic salary amounting to Sh49.1 million.

Mr Das, an Indian citizen and who was appointed to the CFO post in May 2019, was paid a total of Sh17.8 million over the same period. In an exceptional incentive scheme, Mr Das was given a total of 1.2 million Scangroup shares for free.

Scangroup’s share price fell 5.7 per cent to close at Sh5.6 on Friday last week after the announcement of the executives’ suspension.

Bharat Thakrar’s ouster came into the mind of the WPP team after one of the Chief Finance Officers, Jon Eggar, assigned to WPP-Scangroup failed to stay in his position because of the constant threats he was facing at work and at his residence in Karen.

Reports indicate that Jon Eggar faced so many threats and accusations at work and at home that he had to be removed from the country, incidences believed to have been directly sponsored and/or planned by Bharat Thakrar who never wanted proper accountability and structures at WPP-Scangroup.

Jon Eggar’s Karen home was robbed by armed thugs every other month and even when he tried to keep dogs, they were poisoned, something which scared him to his security.

While Jon Eggar was eventually removed from the WPP-Scangroup in Kenya as CFO and replaced by Bharat’s henchman Satyabrata Das, he was sneaked back into the WPP-Scangroup through a board appointment, something which should have alerted Bharat to the interest of WPP in Kenya and his impending ouster.

Jon was eventually removed by WPP from Kenya but appointed the Chief Financial Officer (CFO) of another agency group owned by WPP, AKQA.

Reports further indicate that with Bharat network in Kenya, he never believed that some foreign entities would come to Kenya and oust him from a company he founded. With Jon Eggar gone, Bharat appointed his friend and loyalist Satyabrata Das as the new CFO.

Satyabrata owed all his life to Bharat who not only plucked him from obscurity in India in 2009 but also gave him a job in Kenya and appointed his wife Sonali Das as the Executive Director of WPP-Scangroup owned public relations agency H & K Strategies.

Mr Thakrar’s troubles are a miniature replay of the ignominious ouster of WPP Plc’s iconic founder and chief executive Martin Sorrell in 2018.

Sir Martin left the multinational after the board investigated him for bullying junior employees and mixing corporate and personal spending including a visit to a London brothel.

Also Read: Is Investing in Africa a Sustainable Strategy?

It remains to be seen what evidence the Scangroup board investigation will reveal, their consequences and the response by the two executives.

In a statement on Wednesday, the company noted that it will continue with the investigation into allegations of gross misconduct and possible offences in their capacity as senior executives and employees of the company.