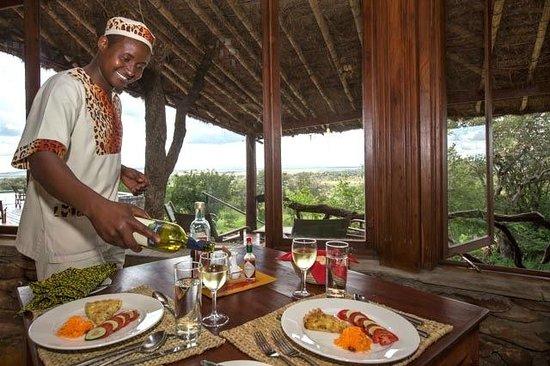 Why Tanzania could miss revisits from tourists.

Tourism industry in Tanzania contributes greatly to the economy and brands the country on crucial international pedastals.

The Kilimanjaro mountain scape, Serengeti fascinating landscape, the Ngorongoro conservation magical experience and the spice island exuberant moments in Zanzibar are just a few joyous tourist experiences, one can acquire in real-time when visiting Tanzania.

Nevertheless, this magnificent reality is a product of hard labour and constant update of policies, laws and modus operandi of the tourism industry in Tanzania.

However, over the past couple of years, the competition has spiced up pretty hard and other players are coming into the fold, naming two: Rwanda with its stunning hills scenery—investing millions of dollars to brand their industry (Visit Rwanda) and Uganda’s game viewing.

To say the least, Tanzania has competitors across the East African Community, and it is great—in the name of developing healthy economic pillars, which are driven by sustainable mechanisms to preserve natural resources and unify our regional economies.

The Tanzanian tourism sector contributes nearly 17.5 per cent of gross domestic product (GDP) and around 25 per cent of the forex earning.

Tanzania saw a promising rise in tourist numbers from 1.3 million in 2017 to more than 1.5 million in 2018. This ultimately increases the revenue mark to 2.4 million in 2018 from 2.2 in 2017, according to speech provided by the former Natural Resources and Tourism Minister, Dr Hamisi Kigwangala before the parliament for the financial year 2019/2020.

Tanzania has been using modern technological advancement to boost its recognition across the world. Through its tourism brand name Unforgettable Tanzania, it has broadcasted its magical experience on national and international media platforms, such as BBC Swahili and Doutche Well-Germany.

Despite this reality, the Tanzanian tourism industry has been viewed by some of the best actors in the industry as missing a crucial mark when it comes to customer services and developing great customer connection to spark a second visit soon.

Excluding the impacts of the Coronavirus pandemic (COVID-19), Tanzania could find it’s self a couple of steps behind its 2025 goal of maximizing its tourism potential by adding 5 million visitors and generating $6 million in forex from $2.5 billion per annum.

However, it is not only the stakeholders bearing poor customer services concerns that mar the development of the industry, but tourists review published online—particularly on Trip Advisor, suggest there is much to be to make tourism in Tanzania greater.

Trouble in the wild

In a rather candid fashion, an array of tourism stakeholders in Tanzania revealed that there are several issues ought to be factored in regarding a possible slowdown in revisits, especially “unsatisfying customer experience in the hands of hoteliers and other service providers”, The Citizen Newspaper January 03 edition cited.

There is nothing close to the perfect tourism industry in the world, but there are scenarios which can be averted, improved and handled in a much more professional manner.

In this context, the stakeholders find, poor infrastructure to be a limit factor in the growth of the sector, providing unrealistic customer expectations to visitors and absence of professionalism of which some propel fraudulent activities upon tourist.

Hence, a retired conservationist Erastus Lufungulo—who is also a tourist company told The Citizen that, tourists were forced to spend rather more because there were no direct flights from their source countries including Europe and the US to Tanzania.

“Our tourism is costly. This is because vising the country now is more expensive than vising Kenya or South Africa,” the conservationist stated.

These setbacks are crucial and could impact greatly the industry if they go unattended, as unprofessional tour guides keep on making the same mistakes that are cried over on trip advisor.

“Some tour guides take money from tourists, but strangely you can’t find them at airports to receive the tourists. Even when they show up to receive tourists, who pay them a lot of money, they do not provide quality services to them,” the conservationist said.

However, the chairman of Tanzanian Tour Guides Association (TTGA), Emmanuel Mollel noted that a multitude of taxes imposed on tourist companies and tour guides has caused a rather serious setback on tourists, as most of them find themselves unable to incur them, which ultimately compel them to hold their revisit plans.

“There are too many taxes as each passing day new taxes are introduced, forcing owners of tourist firms to hike costs so that they can make a profit,” said Mr Mollel.

There are over 20 taxes that are blocking tourists from experiencing Tanzania to the maximum.

As the world is now digitally connected, such terrible tourism experiences are easily shared among travels fast, via travel platforms such as travel advisor and trip advisor—whereby there are a couple of queries on the same issues raised by the stakeholders.

Further, the chairman questioned why some airlines were charging $500 more per ticket from Europe to Tanzania compared to when landing at other airports in neighbouring countries.

On the other side, the Tanzanian Porters Organization (TPO) secretary Loshiye Mollel confirmed that unprofessionalism within the worker’s realm has been a widely known nuance.

“So far there are some tourist companies against which we have opened cases at police stations for using our members to guide tourists on the mountain and failing to pay them. For such conduct, what sort of experience do they give to tourists visiting the country?” Loshiye told The Citizen.

As the world embraces new ways of doing business and enjoying luxurious occasions, Tanzania must recognize these challenges and address them effectively before, they go out of hand.

Despite the challenges, Tanzania is poised to expand its tourism sphere to the coastal corridor and embrace eco-tourism as another branch of recreation eyed by most visitors across the world.