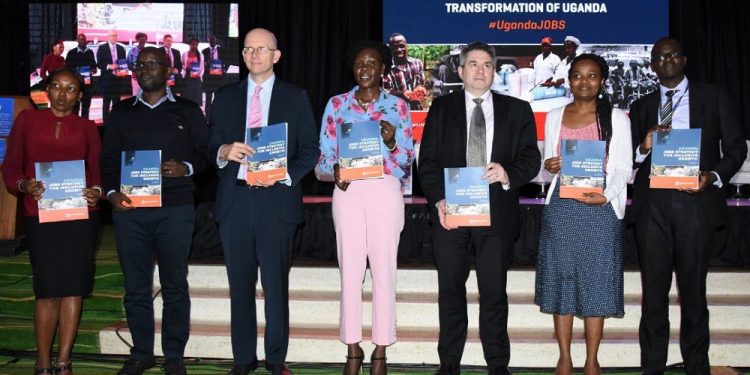 In Uganda, the World Bank reports that agriculture has remained an earnest tool for most of the youth.

Uganda’s growth in the economy has not been fast enough to create enough jobs with higher earnings for one of the world’s fastest-growing workforces.

In Uganda, the World Bank reports that agriculture has remained an earnest tool for most of the youth.

According to the Bank, youth unemployment is growing with each year, 400,000 youth entering the labour market and competing for only 80,000 formal jobs. In Uganda, 75 per cent of the workforce and 55 per cent of youth are engaged in the agriculture sector.

According to the report, Uganda is the world’s youngest country with a median age of just 15.9. From 2010 – 2015 the country also has one of the world’s highest fertility rates at 5.91 per woman.

“Youthfulness means the working population grew at a very fast rate of 4 per cent per annum between 2011- 2017. This will continue with the number of job seekers increasing in the coming generations.”

“We estimate that the working-age population will increase by 13 million people from 2017 to 2030. With one dependent per person of working age, and 1.42 dependents per employed person in 2017, dependency in Uganda is usually high,” Merotto said.

She added that in addition to creating more jobs for new workers, Uganda must increase average labour productivity faster.

“With most workers in Agriculture, raising agricultural productivity must be the cornerstone of a strategy for jobs and economic transformation. This must be coupled with the faster movement of young workers from agricultural employment into higher productivity industry and service jobs,” says Merotto in her report.

Uganda’s government needs to empower the private sector which will in return provide jobs to most youths, said  Evelyn Anite, the State Minister for Investment and Privatization.

“If we empower the private sector, they will be in a position to create these jobs, the number of jobs that the public sector of Uganda is just about 700,000 and we talk about 42 million Ugandans, so we have to resort to agribusiness for employment.”