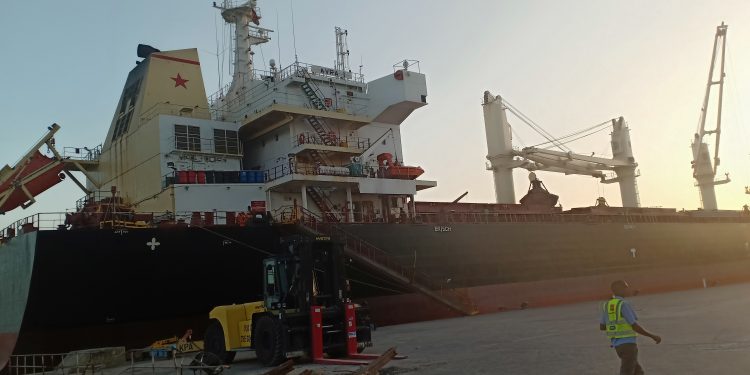 Ship carrying cargo at the Port of Mombasa- The Exchange

13 reasons why your cargo may be stuck at the port

Factors that cause delay of cargo according to the Kenya Ports Authority include the following:

Delay submitting cargo documents: These documents may vary from one cargo to another but if the importer fails to submit the required documents for the release of goods, that might cause delay incurring costs to the importer.

Delay in paying duty: Among the documents required for the release of cargo include those that prove that the importer has paid duty as well as other charges for the goods. If the importer waits until the goods arrive to begin applying for a loan to clear port charges, they may experience delay.

Import cargo, according to Mr. Mwandawiro, is ordinarily subjected to payment of duty and other taxes (since customs duties are instruments of fiscal and trade policy).

“Unless where the cargo qualifies for preferential treatment (under Rules of Origin e.g. COMESA, EAC, AGOA – there are 30 rules of origin in East Africa) arising from Trade Agreements between Kenya and other countries under WTO (World Trade Organisation) or where such goods qualify for tax exemption, for example, aid cargo,” he explained.

In Kenya, and indeed around the world, there are two main ways of calculating customs duty. These are:

These are various taxes, duties or fees which depend on the value of products, services or property on which they are levied. Ad valorem is normally expressed as a percentage of the value and most of the countries apply this system, for example, 10 per cent of the value of cargo, etc.

These are taxes, duties or fees that are levied on import cargo based on specific measures of such goods that consider number, weight, volume, area, capacity, and so on.

Combination of both Ad valorem and specific methods – for example 15 per cent of the value of cargo up to 30 tonnes, 200USD for every tonnage between 31 tonnes up to 50 tonnes, and then 300USD from 51 tonnes to 100 tonnes and so forth.

The choice of the rate depends on various factors, such as tariff policy objective which may include and is not limited to:

The most preferred method however is Ad valorem and as such, customs valuation becomes a major underlying factor for determining customs duty.

Engaging rogue clearing agents: Kenya Ports Authority has on its website listed certified clearing agents. Importers must ensure that the agents are genuine. Some agents also take on too much work and end up getting overwhelmed thus causing the importers unnecessary inconveniences and delays.

Importer not credible: When an importer has been flagged previously for trying to go round the system in a bid to evade certain payments, a system red-alert may result in specific importers to be thoroughly investigated to ensure they follow procedures to the letter.

When an importer dies: There are cases whereby importers pay for goods to be shipped, and they unfortunately pass on before goods arrive at the port. In such cases, the Authority has to wait for the next of kin to claim the goods and submit the necessary documentation as proof. This can cause delay especially if the next of kin was unaware that the deceased has a shipment coming.

When clearing agent delays in arranging conveyance: This happens when the clearing agent may have requested services of a truck that is on its way from delivering another consignment, resulting in delays in goods clearance.

When other agencies do not work 24 hours: Some agencies do not operate on a 24-hour shift, so delays are likely whereby documents are ready, but there is no one to clear them at the next stage, hence obliging the importer to wait until the offices open and processing of documents to proceed.

When sample results are not yet out: Sometimes samples of cargo are sent to Nairobi for analysis by the KEBS and the importer has to wait for the results to prove that the goods are good for consumption or they may need further investigation.

System failure: Occasionally, systems at the KPA are down and importers have to wait for them to be fixed to allow them to proceed with the clearing of their goods.

Accidents: Sometimes a container may fall off a truck causing a major delay as the officers on the ground are working to correct the matter.

Trends in business: Often there is a surge of imports at a specific time, which means that at that period there will be delays in trying to clear all the shipment as fast as possible.

So what is happening with the current containers?

Currently, goods remain stranded until the ACA, KRA and KPA come to some agreement on those that are fit for consumption.

The government support is the most that ISTA traders can adhere by. In order for them to ensure that goods are cleared, they must follow guidance laid out by KPA and ACA. The current bottlenecks are due to delays in various areas, but adherence to rules and regulations outlined by the government are key and must be followed, otherwise goods entering the country will continuously see delays.

The government has stepped up the war against illicit trade with recent activities seen from the Kenya Revenue Authority nabbing tax evaders as well as unscrupulous businessmen across the country.

This should therefore serve as a caution to traders as they bring in goods into the country.

The Exchange will run a three- part series on this investigative piece…Part 3 of 3.

The development of this report was made possible due to a grant provided by the Aga Khan University’s Graduate School of Media and Communications. The report remains to answer where the goods stand at the moment as the spokesperson of ISTA Mr. Kapai, the only person authorised to speak on the subject matter, has been on travels since January.