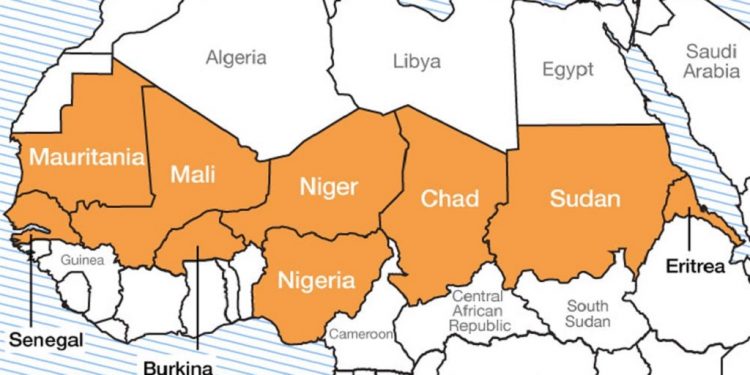 The Sahel Belt which will benefit from the largest solar project in the world. AfDB President Dr Akinwumi Adesina says finance, energy and stability are the three main obstacles to private sector development in Africa. [Photo/The Conversation/Zenobia Ahmed]

The African Development Bank (AfDB) President Dr Akinwumi Adesina has told the African diplomatic corps in Seoul that finance, energy and stability are the three main obstacles to private sector development in Africa.

Adesina has identified the three main obstacles to private sector development as access to finance, energy and stability.

The Bank has also invested USD 630 million in First Rand Bank and AbSA in South Africa to support expanded access to trade finance for 20 countries.

This financing effort includes small and medium-sized enterprises, which represent more than 80 per cent of businesses in Africa.

In this respect, Dr. Adesina cited the Asian example, where large companies relied on value chains dominated by SMEs including suppliers and subcontractors.

AfDB’s strategy is to develop large companies while connecting them to SMEs for increased value creation.

Largest solar project in the world

To address the challenge of lack of energy in Africa, AfDB has made access to electricity a top priority.

Its ‘Desert to Power Initiative’ will develop an estimated 10,000 MW in the Sahel region, making it the largest solar project in the world.

“Without electricity it is impossible to industrialize Africa,” Adesina said.

AfDB plans to make Africa a renewable power-house through the Desert to Power Initiative. The solar project is set to stretch across the Sahel region. On completion, it is expected to connect 250 million people with electricity by tapping into the region’s abundant solar energy.

The Bank says that energy poverty in Africa is estimated to cost the continent 2-4 per cent of GDP annually.

He says, “This provides a strong indication of global interest in Africa’s emerging markets.”

Experts say in order for the African Development Bank to continue supporting the continent’s development, a general capital increase is necessary.

According to Adesina, an USD 11 billion increase in paid-in capital for example would significantly change the lives of millions of people, including 105 million who would have access to electricity.

The dean of the Board of Directors of the African Development Bank, Abdelmajid Mellouki, estimates that a general capital increase would enable the Bank to provide African countries with funding at significantly lower costs.

Adesina spoke during his three-day visit to Korea which includes several official visits.

He is also to receive the SunHaK Peace Prize awards for which he and co-laureate, Waris Dirie a well-known activist against female genital mutilation, are the 2019 nominees.

This is the first time the SunHak Peace Prize has been awarded to the African continent.

You can also read if Africa really need coal power plants and how the Congo River could power Africa.

How NSE listed firms have failed on corporate governance

How a Kenyan blockchain research project will help California