Former Uchumi Sarit Centre, Nairobi. The retailer has closed more than 30 shops in the country and the region.

Uchumi has been located at the Sarit Centre for over 30 years and was among the first tenants.Management says it is in search of cost-effective retail space as it continues to align with the changing trends in modern trade.

by Chacha Mwita
in Burundi
0
Share on FacebookShare on LinkedIn

The loss-making retailer has said it is in search of cost-effective retail space, as it “continues to align with the changing trends in modern trade.”

The Nairobi Securities Exchange-listed retailer said late Friday, that the changes are part of its efforts to streamline its store portfolio and intensify cost efficiency efforts per store.

The closure of Sarit Centre branch, which now cuts down the retailers’ total number of stores to 16, will end a three decade era at the mall, one of the first and oldest in Nairobi’s Westlands area.

The closure will take place at close of business tomorrow, Sunday, February 25.

“Uchumi has been located at the Sarit Centre for over 30 years and was among the first tenants. We wish to thank the management for their support over the years and also grateful to all our loyal customers who have stood with us,” Chief Operating Officer Andrew Dixon said.

“We are committed in ensuring a seamless experience for our customers and will be exploring possible relocation at other venues for our most unviable stores to more cost-effective and strategic locations as part of the ongoing strategy to manage cost, settle debts and optimise cash flow,” he added.

Dixon said Uchumi remains focused on executing its key initiative to drive improved performance, in an effort to strengthen its capital structure to support the business going forward.

Speaking on behalf of the Sarit centre, Chief Operating Officer Nitin Shah said: “Uchumi was our first tenant when we opened Sarit Centre and we have had a long and good relationship.”

The retailer, one of Kenya’s oldest supermarkets, has over the last one year closed a number of branches in major towns across the country, as it seeks to cut on operating cost amid a huge debt owed to suppliers.

In October 2015, the retailer shut down its operations in Uganda and Tanzania to stop what it termed “financial bleeding”.

The management said while the regional outlets made up 4.75 per cent of the retail chains operations, they accounted for 25 per cent of operating costs, while they recorded loses.

Unpaid debt almost brought the retailer to its knees last year, after a large number of suppliers cut provisions, leaving its shelves empty.

The retailer has recorded a series of loses in the last two years with its debt widening by 63.5 per cent in the six months to December 2017.

It recorded a Ksh895.2 million loss for the six months to December, compared to Ksh547.3 million loss recorded in a similar period in 2016.

Uchumi has been struggling to remain in business, closing non-performing branches to cut on operating cost.

The retailer has also been off-loading it assets as part of a debt settlement plan.

Among them is the building that hosted its flagship Ngong Hyper outlet in Nairobi which sat on a 2.5 acre land, put up on sale in October 2015.

On Friday, the retailer announced it is in the final discussion with a potential buyer of its Kasarani land.

“The sale of the Kasarani land is a step towards restoring the business to a sustainable level as we continue to pursue more long-term initiatives that will lead to Uchumi’s profitability,” acting CEO Mohammed Mohammed said.

The retailer is also counting on a private investor to inject about Ksh3.5 billion to support its countrywide operations.

It is in talks with a private investor from Asia after equity firm-Kuramo Capital pulled out of a capital injection deal.

The retailer received a boost in December after the government released Ksh700 million which is part of a Ksh1.2 billion bailout plan, which allowed it to restock some of its branches.

Its struggles come amid growing competition in the local retail space by both native and multi-nationals.

Local retailers which have remained aggressive include Tuskys and Naivas, which have beaten the odds to expand their footing in the country. 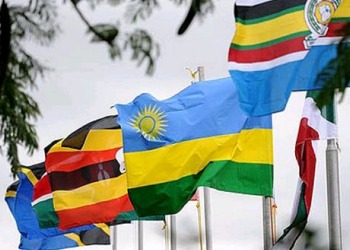 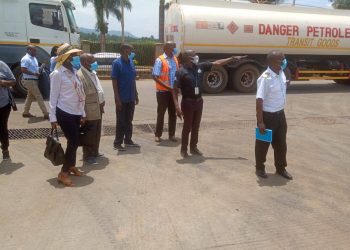 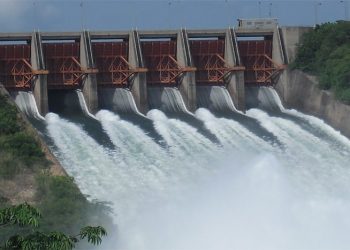