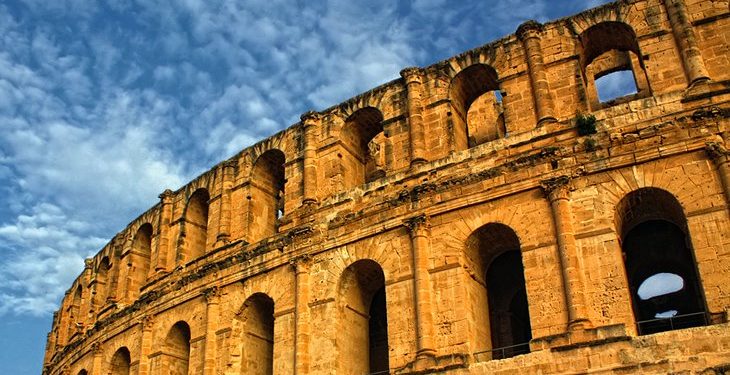 The tourism industry in Tunisia generated over $ 2 billion in revenue, attracting over 9.5 million visitors in 2019, a 13.6 per cent increase.

Tunisia, one of Africa’s top exotic tourists’ destinations fate is hanging in the balance, due to the novel coronavirus (COVID-19) pandemic threatening the sector, as more than $1.4 billion and 400,000 jobs are at stake.

According to information from Reuters, an official document showed Tunisia seeking a loan guarantee from bilateral partners to issue sovereign bonds this year.

Further, Reuters highlighted that, in a letter sent to the International Monetary Fund (IMF), Tunisia’s central bank governor and finance minister said the country’s economy would shrink by up to 4.3 per cent, the steepest drop since the nation’s independence in 1956.

The IMF, which approved on Friday a $745 million loan to Tunisia to counter the consequences of the coronavirus, said a new funding programme with Tunisia could start in the second half of this year.

Hence, the size of the new programme remains unknown.

Earlier this year, the Tunisian Minister of Tourism Rene Trabelsi said the number of tourists increased by 13.6 per cent in 2019 to 9.5 million. Also, in 2019, the tourism sector in Tunisia generated about $1.5 billion.

The North Africa country has already confirmed 747 cases of the virus and 34 deaths, and last month imposed a lockdown set to last until at least April 19.

The virus outbreak is hammering Tunisia’s tourism sector responsible for nearly 10 per cent of gross domestic product (GDP) and is a key source of foreign currency.

“We are working with partner governments on a potential guarantee for future sovereign bond issuances in the currently difficult international context,” the central bank governor and finance minister wrote in their letter.

However, the lender said that the fiscal deficit in Tunisia would rise to 4.3 per cent of GDP this year, compared with 2.8 per cent originally expected, due to the need for extraordinary expenditures over the virus.

As part of its 2020 budget, Tunisia plans to issue bonds worth up to $877 million, but officials have not given any details or date for the issue.

The Fund added that if such a guarantee were not forthcoming, Tunisia would need to seek alternative financing that could involve a syndicated loan from international banks.

In the letter, Tunisia pledged to contain its public wage bill, reform public companies and reduce subsidies for electricity and natural gas.

Also, the nation’s Prime Minister Elyes Fakhfakh said this month the government has allocated about $1 billion to tackle the economic and social effects of the crisis.

The COVID-19 pandemic is hurting the African tourism and travel sector is bad, as African Union study on the impact of the virus on the African economy, revealed that, the industry could lose about $50 billion due to the pandemic.

READ:Coronavirus and Tourism, the demise of the African Safari