COVID-19 in Africa: Why Nigeria seeks $6.9 billion to combat the virus 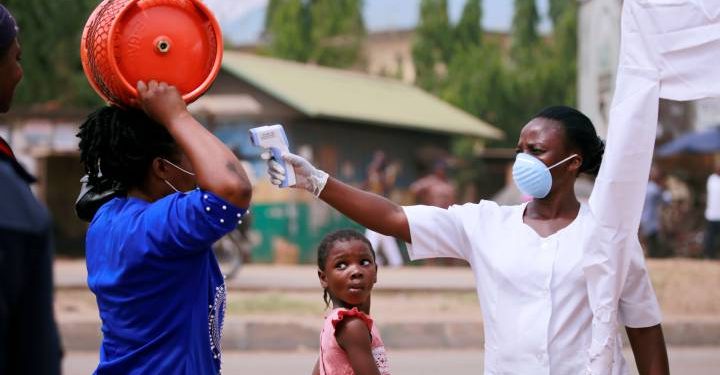 Coronavirus in Nigeria: En. As: Exchange

Nigeria, Africa’s populous and largest economy is planning to raise about $6.9 billion from various multilateral lenders to assist their efforts towards curbing the spread of the novel coronavirus (COVID-19).

According to information from Bloomberg, the nation’s Finance Minister Zainab Ahmed told reporters Monday in the capital, Abuja that, the government will seek $3.4 billion from the International Monetary Fund (IMF), $2.5 billion from the World Bank and a further $1 billion.

The highly contagious pandemic has hit the region’s largest economy hard as plummeting oil prices and capital flight threaten to push the economy into recession. Nigeria has reported over 230 cases of the coronavirus and 5 deaths so far.

Bloomberg reported that Fitch Ratings earlier on Monday followed S&P’s March 26 decision to downgrade Nigeria’s credit rating further into junk territory, citing its dependence on oil, which represent about half of the government revenue.

However, Nonso Obikili, head of the Turgot Centre for Economic Policy Research in Abuja said the decision to seek IMF support is “unprecedented by Nigerian standards and it’s clear they are very worried about finances going forward,”

Further, he said “But this is the easy part. There are more fundamental macro and fiscal issues that will need to be tackled once the pandemic goes away.”

Also, McKinsey & Co. said in a report last month that Nigeria’s economy could contract 3.4 per cent this year. That would be the most since 1983, according to World Bank data. In a worst-case scenario, in which the outbreak becomes more widespread both domestically and abroad, McKinsey said the economy could shrink almost 9 per cent.

As other African central banks, Nigeria’s central bank last month devalued the naira because of the collapse in crude prices.

The government should allow its currency to depreciate further, implement reforms to lift tax revenue and remove fuel subsidies that are a burden on state coffers, according to analysts including Mohamed Abu Basha, head of macroeconomic analysis at EFG Hermes.

According to information from Bloomberg, support from the IMF will be under the fund’s rapid-credit facility and may be released in six weeks, with no plans to enter into an IMF program, Ahmed said.

The government also cut the average oil price used to calculate this year’s budget to $30 a barrel, from $57, and lowered its oil-output forecast to 1.7 million barrels a day from 2.18 million.

The Nigerian government uses about a quarter of its budget to pay for the debt, compared with 5 per cent for health-care spending, according to Finance Ministry data.

$379m from World Bank for data and statistics in West Africa

Effective government messaging can save lives