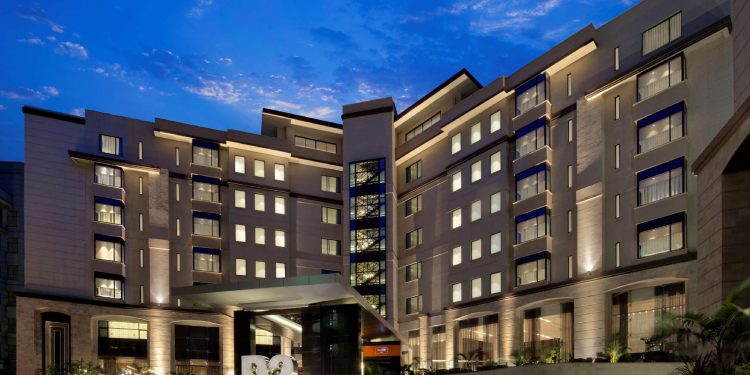 The Dusit D2 Hotel in Nairobi stands almost defiantly. After the terror attack on Tuesday January 15, 2019, the hotel says it will remain closed until further notice. [Photo/Agoda]

by Njenga Hakeenah
in African Entrepreneurship, Countries, Crime
0
Share on FacebookShare on LinkedIn

The Dusit D2 Hotel has announced the closure of its premises on 14 Riverside Drive in Nairobi until further notice.

The hotel adds that it will continue supporting all efforts in resolving the issues arising after the attack.

The management says it is in contact with authorities and organizations taking part in the rescue efforts.

“Our guests and upcoming reservations are being relocated to other hotels in the city, and the hotel is closed until further notice,” the statement adds.

The management is also condoling with those who lost their loved ones during the attack.

Efforts are ongoing to get in touch with all staff members and guests who were at the hotel to ensure they are all accounted for,” the hotel said.

The management added, “Our heartfelt condolences go out to those who have lost loved ones during this attack and our prayers go out to the families and friends of those affected.”

During the attack, a Kenyan footballer and an American investor were among those killed by terrorists.

The complex situated in the affluent Riverside area of Westlands in Nairobi, Kenya fell under attack from ‘criminals’, according to Kenya’s Interior Security Cabinet Secretary Dr Fred Matiang’i.

James Odu Cobra died a few hours to his birthday just after tweeting a few minutes after the attack began questioning the happenings outside the Dusit Complex.

The football enthusiast posed, “Waaaah. What’s happening at 14 Riverside fam? Any news from out there?”

On learning of his death, BBC Journalist Larry Madowo eulogised Cobra as a friend from university.

He said, “It was the eve of his birthday. He was one of the nicest, happiest people I’ve ever met. Rest well, Odu, nind maber. The world is better because you lived.”

“The cousin Feisal Ahmed Rashid and his friend Abdalla Mohamed Dahir as they were having Lunch at the restaurant,” he stated.

The American, Jason Spindler, is the Founder and CEO of I-DEV International.

Spindler was one of at least 14 people who lost their lives in the Tuesday afternoon terror attack at the Dusit Complex.

“It’s with a heavy heart that I announce that my brother, Jason Spindler passed away this morning during a terror attack in Nairobi. Jason was a survivor of 9/11 and a fighter. I am sure he gave them hell,” Jonathan stated.

I-DEV is a strategy and investment advisory firm focused on growing high-impact businesses in emerging markets.

It is focused on supply to informal stores, kiosks or micro and medium sized vendors in African urban markets and it has aUSD 10 million expansion plan following new IFC funding.

Twiga looks at scaling throughout Kenya and into other major African markets.

Another company that has worked with I-Dev International is cook stove maker BURN which also is a Global Good partner in providing clean energy to households in sub-Saharan Africa.

I-DEV has been Burn’s Sole Sell-Side Advisor from the beginning.

“To date we have helped Burn successfully close 4 rounds of debt and equity financing. Most recently, I-DEV helped Burn Manufacturing close its Series B round which was led by Acumen and Lundin.”

The emerging markets in Africa have been dealt a blow with Spindler’s death and especially the companies that have worked closely with him.

For the sins of our fathers: Kenyan youth feel the heat of past economic crimes

Tanzania’s hardball with America and the EU drives down investors